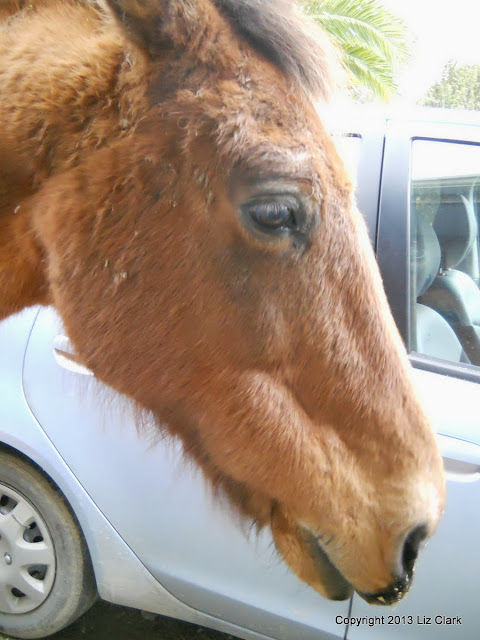 Funny how I had to think of that old song "Monday Monday" by The Mamas and The Papas (1966 or so) on this dreary cloudy Monday here in Northland. Last week we had a huge storm that lasted a couple of days. The old horse turned up for his feed shivering and soaking wet. He wrecks his covers, and didn't have one on. Fortunately, Gillian had given me a new replacement cover to use, thanks to Inaya's help we got it on him in the wind and the pouring rain. For once he's actually not destroyed it, the last cover he had he tore it to little shredded bits and pieces. I wonder if he will make it through next winter. He hasn't done so well this year. At his great age, each year that follows is getting more of a struggle. But he's still holding his own so far. Glad he's a cross-bred and one of the toughest horses I have ever owned. We adore him. I just hope I never have to make that horrible decision to have him put down because something happens to him. That day I hop will never come to pass. 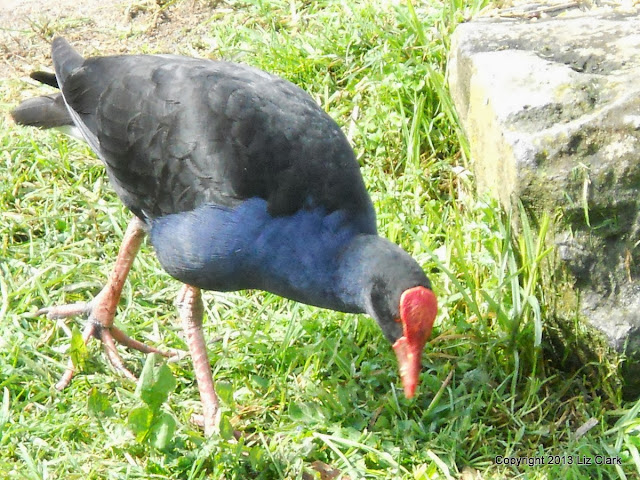 We've had a pair of Pukekoes show up around the house in the last few days. I think they may be nesting in the blackberry somewhere down by the stream. This photo I actually took in the Auckland Zoo carpark three weeks ago. Lovely birds, but sometimes they can destroy the garden. I just leave them be. I also had a pair of Paradise Shelducks also turn up yesterday around the house. That's the first time I've seen them so close where we are. Usually they're down in the paddocks well away from us! 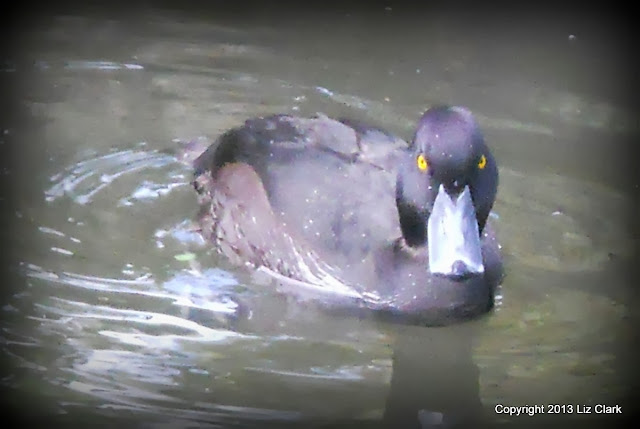 This little duck is called a Scaup Duck. They're only found here in New Zealand, and are known as a diving duck. I'd love a pair living on the farm, but of course that won't ever happen. My dam wouldn't be big enough for them for starters. Over the next two or three years I'm going to gradually retire our native bush from grazing. We have the problem right now of possums overbrowsing the trees, these pests do so much damage to our native birds and forests. I can't blame the possums, I blame the idiots who decided to introduce them in the first place. I also have the issue of a horrible weed called Wandering Dew. Something else we will have to keep well under control as the bush regenerates. 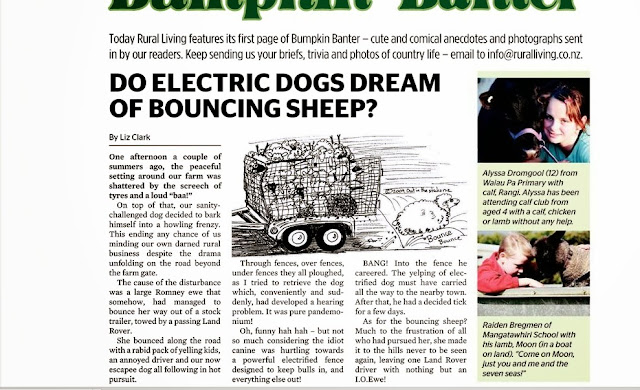 And another of my insane stories has been published in the Rural Living Magazine. Check out the digital copy of the magazine as well. This month's issue has some great stories. The one I really enjoyed was about a couple who have been breeding Red Devon cattle on their lifestyle property in South Auckland. We had a couple of  Red Devons here. One of them we referred to as "The Tart" she was definitely not characteristic temperment-wise of the breed. Even so both cows produced very nice calves sired by the big hereford bull we used to have here. This year we hope we can get Riverlets Patrick, a very nice Miniature Hereford bull coming to visit the two jersey cows and put them in calf. The Terrorist was a twin so I don't know if she will take. She seems okay, since she has been bulling every three weeks without fail. So she might yet end up with a calf next year. Inaya was away in the weekend at a St John Cadet Drill course. She's done so well in the cadets, and only has one more badge to get after this to obtain her Grand Prior in the Order of St John. We now have the school holidays starting, I guess I'll have the bored kids syndrome for a couple of weeks along with it! Well that's me for another post. When I think of more to write then I'll be back! And below is that song I mentioned. Enjoy!