With the threat of a claw looming I'm blogging any way 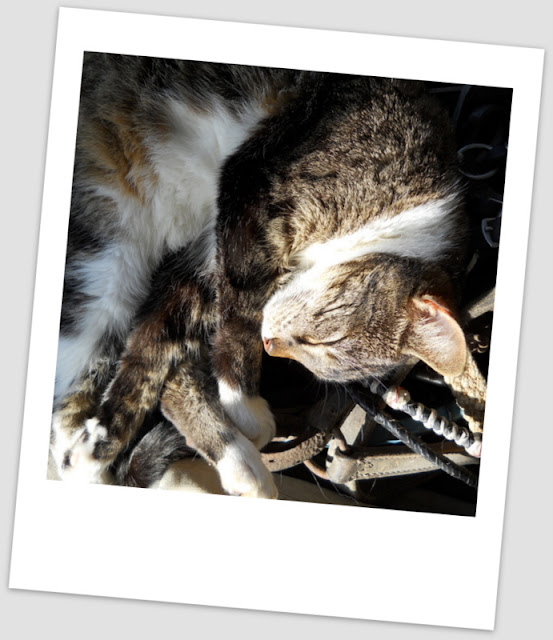 It's been a while since I've blogged. Even the threat of the above putting claws into me will not deter me this time from writing at least something! 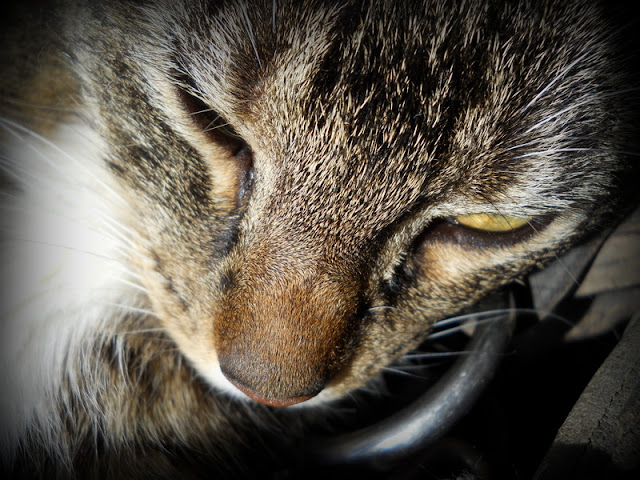 I just have to say one thing about cats. They own us - we don't own them. Emerald here has decided Inaya's bed is no longer in vogue. Instead, for some really odd and bizarre reason, she's taken to sleeping on the bucket of horse gear, that has bits of bridle, broken halters, and other horsey type junk, only someone with horses could accumulate over a couple of decades. 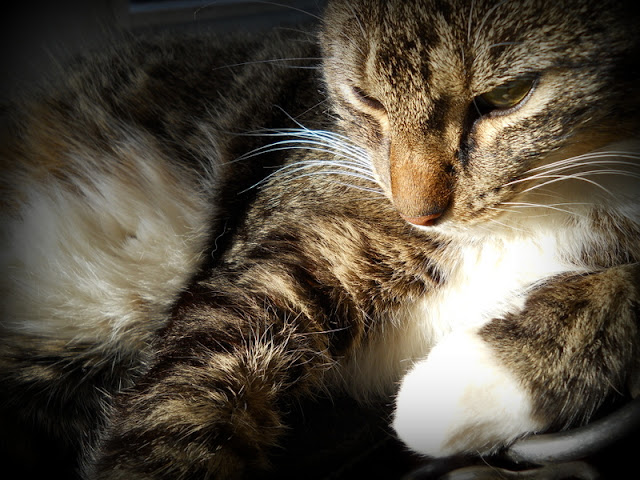 Clearly she has claimed ownership of old said horse junk. And will not shift from said location in a hurry. Eviction is not an option with the threat of an evil set of claws being embedded in the skin of one's hand maybe it's just better to leave sleeping cats lie (excuse the pun). Meanwhile... 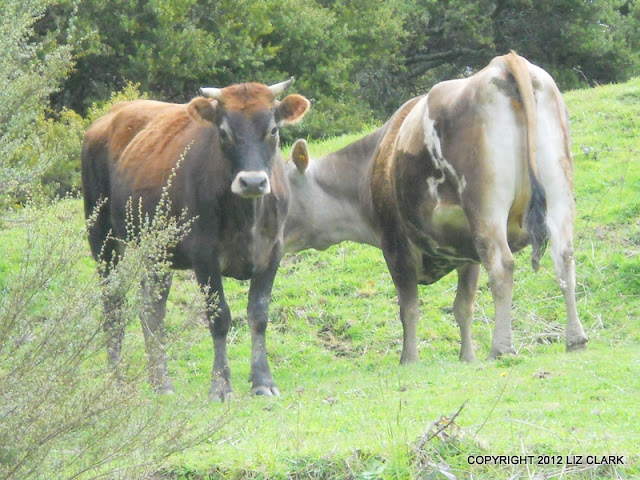 One morning, three cows appeared back on the farm. Two, I recognised as being certain cows of mine, that tend to vanish off over to Terry's every other day through the back fence. But the other had horns? I had to look twice! Yes indeed we seem to have an extra one for now. She's been here a few weeks. Probably from our neighbour's a little further on down the road. I'm sure he's seen her, so sometime hopefully, he'll come and get her. 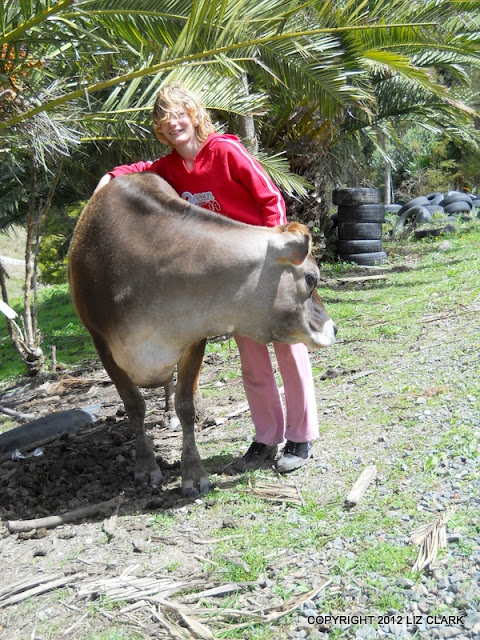 As for the Terrorist, hard to believe she is now four years old, and Michelle pictured with her is almost 14 years old. Michelle is sprouting like a weed. She's my height now and I'd say she will be even taller by next year. My other daughter Inaya has become quite the young writer. She's very talented with her words. She's now 15. My kids are growing up! 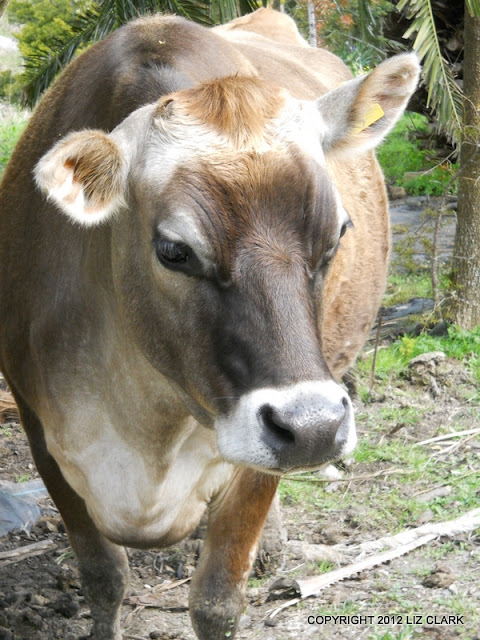 The Terrorist for all her trouble making ways, is very much part of our family. Yes we know she is a cow. But her personality makes up for the bovine trouble making. This year my lovely friend Janet who writes the Hereminis Blog is sending over one of her stud bulls Riverlets Absalom or Abe as he is known to run with River and Terrorist. River will be a second calver, this will be the Terrorists first time running with a bull. She's actually a twin so we don't know if she is going to take. She's been cycling every three weeks so I don't see that she won't get in calf. The calves after they are weaned off the cows will be sent to Janet. She's trying  a scheme where Miniature Hereford Bulls are put over Jersey breed cows. I've always found Hereford x Jersey meat to be very very tender. 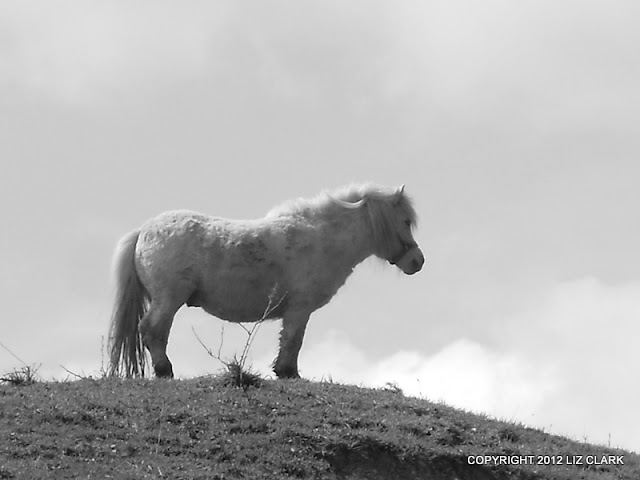 And last, but not least, the naughty little mini horses decided to help the other two escape into Terry's race yesterday afternoon. Tempest and Spiritus managed to get the big gate open. So off they went, along with Ranger and the old man  for a little walk. They didn't get far! Both race gates were shut, so we got them chased back into paddock and the gate firmly wired and chained shut. As for me I have to go and chop blackberry. The stuff is everywhere! I'll take some photos of what was grass area so you can see what one year's growth can do.. Now it's ALL blackberry canes. Lovely NOT! Now it's war declared. The blackberry and the rest of the pest plants here are for it. AS for my protests I guess I'll have to talk to the paw below.... 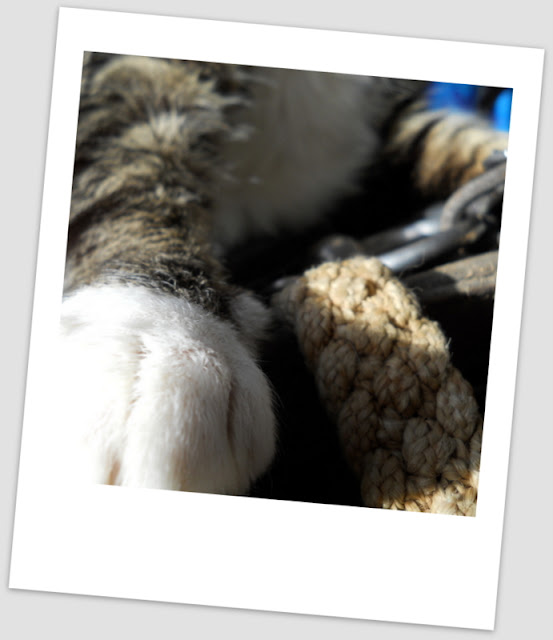