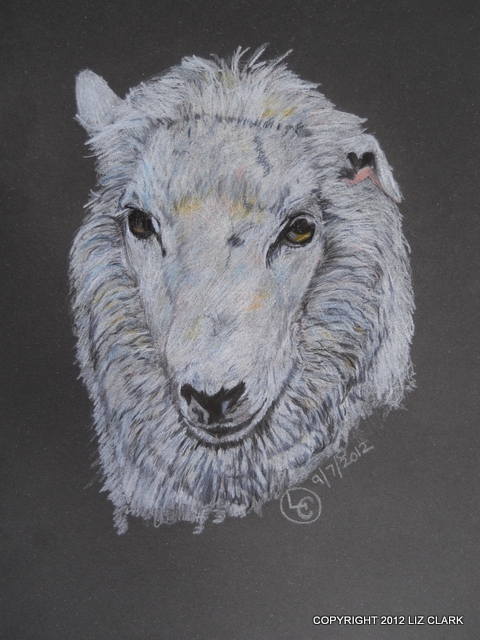 I know I was after I ended up tripping over the kid's shoes the other morning. I accidently stepped on the cat's tail when I was in the process of trying to stop myself from falling over. Result cat claws in leg. Ouch! While on the subject of sheep I did this over the last couple of days. I haven't done many farm animals - even though I do live on a farm. It's the first and only artwork of a sheep I've done so far. They aren't my favourite animals, but for subject matter they do make nice portraits. 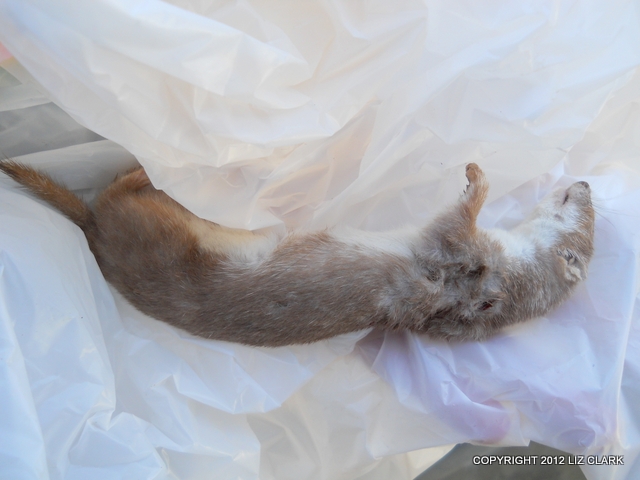 On a less pleasant subject, one of the cats tried to bring her latest kill inside one of the girl's bedrooms. Fortunately Michelle closed the window before Dream could deposit this rather smelly and nasty little stoat, she had somehow caught. We don't see them often and it's the first time I've seen one of the cats catching one. The kids weren't sure what it was, just as well I told them not to handle it. Stoats leave a very unpleasant stench if they're caught. Dream the cat dropped it - she didn't like the smell of it at all. I took a photo of this horrible little pest mainly so everyone can see what a stoat looks like. They kill off our native birds, so trapping them isn't a crime here in New Zealand. The Department of Conservation considers these pests as Enemy number 1 - they done that much damage. You can read more about them on the DOC website here.

If you're interested in history of any kind then check out the Colonial Film Database. It has a range of fascinating footage from the British Colonial Period. Everything from Royalty visited the Empire Exhibition at Wembley in 1924, to elephants in India and scenes of Africa, Australasia and other parts of the former British Empire. Worth checking out. You can view the archive here.
Email Post