Disaster Day - Ends up a well done you day 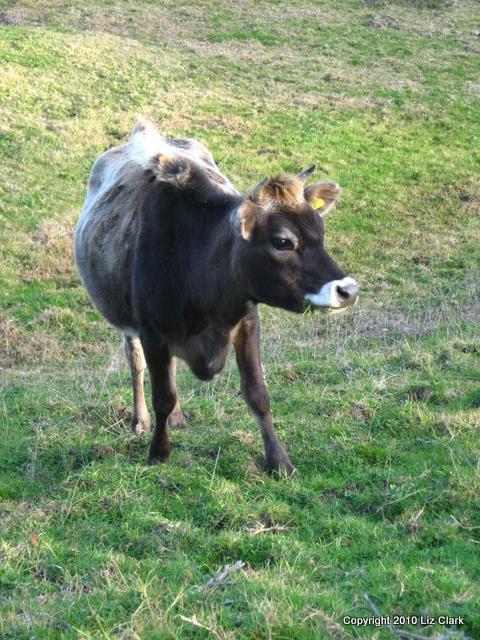 Every now and then....we all get to have a dose of one of those days. The kind of day that starts off with early morning phone calls on a Sunday Morning, when all you want to do is sleep in. Or...in my case escaped small Terrorist Jersey cow getting into Grandma's garden. *sigh*.....

Ongoing saga me, and that damned useless electric fence. No sooner I fix it, then something else falls on it, and shorts the thing out...yes one of those days. Just seemed to be everything was being heaped on me of late. Too much stuff and keeping up was getting a bit too much.

After the second time of having to go up and nab that darned Terrorist I tied the little toadie up, so she couldn't go back and annoy Grandma - or eat all her nice plants. Enough is enough I growled doing my usual stomping around and saying as Mr Spock once called it 'colourful metaphors' about certain little jersey cows soon to turn three years old.

I'm surprised the Nuclear guys didn't turn up to measure the amount of radiation coming from our way after I had my small nuclear explosion. That might explain why now I'm a green glowing entity at night time ? Just one too many nuclear blasts of a temper tantrum and I've..mutated perhaps. Never mind I'm sure they'll find a use for a green glowing night creature sometime in the future. Freak show comes to mind...but hey I'll accept whatever the mad scientists suggest.

I resolved to get that damned fence fixed properly once and for all today. No more quick fixes or thinking I don't have the time to do this. Not today. Today I hauled out the fencing gear found the wire I needed, and with the help of my youngest daughter set to work making a new fence.

After several hours of muttering about darned wire, and other 'colourful metaphors' included in the vocabluary me and the kid got that fence finished. Hooked on the rather bombed out polywire for the night.

As for certain little jersey Terrorists. She is tied up for the night on her rope and halter. No more sneaky garden tours for her. We are done with that - done, dusted and I guess polished as well.


And out a disaster day was indeed a well done you day. My youngest got to choose what she liked for extra on her dinner plate tonight. Me - I am just totalled, heading for snooze land and hoping there will not be a dead of night hoax phone call made by the 'Protect all Rotten Marsupial Sods from that crazed Mad Bush Farm Personage and her evil kids League' Errmm...they have their meetings in an old dunny down by a clump of noxious weeds every Friday. Take a chair - the thorns are a bit sharp in the blackberry bushes there.
Email Post