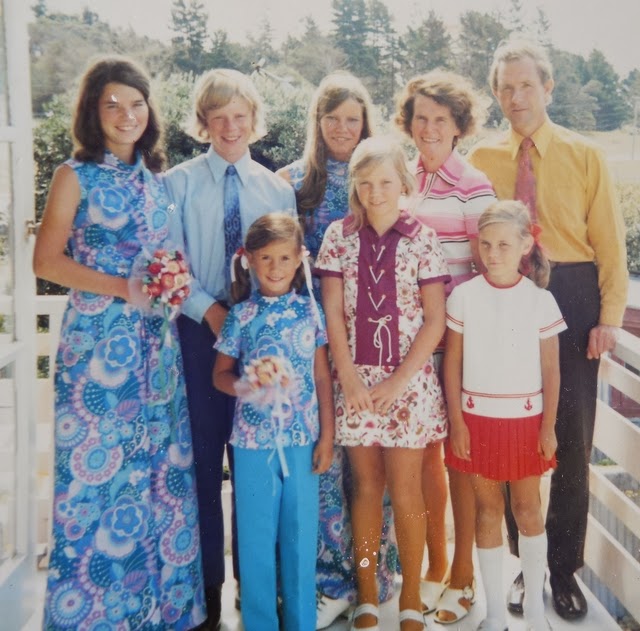 Meet my family way back in 1972, at least this is my parents, my four sisters and my brother pictured with the little girl in the sailor dress. The little girl in the sailor dress is the odd one out. That little girl is me at aged 7 years old. And I never was quite like my siblings. A bit of an odd little girl who had an obsession with farms, horses and wanting to anywhere but living in the suburbs. In her thirties the little girl in the sailor dress was diagnosed with ASD. So were two of her nephews, then her youngest child. Later on we all thought on things and realised how just that slightly unconventional our wonderful dad was. He was a clever man. Very successful in business, and yet he had never had a full education at high school. He liked everything in rows at his work shop, and guess what his second to youngest daughter had the habit of planting trees in straight rows. We found out later on that dad';s birth mother was considered a very odd person, and her mother had been slightly ever so strange too. My newly found cousins also revealed that they had traits of ASD through their side of the family.. What am I saying here? Just two plain words Genetic Inheritance. 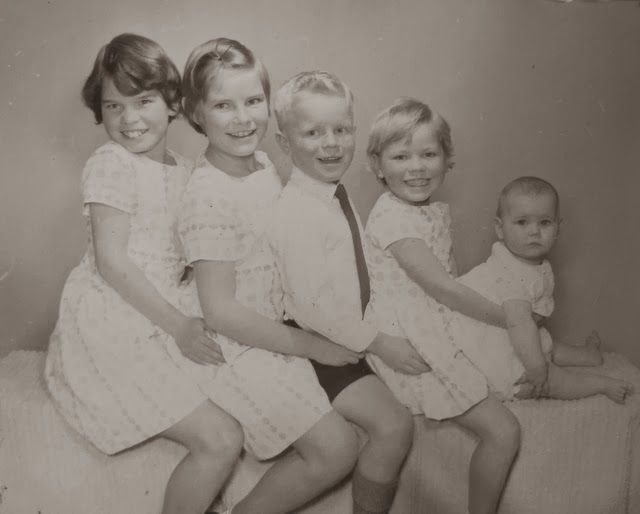 And just the other day a friend of mine posted up an article about how the MMR vaccine supposedly causes autism. A line like this........

"Concerned parents everywhere were right all along: MMR vaccine can cause autism"

......would have any parent of a child diagnosed with Autistic Spectrum Disorder concerned, upset, worried and probably deciding it may not be a good idea to have their child vaccinated just in case it makes things worse. But, if you read the article the above line comes from, and look a little further into the court document issue..surprise surprise. The court cases are 'unreported and can't be accessed' Which rings alarm bells in my personal, perhaps somewhat rather cynical view. Why? Perhaps because I have ASD, I live with it every day, so does my youngest daughter. More than likely one of my grandchildren will have ASD.. And this quotation from Dr Wakefield the man who has pushed for the junk science theory that the MMR is responsible for the cause of Autism.

"There can be very little doubt that vaccines can and do cause autism," Dr. Wakefield recently stated from his home in Austin, Texas. "In these children, the evidence for an adverse reaction involving brain injury following the MMR that progresses to an autism diagnosis is compelling. It's now a question of the body count. The parents' story was right all along. Governments must stop playing with words while children continue to be damaged. My hope is that recognition of the intestinal disease in these children will lead to the relief of their suffering. This is long, long overdue."


In a world full of people with ASD, quite seriously this has to be questioned, and questioned constantly. Adverse reactions do occur to vaccines from time to time, but in very rare instances. So if we all have the MMR vaccine that means we're ALL Autistic??? Sciblog author Orac in his post David Kirby’s back, and this time his anti-vaccine fear mongering induces…ennui had this to say about Dr Wakefield's credibilily and those involved with the anti-vaccine campaign

It’s exactly the same sort of issue again, and Kirby echoes a mailing I got from the Autism Action Network (another antivaccine quackery group), complete with a link to the order on one of the children, Ryan Mojabi. Of coure, the AAN can’t resist throwing this gem in:

And remember Andrew Wakefield lost his medical license for suggesting that there may be a connection between autism, the MMR and bowel disease, and that further study was warranted (but people should continue to immunize.)

Uh, no. He lost his medical license for conflicts of interest, research misconduct, and unethical behavior, not because he suggested a connection between autism, MMR, and bowel disease. Nice try, though, and Wakefield was wrong about his purported “connection” between MMR and autism. Even Bob “I’m not anti-vaccine, no, really” Sears is in on the action, sarcastically saying on his Facebook page, “Vaccines don’t cause autism . . . except when they do.” 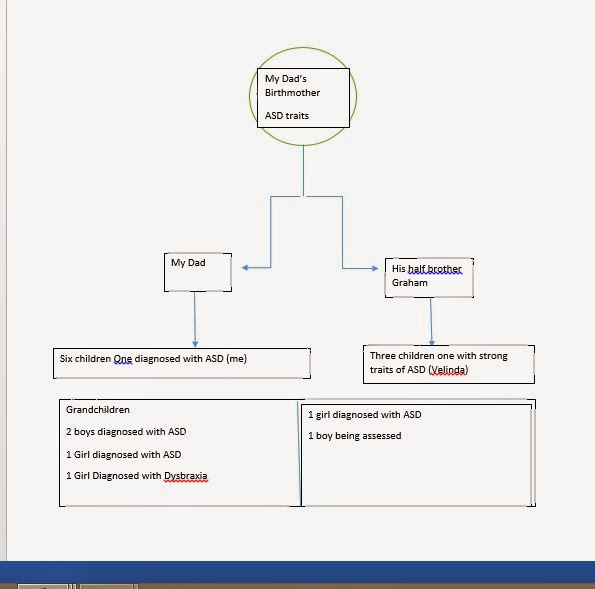 I'm not a scientist doing genetic inheritance studies, but I do know my own family, and how the genetic traits of ASD have been carried through each successive generation. So far with my great nieces and nephews, who have yet to grow and have children of their own, their development has been absolutely normal. No strange little people have popped up yet. And even if we do end up with another child of our extended family diagnosed with ASD, they will be loved and encouraged. I'll just say to anyone who is a parent of a child with ASD who sees those sorts of articles about MMR causing autism, question it, go on the actual documentation and not just some report shoved on the internet. Where is the evidence I ask? Until then all you "MMR Vaccine causes autism" please don't tell me my mother who cared enough to have me vaccinated helped to cause my ASD. And don't cause panic to parents new to ASD because you say it's so.

Signed Annoyed ASD Parent mother of three, with one child diagnosed with Autism to go.