Head in a bucket (he does that every morning!) 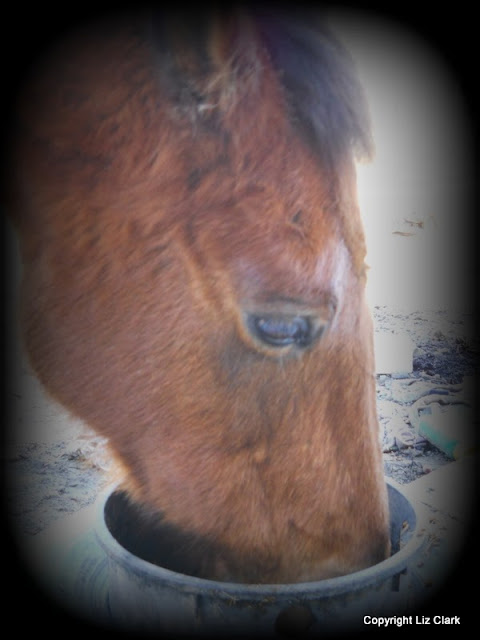 He's old, muddy, grumpy and he wasn't making it any secret he wasn't going to be sharing his breakfast with Ranger and the other little horses. As for me well the black eye has at last waned to a faded reminder of Muphy's visit last week to the farm. The cows and naughty little Tempest, are finding out the hard way that an electrified wire is now on the road fence. We've had a few fine days, it's still a bog hole here. My complaints are going unheeded by Mr Winter. He won't be leaving until the end of August - darn. I'm going back to the mud now to complain some more or mayube I'll just go and have a coffee instead

Talking of horses I found this beautiful tribute to the Arabian horse done with clips from the Black Stallion and other films. Cas Ole was the stallion that starred in what was an outstanding film based on the Walter Farley book of the same title. Music by Sting "Desert Rose"