The Mysterious case of the 'Walking' Cabbage Trees 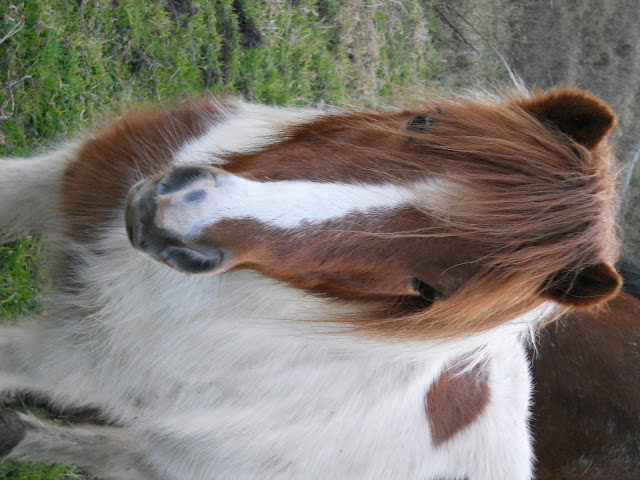 I recall some time back when I had planted several cabbage trees near the house in an effort to start some kind of garden.

It's still 'some kind of garden' as in weeds, horrible soil, and an increasing network of hand dug drainage channels. One day...I might actually end up with a real garden and not the disaster, no good (or bad one for that matter!) gardening magazine would ever want to touch with a 10 foot glossy barge pole.

As with all things in life young cabbage trees need a good start in life. As in dig a hole, stick in the compost the fertiliser then the potting mix and in goes the little plant. Problem planting season was planned for the wrong time of year (how dumb am I) which meant digging into dirt with the consistency of your local pavement concrete and a lot of unmentionable words to get the job done.

Yep so after all the hard work got done and a few drinks of coke went down a treat in went the little cabbage trees and off we went out for the night to enjoy ourselves.

After a rather late night and lots of sleep up I got, had breakfast looked at the weeds or something then went out to water my new cabbage trees. And..they weren't there anymore. Um???? Where were my cabbage trees? I knew I had planted them the holes and the soil were there but...the plants had all but vanished. After a hunt around I found seven of them down the bank, but three had all but gone. Oh woe is me and all of that stuff.

Now we all know plants cannot walk - not unless someone has come up with some bright theory about alien plant abductions or strange lights over one's weed infested farm perhaps?

So I replanted the remaining little trees, gave them a good watering and hoped they wouldn't go walk about some other time in the night.

Yes indeed cabbage trees can walk especially when they're stuck in the mouth of a rather fat large woolly sheep that just happened to stray through the gate one night and made a meal out of my plants.

And the wonder why I like mutton so much? Sheep and freezers make a lovely item - plus a dinner plate to go. 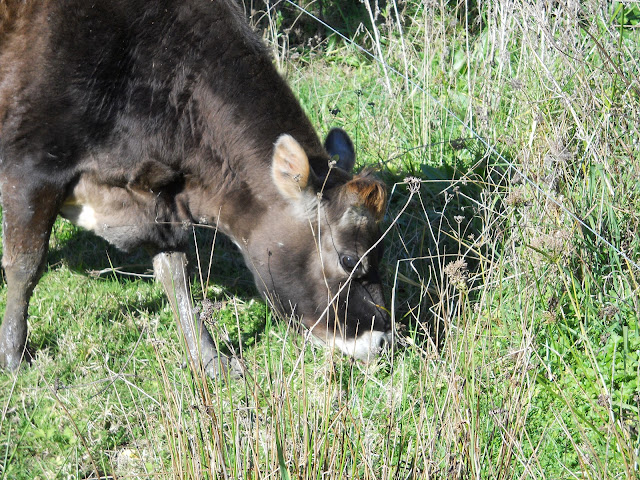