Just when the mundane was settling itself firmly into a nice comfy place on the farm and Mother Winter was busily freezing us all into place - madness returned. 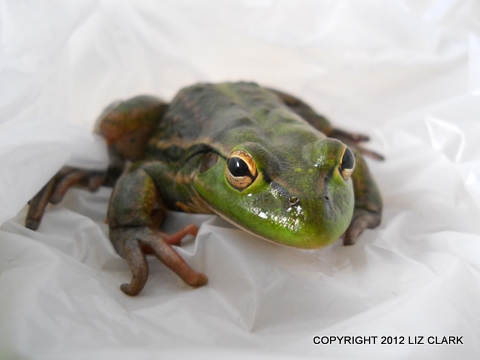 Don't ask how it got there. For all I know the aliens could have frognapped our rather fat green friend and planted it there as a listening device. Unless they like the sounds of teenage music, sisters fighting and the occasional cat scratching her fleas from time to time. They won't get much information out of their amphibian listening device. 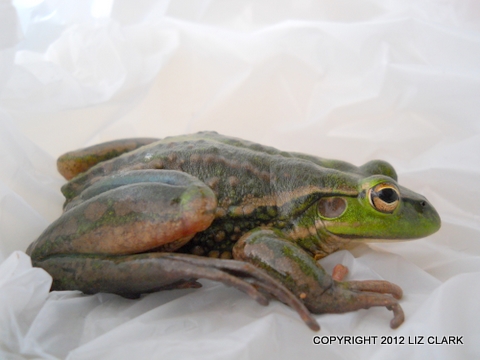 Frogs belong in ponds not in a 13 year old's rather um well lived in bedroom. 13 year old was instructed after informing the management of the amphibian resident to remove said green invader from bedroom. After lots of crashing, banging and the sounds of a teenager capturing the green invader - the frog was nabbed. 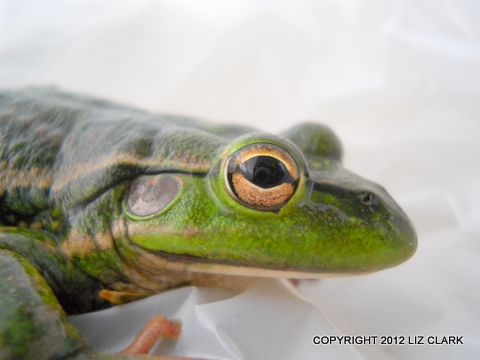 Placed in an alien- like stark white environment frog contemplated its fate without signs of emotional response. A large eye like device came down into into its view and went 'click!'. Of course that was my camera taking some shots. Said frog was then quietly released back into the pond behind the house. How it got inside? I still don't know. At least this one had two eyes unlike the one we had in our sink last year. Now that was really one-eyed. Literally.
Email Post