Hikoi! Public March for the big cats of Zion 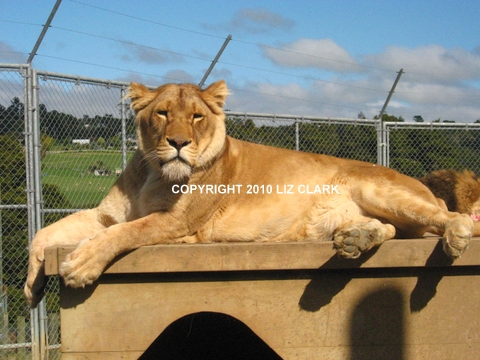 The focus of the Hikoi, was to providea platform for the people of Whangarei, wider Northland, New Zealand and all the Big Cat fans around the world an opportunity to show their support for these animals. At that time the opportunity for the ratepayers to show a response to the Northland Regional Council and
Whangarei District Council to express their interest in supporting the park staying in Whangarei District.

An application made by the receivers Price Waterhouse on behalf ofRabobank, to have the authority to euthanase the Big Cats was devastating for me and the staff whom call them our dear friends.

This action gave me no option but to stand up and call out to the people to give the Big Cats a Voice. Even though Rabobank's Ben Russell has stated that the Big Cats were in no threat and that application has now been withdrawn the people still have a right to air their feelings about this action.

Recent developments since this application being withdrawn has seen the park, land, and buildings move into new ownership. However the ownership of the Big Cats is still undetermined until the High Court
hearing on 14-15 February 2012. New concerns have now arisen with the removal of the experienced keeper and now Operator whom were all MAF approved that have been abruptly removed from the Park this week.

Our concerns that no attempt by the new owners (of the property and buildings), was made to engage with the MAF approved staff to discuss the current cleaning procedures and feeding regimes that have been put
in place for some two years. This poses many concerns for the welfare of the Big Cats with the current owners of the property having the lack of knowledge to care for the animals as many changes have
occurred in the way they are looked after since the departure of Craig Busch in 2008.

Whilst I was pleased to see that the park issues seem to have been moving towards a resolution, the recent events have given rise to new vital concerns I feel the public need to know.

The Hikoi march provides a platform for the community to hear these concerns and that they are given assurance that the animals care is the prime importance here. I am pleased to report that inlight of the
recent events my efforts to re-home the domestic animals on the park and remove them amicably and with no fuss has been successful.

I hope that the same goodwill maybe offered to the upkeep of the Big Cats will also be maintained and a smooth transition of care if need be between the previous owners of the park and the current owners of
the park will also be done in good faith an communication be amicable and courteous.

I have grave doubts that the treatment of the previous staff has not made this possible. I call on the new owners to reconsider their position and would work with the previous staff to ensure the priority
is in benefit of the animals on the gardens.

I look forward to seeing everyone at the Hikoi tomorrow; to celebrate the Big Cats are being treated fairly and in good faith. I offer a solution that would seem the most sensible, that the previous staff be called back by the High Court to care for the animals until ownership issues and the Big Cats future is decided and that the pending owners after the High Court hearing whomever that be, work with our team that have a proven record and experience and are known to the Big Cats to help them transition into their future with minimal disruption to their daily lives.

Please be aware all attendees that there is a strict policy of NO gang patches, No Colours, No attitudes, No Dogs, No alcohol or drugs will be tolerated at the Hikoi and security will be in place to remove any
trouble. We do welcome good attitude, families as a bit of entertainment will be provided for children, so bring along a great smile lots of cheer and a picnic and sunblock. See you all there.

Thank you to all the whanau and friends and sponsors that have given their time, equipment, banners, supplies, services and support.
Email Post