And while contemplating the Zen of my rather burnt coffee 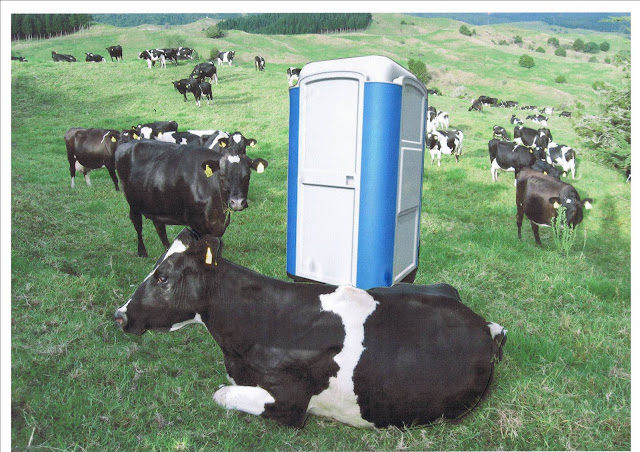 I considered the thought that creating a Porta-moo for dairy cows was a really dumb idea - the Mad Bush Labs Mad Scientist should be fired. 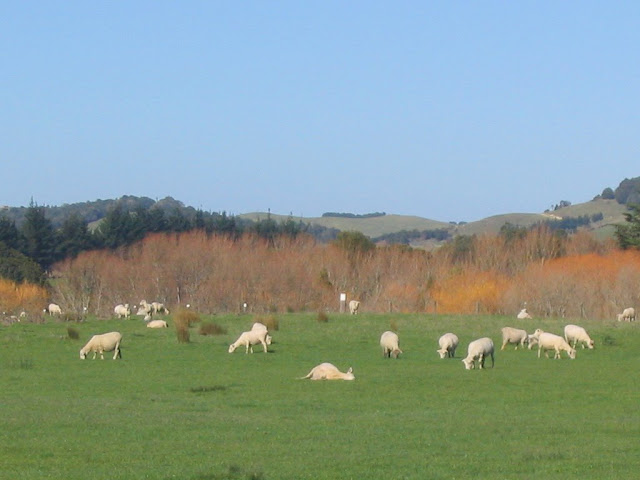 That if, you're going to take a pretty picture of a green field with nice white sheep in it. Make sure there isn't a dead one in the middle of all the live ones. It doesn't make for happy scrap booking memories. The Mad Bush Farm photographer should be shot at dawn for not noticing the mortal remains in the middle of the flock. 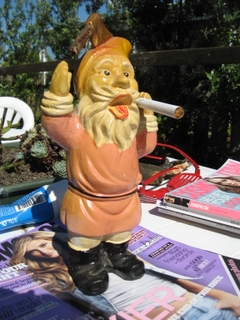 Giving gnomes with axes in their heads a fag to smoke is bad for their future career as Maimed Garden Gnome of the Decade. There'll no movie deal for Geoffrey the wannabe gnome after this incriminating picture is seen by his agents. 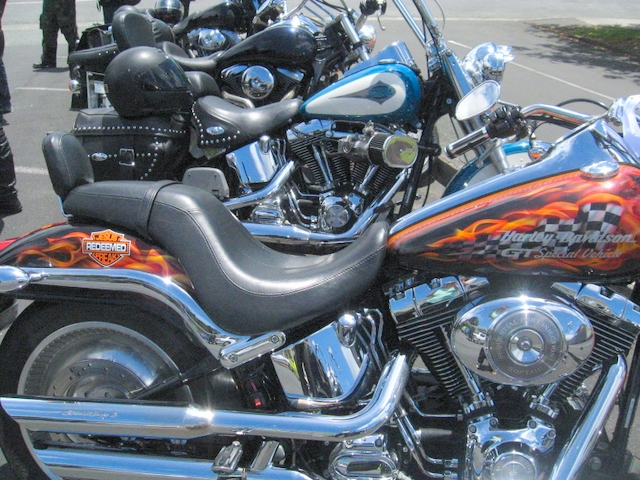 And...it's just great to see an old classic once in a while.