Notes from the Land of Gonzo - Look what I won Mum! 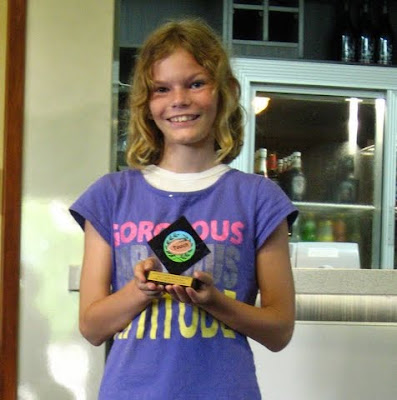 Early last summer I decided to get Michelle involved with a team sport. The best one I found was a game called touch rugby. It's similar to rugby except a tackle is made by touching the other person. Much safer and less rough and tumble than the national game. Initially Michelle was very hesitant. After a couple of times she really got involved with the whole team spirit and became a very useful member of her team the Pink Chicks. Well here she is holding The Most Improved Player for her team trophy which she can keep. She had a great coach and lots of encouragement it's the best decision I ever made. Not bad for a kid with Autism who had serious physical challenges to overcome as a little girl. I'm very very proud of my little girl. Well done!

From a very proud Mum 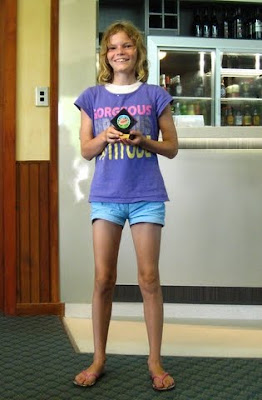