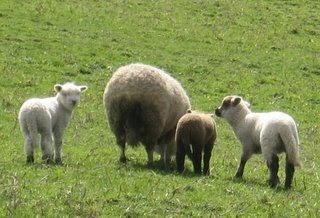 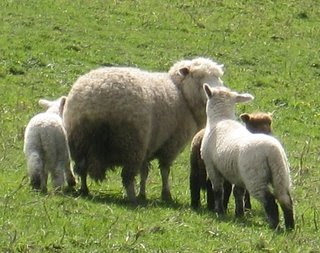 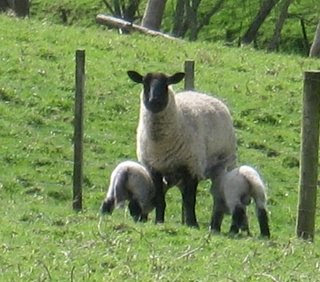 My neighbour down the road has a few sheep grazing on his property. One of the ewes had lambed triplets during the winter. I watched the smallest one struggle to hang on to life despite the two bigger lambs getting most of mums milk. Nine weeks down the track I saw the three lambs again and the little one had somehow survived. Woolly little guys too and so cute. I will make a confession though..I am not keen on sheep. Suffolks though I do like...but I'll stick to the cattle thanks. I remember as a child growing up and watching some film called "This is New Zealand" with all the scenery and the "We are a Nation built on the sheep's back" Ah...okay. Well things has drastically changed since that movie was made in the seventies. We now have Dairy giant Fonterra who are now a global company being caught up in a Chinese milk powder scandal, poor returns for beef and lamb producers. Sounds grim but people farm because they want to. The end of season payout from Fonterra was over $7NZ per kilo of milk solid (around 2 pounds in a kilo) next season the payout forecast has been predicted to be $6.40 NZ per kg of milk solid. Makes for a big drop in income. Oh well had better stop raving and do something constructive like the dishes. Til tomorrow take care everyone
Email Post
Labels: childhood memories chinese milk powder scandal fonterra lambs sheep