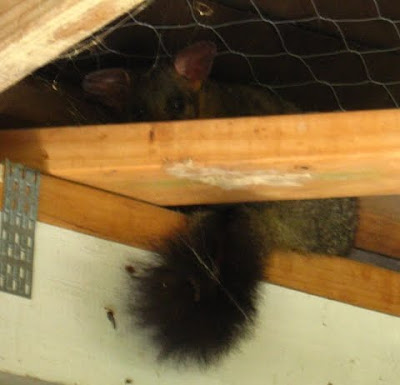 No this possum wasn't there to do the dusting....

Yes it's one those boring! kind of posts. The kind of post, that you might as well lean against and yawn loudly, while I bore you all with the mundane facts of life.

It's Monday here. A wet horrible Monday with Murphy's Laws abounding in spades and my temper getting frayed by the second. I hate Mondays. But okay, fine. At least I have a bit of time to sit here in front of the ol' computer screen and bore everyone witless with my rather uninteresting news. So here goes make sure if you're leaning against that post it's not full of termites created by some mad scientist in a nuclear facility. Mutated Termites aren't really in vogue this season much as I'd love them to be (Not!). 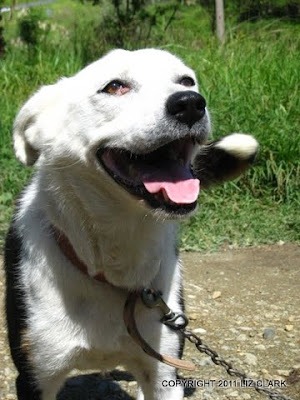 As you can see from the photo at the top of this post, we had YET another possum hanging around. This time the sod decided it was going to live in my art studio along with the spiders and who knows what else. After putting the dog in there and chasing it all over the place it finally got the message and left the premises - sort of. Thing is still around. And I hate possums pests that they are. 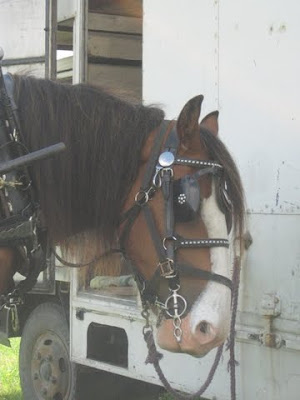 We had Paparoa A & P Show in February it was a great day. While I was passing by to go and take some photos I came across this beautiful Clydesdale waiting to give rides to people. Love these horses one of my favourite breeds. History says the horse on the farm was replaced by mechanisation, yet they're never disappeared truly from the rural scene even if it is now in many cases just for pleasure. 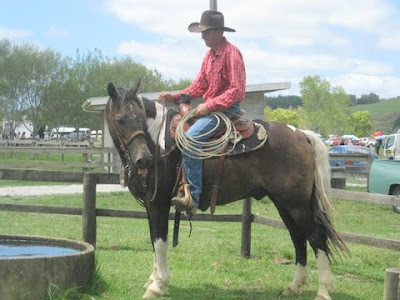 Meantime I've been involved with taking photographs at Zion Wildlife Gardens in Kamo Whangarei. Last week I took up a ball sent from a group of very caring people called Toyz 4 Catz at Zion. They're just in the process of forming their charity as I write this post. The ball was a huge hit with Gandor who was New Zealand's very first white lion. Despite what people believe white lions are not a separate subspecies. They are the result of a mutation which causes the white colouring. Gandor is as any other lion, an African Lion. He's gorgeous though and certainly had fun with his new ball. Gandor was declawed for film and television work - a very sad and cruel thing to do to any big cat or a small one. The team at Zion are doing their best to ensure Gandor and over 20 other big cats are taken care of. A hard call when declawing affects everything the cats do. They walk with their front paws sideways - very sad. 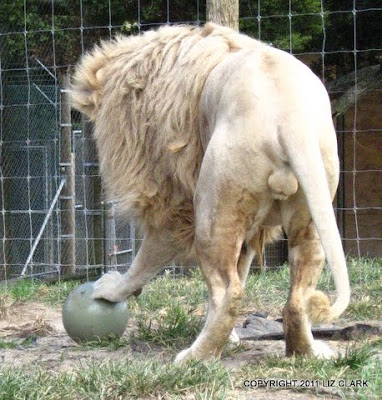 Gandor with his new ball at Zion Wildlife Gardens Whangarei

Earlier all of us were sick with a horrible bug which we've finally got rid of. Not fun being sick and trying to look after a family and a farm! So with boredom comes a couple of cartoons.... 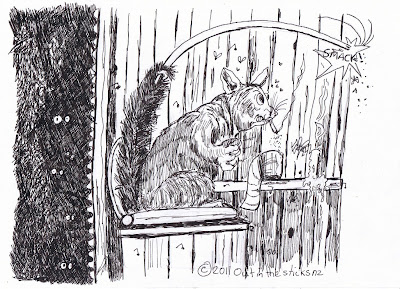 I'm figuring since we have so many possums around the place they could be useful for whacking the mozzies while they're hiding in the dunny. Too bad about the lot having to wait their turn out there in the darkness. 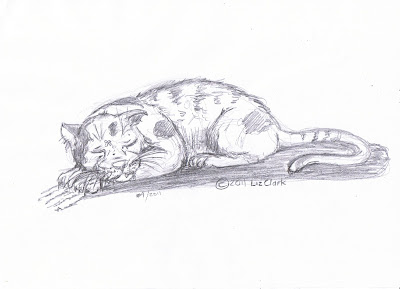 And now everyone is utterly bored I'll leave you with this tatty old farm cat having a nice long snooze.