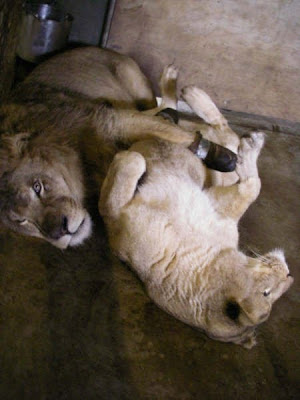 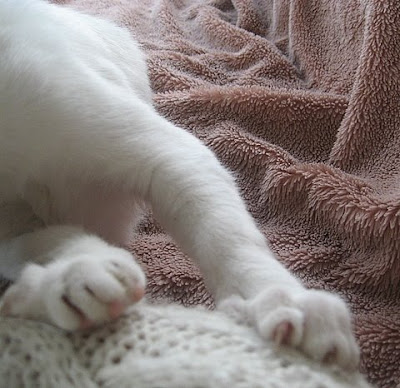 Having a set of little kittie claws stuck in my hands, arms and legs every other day isn't much fun - however that is Sasquatches' way of learning to hunt and make the best of the tools nature has given him. In some countries Sasquatch would be taken to the veterinarian and surgically declawed to save his owner the inconvenience of scratched up furniture, wall and anything else a their beloved pet might potentially damage. In New Zealand under the Animal Welfare Act 1999 - the declawing of cats and dogs is considered a Restricted Surgical Procedure . Under this section of the act a veterinarian is required under ethical grounds to perform this drastic procedure only if it is of benefit to the welfare of the animal concerned i.e. for medical reasons only if the animal concerned has for instance an infected claw bone and it would require removal to prevent further complications. This issue came to light recently in 2008 from a MAF investigation into the conditions and welfare of the large cats being kept at Zion Wildlife Gardens. Yet to be resolved and the report issued later this year is the declawing by the previous Zion management of a great majority of the animals in their care. Was it necessary? Most likely not - nor would it have been pleasant for the animals affected by the declawing procedure.

"Declawing is actually an amputation of the last joint of your cat's "toes".
When you envision that, it becomes clear why declawing is not a humane act. It is a painful surgery, with a painful recovery period. And remember that during the time of recuperation from the surgery your cat would still have to use its feet to walk, jump, and scratch in its litter box regardless of the pain it is experiencing." 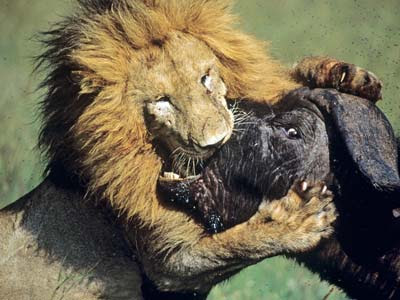 In the wild claws for large feline predators are essential as both defence and a means in which to effectively hunt, bring down and kill their prey. Declawing effectively removes both their ability to both defend themselves and for having any change of future release through a rewilding programme.

"A major concern that the AVAR has about declawing is the attitude that is evident in this situation. The cat is treated as if he or she is an inanimate object who can be modified, even to the point of surgical mutilation, to suit a person's perception of what a cat should be. It would seem more ethical and humane to accept that claws and scratching are inherent feline attributes, and to adjust one's life accordingly if a cat is desired as a companion. If this is unacceptable, then perhaps a different companion would be in order." 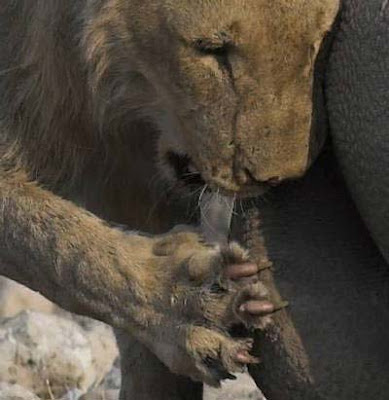 Below is a detailed description of how a cats anatomy is constructed for balancing on its toes and the effects declawing can have..

Unlike most mammals who walk on the soles of the paws or feet, cats are digitigrade, which means they walk on their toes. Their back, shoulder, paw and leg joints, muscles, tendons, ligaments and nerves are naturally designed to support and distribute the cat's weight across its toes as it walks, runs and climbs. A cat's claws are used for balance, for exercising, and for stretching the muscles in their legs, back, shoulders, and paws. They stretch these muscles by digging their claws into a surface and pulling back against their own clawhold - similar to isometric exercising for humans. This is the only way a cat can exercise, stretch and tone the muscles of its back and shoulders. The toes help the foot meet the ground at a precise angle to keep the leg, shoulder and back muscles and joints in proper alignment. Removal of the last digits of the toes drastically alters the conformation of their feet and causes the feet to meet the ground at an unnatural angle that can cause back pain similar to that in humans caused by wearing improper shoes.

For the big cats at Zion the decision made for them was nothing short of inhumane. I put it to those who have followed the Lion Man Series to defend this practice as being justified. Would they do this to their own adored pets? I doubt it. And while the many fans are ready and willing to defend the man behind the series in his bid to regain control over the park and the animals concerned - are they willing to read this post and see what the Zion Big Cats had to endure in order to perhaps make them less dangerous. The reasons behind that decision I truly don't know but my opinion is - it was the wrong decision to make and a bad one at that.
A blogger in the UK and a former veterinary nurse has kindly provided this petition link to have declawing banned. She felt strongly enough to leave a comment and tell me how she felt. I concur. 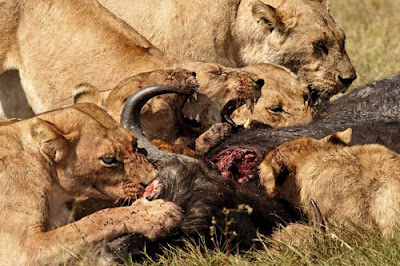