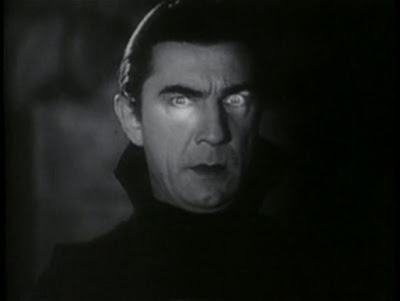 Vampires. You have to love em or in most cases stick a stake through their hearts...or so the old Hammer Horror films would have us believe. That, or to quote Egor's line from the Van Halsing movie "Sorry Master but he paid me to do it". I think I'd rather get paid to believe it, but then again, old movies are a bit of fun to have a dead of the night chuckle at. Excuse the pun.

When it comes to bribery, paying Vampires off would be difficult. I suppose raiding a blood bank would be a good start, but in hindsight, it means a few patients requiring an urgent blood transfusion, would miss out.

In this era of imposed events upon us unsuspecting Kiwi rural dwellers - Halloween is yet another. It appeared one day on the TV screens. Halloween was here! "But we don't celebrate Halloween that's an American thing," I told myself that a decade or so back, as I pondered over the Warehouse's adverts showing the horror masks, and the costumes you could dress your kids up in. At the time my kids were just babies. It was a bit pointless dragging them around the small township, I lived in at the time, and ask the poor neighbours for sweets and treats.

Now it's 'the in thing to do' at least in the suburbs it is and in the townships maybe if people will put up with it after a long day at work and travelling home, only to get woken up at 10pm at night, by a bunch of little horrors in scary costumes demanding their feast now! Which is where this leads to why vampires should stay away from Mad Bush Farm.

It would be a very bad idea for a vampire to pay us a visit. For a start, I have certain kinds of animals here, that have some very bad habits. I could put up a sign I suppose to warn any vampires planning a visit to watch out for trouble headed their way. Text messaging is not an option they're way too old fashioned for that. Any classically stylish vampire must have the scary cape, the forever in fashion hairdo, pointy ears and lastly, of course, the clincher being the fangs.

However, any vampire entering said rural property will get eaten by four small equines, trolled by a multitude of possums and other types of pestilence - even then - if said vampire survives the onslaught of creatures - five evil cats will finish the job. It means I'll end up with some dust I guess the next morning to sweep up and toss in the bin.