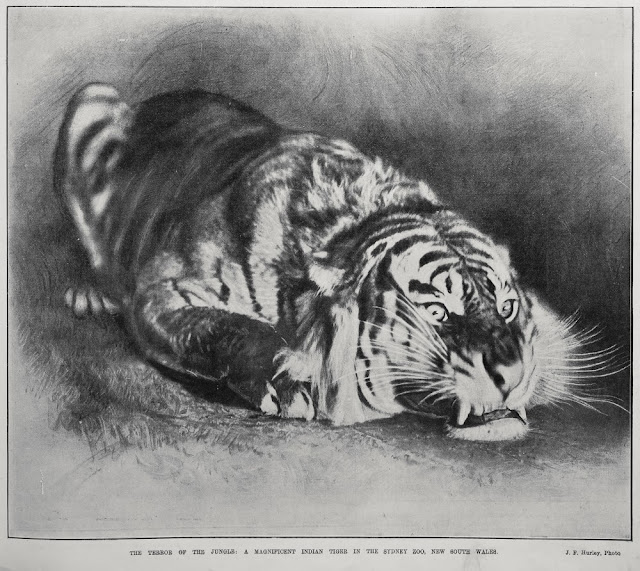 This image was taken at the old Moore Park Zoo in Sydney New South Wales Australia. The zoo was at the time, being criticised through the newspapers of the day, for the poor conditions the animals were being kept in. Two tigers were imported one in 1910, then a further male tiger in 1911. Which animal this tiger is, at this stage can't be ascertained. I'm going to look further into their status and see if possible what happened to both big cats. Moore Park was later closed, and replaced with Taronga Park Zoological Gardens which still exists to this day. This is a powerful reminder of a now declining tiger population. This animal was most likely captured in the wild. Perth Zoo in Western Australia did have a record of tiger cubs being born at its facility, but I believe most likely this is one the two male tigers imported by Moore Park Zoo I mentioned earlier.
Email Post