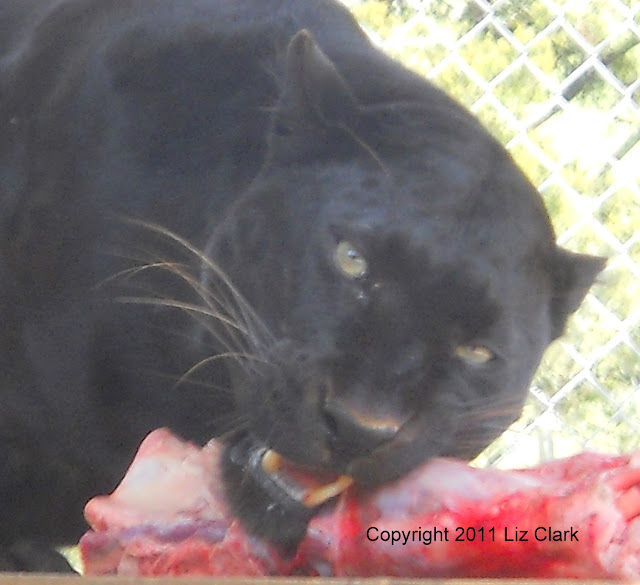 When you see him, it's too easy to be taken by his graceful movements, and his stunning colouring. This is Mandla. His name means "The Powerful One". He is the most dangerous big cat at Zion, where I photographed him just before he had his dinner. In the USA, leopards like Mandla are kept as pets. People are too easily taken in by the cute cubs, unscrupulous so called 'breeders' put up for sale, and then try to claim it's for conservation. Selling big cats for pets is NOT conservation. It is for nothing more than profit and for greed. For a few years, that so called 'pet leopard' may seem to be 'tame', but no matter how supposedly tame or appealing , these cats are still wild animals. They are born with the instincts given to them by millions of years of existence. It's in their genetic makeup - and that is to hunt and to kill prey. More than one person, who have foolishly kept leopards as pets in their homes, have either ended up seriously injured, or in same tragic cases dead. 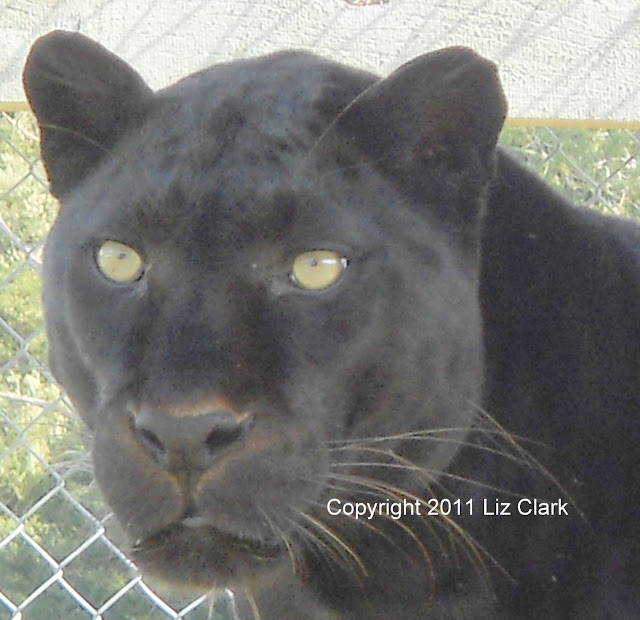 In New Zealand, you are not allowed to keep leopards like house pets. If you want to have a leopard, then you have to keep it in a MAF approved containment facility with an approved Operator - as in a zoo. That's how it should be. Leopards in the wild are becoming increasingly endangered. If you want to see one, then go to your local zoo. Don't support these greedy profiteering, so called private 'breeders 'who have no interest in the conserving of a species. Leopards are not pets and never should be treated as pets. If you see cute leopard cubs being used as props for photographs for tourists, then be very sad for them. In year or so later on, those same little cubs will be possibly used in canned hunts. It's common in Africa, and it also happens in the USA. So think long and hard about the words I've written. Leopards belong to Mother Nature not to man.