A little book of memories from early 2007 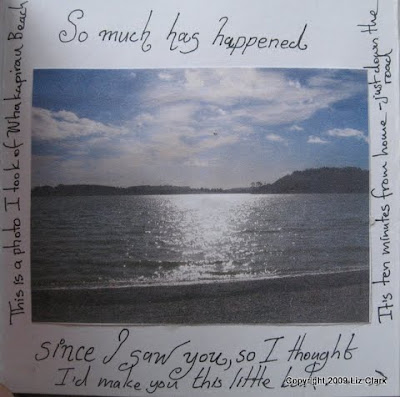 Sometimes you find things that you have forgotten all about. Nearly three years ago I made a little book for my eldest daughter. For some reason I never passed it on to her - but there it was full of little comments and photos taken on the little Kodak camera that I still have despite now having a digital camera instead to take my images. It made me smile a lot remember those first couple of years here on the farm. Things have changed of course but keepsakes are something we all love to hold onto. 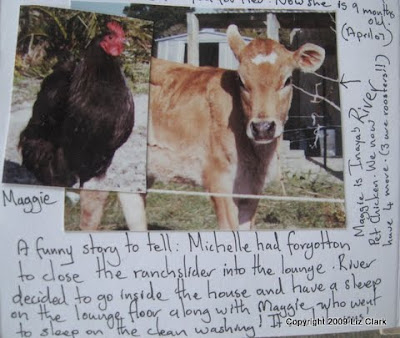 Yes I remember writing on this about how the time I came home from work went down and moved the cattle - then came back up to the house and found the ranch slider wide open. Sitting there on my clean washing was in fact more than Maggie she had been joined by Hoi Hoi the turkey and both were looking rather pleased with themselves. Joining them was River just a calf then and curled up soundly asleep in the middle of my lounge floor. As I recall Sponge Bob Square Pants was on the television and the kids were nowhere to be seen.... 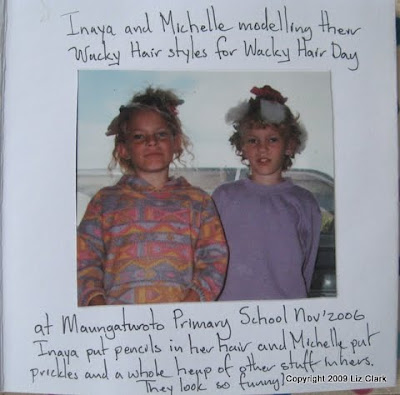 Inaya and Michelle I remember getting their hair all messed up for the primary school's Wacky Hair Day. How the heck Michelle managed to pick the prickles and stick them in her hair - I'm still at a loss to explain that one. Those two do look funny though! 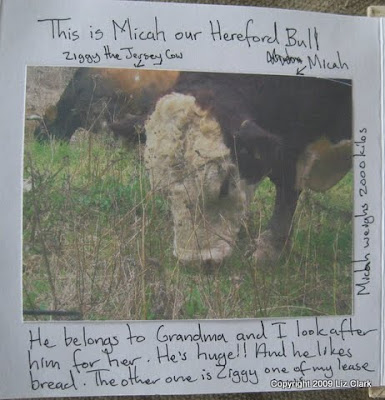 Micah was purchased by my Mum in 2005. He was a commercial Hereford Bull with a great temperament despite his size. Our next bull Micah the second was fathered by him from a friend's dairy cow. We ended up with Micah two not long after his Hereford father was sent off to the sales at Matakohe. Big Micah is still alive and still fathering loads of good hereford calves on a beef farm. He was a 3 year old when this photo was taken. 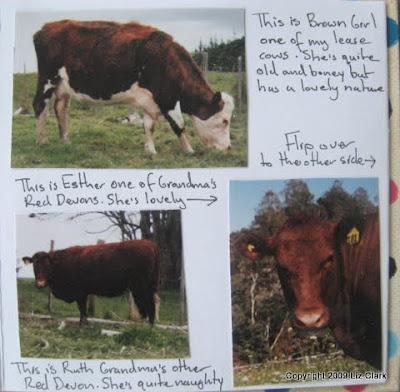 I love this one. The first cow was a Hereford/Jersey cross I had leased from one of my neighbours. Brown Girl was a lovely old cow. She had loads of trouble keeping her weight. She calved a lovely bull calf for us. Sadly the old girl died a few months ago at her owner's property. The other two are my mother's two Red Devon cows we used to have here. Ruth was the naughty one always getting out and causing lots of trouble. Esther the other one was easier to deal with. Those two are now living on a friends farm still doing and well and onto their 4th calvings last I heard. 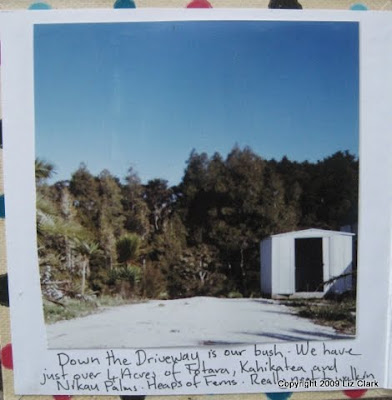 I think this one explains it all. LOL . I don't think the old tin shed there is picture perfect. this heads on down to where the crossing is over our stream. The trials and tribulations of that driveway even now continue. We have a spring in the middle of it now! 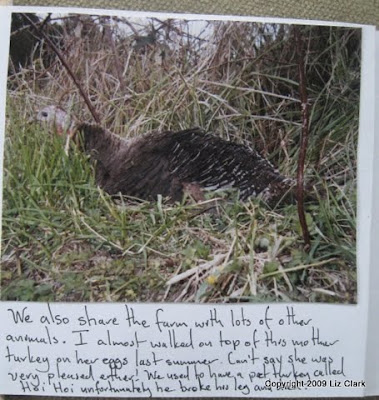 This turkey is actually Hoi Hoi's mother. She was attacked by a hawk that was after her eggs. During the attack one of the eggs had rolled from the nest. I found it while I was spraying the blackberry - it was hatching! And out of it came Hoi Hoi. I put him in my pocket thinking I'd put him out of his misery later - but that never happened. Instead we ended up going down to Koanga Gardens and buying a little day old chick named...Maggie May. Maggie is still here of course. Hoi Hoi though died at 7 months old after breaking his leg. 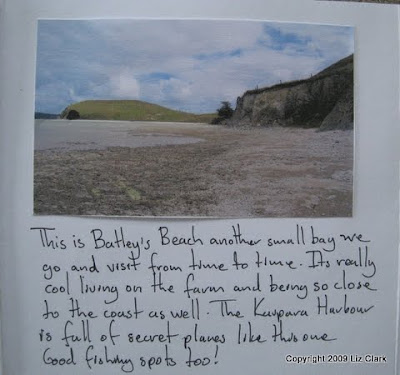 I love Batley, it's a lonely little bay on the upper eastern reaches of the Kaipara Harbour. Once it housed a thriving cannery and a flour mill during the later part of the 19th century. It was orginally called Oahau. It's quite popular during the summer. People used to camp there but the Council banned it after people started leaving rubbish and ruining the beach with sewerage and motorbikes. Sad they had to spoil it for a lot of other people. It's okay now since the camping has been stopped. Just a shame people can't respect our precious environment. 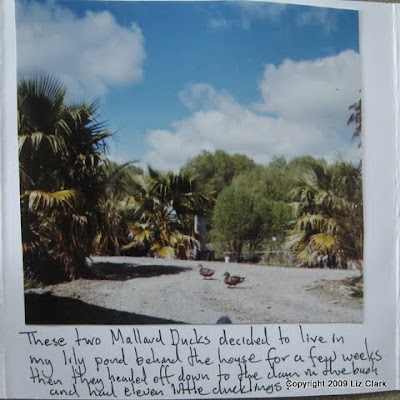 I used to enjoy this pair of Mallards. They would come each spring and stay in our pond for a few weeks before heading off down to the big dam and making a new family. Two mallards are okay but get an entire flock of them - what a mess! This pair used to come up to the house for bread and treats - but they never let us too near. I don't blame them. 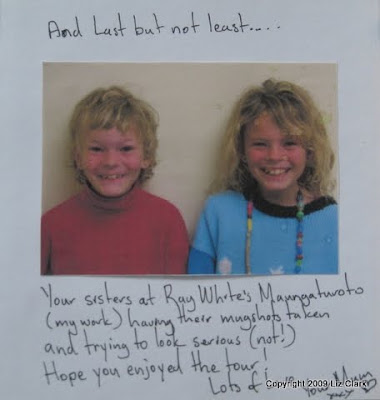 I'm not sure what happened on this photo. But this is the end of the book. I really did have fun making this book. I think I might just do another.
Email Post
Labels: farm memory book old photographs