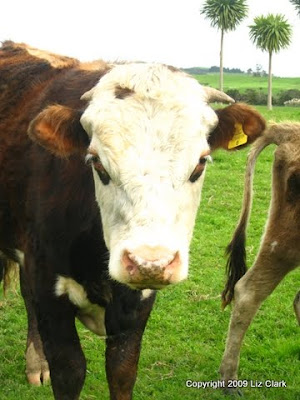 Sometimes we have to stop and make some hard decisions that aren't nice to make. When it comes to living on a farm - some decisions are even harder than others. For me a very difficult decision had to be made about two of the animals here on the farm. Micah our bull is now a two year old. After running rampage in Terry's paddock for three days and being downright dangerous to approach - we finally have him back and contained. Bulls can never be trusted regardless of how quiet they are. He's quiet for now but in another few days I have no doubt he'll get wind of Terry's Dairy herd again and start roaring again - that's when he is a problem. Only one decision can be made now and that's putting him down. There is no other option but to do that. I read stuff on the internet from animal welfare organisations who say farming is cruel. They like to make out that all farming is wrong and shouldn't be happening. I disagree with some farming practices - but in the main most are ethical and properly managed. Micah is going into the freezer - that's life. We have three bull calves here that shortly will be castrated for obvious reasons. I think those who say castration of calves is cruel should have a rethink. Bulls are dangerous - more so at breeding time. I never enter the paddock without a cattle stick in my hand with Micah to do so would invite serious injury - he isn't predictable. As many of my farming friends know never trust a bull - ever. Time for him to go. 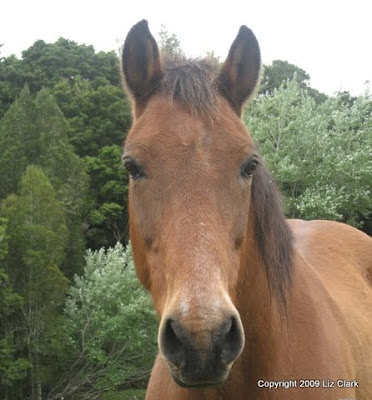 29 years old and slowing no signs of slowing down. Our old man Edward

The second decision was even harder to make. Sasha our 23 year old Thoroughbred mare had been having problems with her joints. Her age was catching up with her. The weather here has been awful to say the least. Unpredictable weather has made it difficult . Rock and a hard place. She was having trouble walking. I had to go and get her out of the bush the other day because she couldn't come up for her feed. It took a while to walk her slowly out. Franz came on Thursday to trim her feet and sadly shook his head. He felt Sasha was nearing her time and so did I. I hate having to make hard decisions. I had Sasha around the house here so she didn't have to walk too far to have her feed and we had plenty of grass for her. But it was all too clear Sasha was fighting a losing battle with her age and her joints were causing her pain. I couldn't stand it any longer. Thanks to a good friend we were able to arrange for Sasha to have a comfortable slow trip in a horse float to a farm where she was humanely euthanised then buried. Inaya was devastated and so was I but it was the right decision. Sasha is resting now and no longer in pain. Edward our other old horse is missing her of course. He is in fantastic health and at nearly 30 is showing no signs of slowing down. One day I might have to make that same decision for him too. Not easy to do. 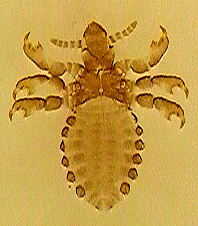 The Cattle Louse, Haematopinus eurysternus.
I hate cattle lice and this year the nasty little beggars are really at their worst. Everyone has been having problems with the pests. The best option is a pour-on lice treatment for cattle and deer. We'll be applying a product called Eprinex which is a rainfast pour-on. If you're on a small block in New Zealand and have never had cattle here's the main clue for spotting if your cattle have lice. Hair falling out is a prime sign - your cattle won't look so pretty with bald patches for a while until the hair grows back. The lice are quite easily spotted being small and brown - similar to the headlice children get. Your local vet should have a 250ml lifestyle pack pour-on for cattle and deer. Eprinex is very effective and also treats several types of worm parasite. 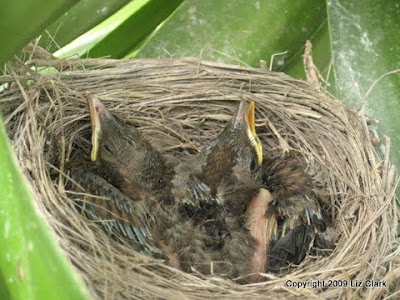 RULES I MADE UP IN MY HEAD

Rules for Kiwi Lifestyle (Life Sentence) Blocks - tongue in cheek version made up in my head of course but they are useful and truthful - disregard those silly comments in brackets it wasn't me it was someone else (Why is my nose growing?)