Notes from the Land Of Gonzo - Making the Connection with Speech 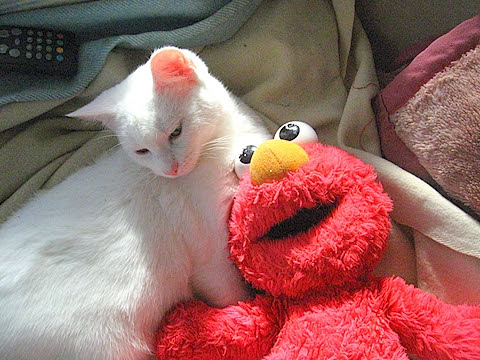 I've decided to continue on talking about Autism and Aspergers disorder under the Post Heading NOTES FROM THE LAND OF GONZO.

I had considered creating a separate blog for this but decided it was just as easy to continue posting here on the Mad Bush Farm since I seem to shove everything else on here. Yes it's supposed to be about farming or something but in truth this blog is about everything. Nothing is ever the same and that's the way I like to have it.

I talked previously about several different things on ASD in relation my family, myself and on how I've worked with Michelle to help her overcome her Autism. I had great feedback from differing points of view. Parents with children with ASD, Mothers with sons and husbands with Aspergers. Each and everyone has a different approach but they find it works for them and that's the point. Each and every situation is unique - just because something works for me may not work for someone else -using your own interpretation is the best approach to use. In this post I'm going to talk about making the connection for speech. Some children with Autism never speak at all, others have limited speech ability and others have been able to form sentences and engage in conversation. Michelle has full abililty to both converse with logical sentences and hold a conversation on a variety of subjects. This has not come easily it's take a lot of hard work to get her where she is now and here's how we got there.

In 2001 when Michelle was diagnosed with ASD it was just before her third birthday, we also were entitled to the help of a speech language therapist. Just one problem. The wait for the therapist to start working with Michelle was going to be more than a year. Fortunately the Speech Therapist was able to at least visit us at home and make some suggestions as to how to help Michelle to start to learn to form words. The principle was so simple it wasn't funny. Everytime Michell made a sound such as a grunt or whatever else came out I was told to face Michelle and say very clearly "Good girl you said Hello!" Three weeks of doing this every day each time this little girl made a sound I would sit with her and say that same phrase over and over again. One fine morning my efforts were rewarded with Michelle getting out of her bed and coming up to me, looking up and saying very haltingly Heee....lll.....O. She had made the connection that Hello meant to greet someone even though we hadn't actually gone all over the place trying to get her to do that. I was so excited I rang my sister (big) Michelle and told her just what (little) Michelle had achieved. I also rang the Therapist and shared the news. Michelle's therapist then suggested I get a toy of some description the used the toy as the starting point for getting Michelle to learn new words. So we used Elmo the monster as the starting point. I would sit with Michelle and have Elmo with me then say Elmo says... Hello... then I would say Michelle says....and get Michelle to attempt to say Hello. After a week of this everyday Michell was able to form and say very clearly hello. The next word I taught Michelle to say was Help. This was important because if Michelle was scared or unable to tell something was wrong this would enable her to tell me that she needed help. I used Elmo in the concept of play. I put Elmo in a bucket then made out Elmo could not get out. Elmo says... HELP. We did this for several days putting Elmo in all kinds of situations each time saying Elmo says HELP. Poor Elmo I think after all the terrible things I did to the little red monster he'd want to disappear into the back of the ancient toybox. We still have him here - a little worse for wear but still intact. Each time I would Say Elmo says HELP..then say to Michelle Michelle says...HELP. This little girl connected the word Help with asking for assistance from Mummy. It took a solid month of constant repetition to help Michelle grasp the concept of asking for help and saying the word HELP.

Using Toys as part of a play concept for developing a child's speech I have found is really effective. Tammy from Autism Learning Felt gave her son a Car Pet. A creature made from carpet with eyes. Her son thinks his carpet is cool and it's given him the things we all take so much for granted. Joy and happiness are probably the most important therapies a child with ASD can be given. These emotions help to open up a whole new world and the possibilities are limitless. The only limit is how much we are prepared to join in that world and make the effort to play with our kids, talk with them and spend that time. Several of my blogger friends have children with ASD in one form or another and have shared their experiences in my previous post in the comments. Worth a read and a visit to their blogs. Wonderful. caring people I have had the great privilege to know. Well until the next part of making the connection. That's all for Notes From the Land of Gonzo.