Goodbye to Sonny and other strange (MAD) stories 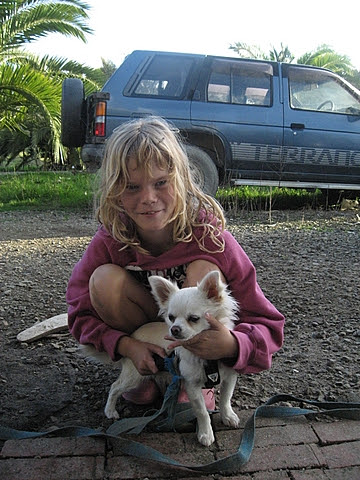 After a lot of hard work and many many night's thinking I had to make a decision about what to do with little Sonny. We already had an overload of animals here on the farm. Standing at a total of over 20 enough was enough. The three weeks I had spent working with this little dog had made a very very big difference. I mentioned to the vets that Sonny needed a new home but not just any home. He had to have a fenced area, lots of love and the company of another dog to play with..... 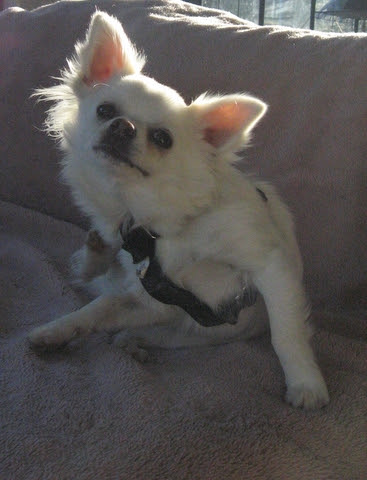 /> Yes I felt really bad about giving this little puppy up. He was at last a happy, contented little dog with a tail that finally wagged and a big improvement in his attitude. BUT with so many animals and my media work committments getting the better of me I decided that it was far better for Sonny to go to someone who really could put in the time to bring the pup to his full brilliant and wonderful self. Thanks to Catherine at the vet centre here in Maungaturoto we found the best possible home a little Chihuahua could ever have.. 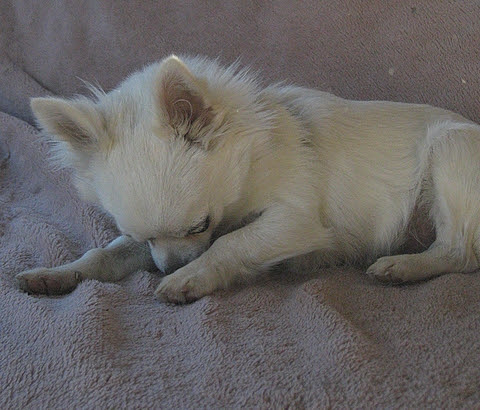 A lovely lady I know quite well named Marie offered Sonny a fantastic home. He now lives with four other little Chihuahuas and is really really having a fantastic time. Marie just loves him so much and so does her husband, He has turned out to be a fantastic little dog and has fitted into their home and the Chihuahua gang just fine. Saquatch I think is missing his little playmate but well I think he has been far too busy these last couple of weeks doing all kinds of wierd and wonderful things including following Inaya and Michelle into the Bush and well ending up looking like he had either had a really bad hair day or maybe he was into those mud therapy treatments. I've heard from the TV programmes mud is very very good for hoomans but I don't know about white kittens fur 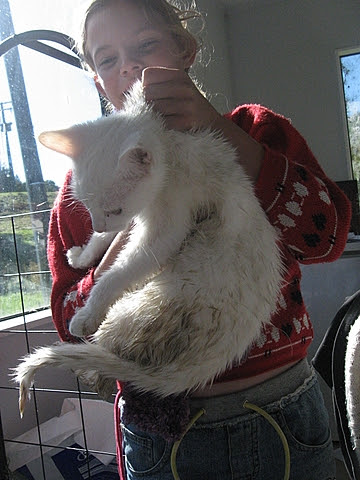 As you can see Sasquatch was a star candidate for the NOT WHAT TO WEAR TV series. Bad fur coats just don't get the photo shoot guys fired up not one bit. And No Inaya is not trying to strangle Sasquatch she was trying to stop him from climbing all over the sofa with all that mud on him. If everyone has been wondering just what the heck I have been up to it's like this. Deadlines, more deadlines,dead tired and a lousy Kidney infection that took its time to go away. On top of that winter has now come so now it's back to fixing broken fences, feeding out and hoping like hell my house doesn't slip away because we have a huge council stormwater drain 50 feet from our house. 2 years ago we ended up losing just over 30 ft of bank in one nights worth of heavy rain. Piles of tractor, truck and car tyres later the slip is mostly stablilised - no thanks to the local council and their damned drain. Moving on here now I've grouched about drains. Strange things have been occuring around the Mad Bush Farm. The first very wierd thing was with Feather our golden laced Wyandotte Hen. She ended up with a really bad version of a Japanese Goth chicken. All her neck and brest feathers fell out and now well anyone would think she was into a complete new look. The next even wierder and stranger thing has been to do with a certain species of marsupial known as the Australian Brustailed Possum aka Rotten Marsupial Sod. Rotten Maruspial sod this time was a little guy (and is still alive I might add *mutter*) that has taken up residence in one of our cabbage trees right by the house. Normally Emerald hunts and kills these nasty smelly little pests. Not this one. It's so tame I ...well yanked it by the tail one night to see if I could pull it down then bop it on the head...Yes claw power won over skinny arm power...drat! Did it do anything? No it just sat there clung to the tree and gave me that innocent look *who me?* Yes I know I'm a rotten marsupial sod that destroys everything I can get my teeth onto but...you plan to remove me from this tree will always fail for we are 71 million strong so shove off stupid hooman idiot with the skinny arms and by the way that fag in your mouth does nothing for your fashion sense..darling** Worse than that there is a budding odd friendship now developed between Sasquatch and the RMS (Rotten Marsupial Sod). Sasquatch licks the possum and the possum tries to groom him. Bizarre but true I will try to get a photo of it but as for RMS his days as resident here on the Mad Bush Farm are numbered. The gun will be coming out thanks to Uncle Len. Then no more RMS living in my cabbage tree. Well I have a load more to blog about but I'll finish this post and then start figuring out the next one. And guys I'll catch up with you all now things have settled and back to normal. Because as usual I have been subjected to...MADNESS! 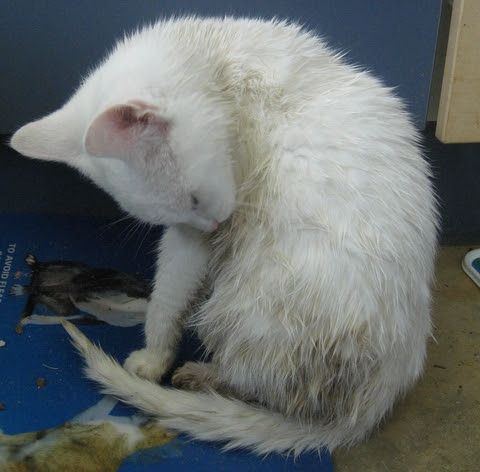