The demise of Dusty the hen 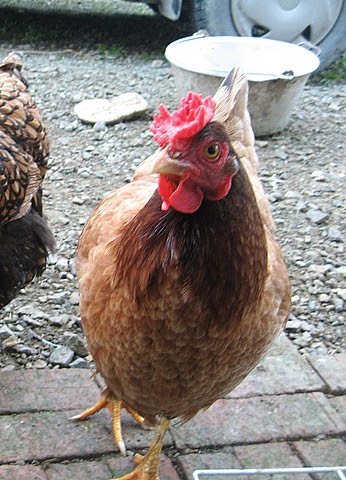 As we all know living in any rural area has it's share of predatory creatures looking for that one opportunity to attack unwary stock. We don't have foxes, snakes, bears, coyotes and cougars to worry about but we do have ferrets, stoats, wild cats, possums and of course our native Harrier Hawks. Harrier Hawks are amazing Birds of Prey and I have a lot of respect for them. One thing I have noticed about the hawks that live on our farm - they have a set flight pattern following it several times during the day. People tend to take them for granted but I think they're worth observing and taking note of how they hunt for then strike down their prey. I've see a hawk pick up a rabbit then drop it 50 feet to kill it. Incredible. 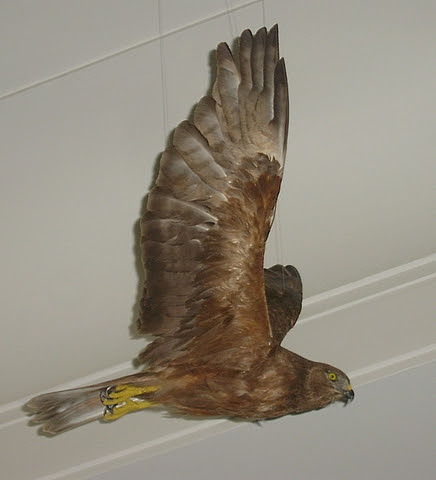 Sadly it was a hawk that took the opportunity to prey on our hens. Dusty was the one that was unfortunate enough not to have got away in time. I found the feathers all over the driveway and realised something had gone horribly wrong with one of our chickens. I was dreading finding the remains I hate dead birds (long story). Strange mentioneing that when i can handle everything else but not avian remains..yuk. No body anywhere then Inaya found poor Dusty under the truck looking very much the worse for wear. We brought the little hen inside and I took a look at her wounds. I didn't hold out much hope given the hawk's talons had severed the tendons in the leg and wing muscles. Inaya of course of was really upset with me for evening suggesting the bird should be put down. I humoured her for the night by keeping poor Dusty warm then waited until the girls had gone to school. I've lost the stomach I think for killing hens. Roosters I don't think twice about. I had a talk to Meredith at the vets and they very kindly put Dusty to sleep. There was no hope for the little hen so it was better to put her out of her pain than the poor chicken end up dying from pain and the infection from the wounds. I'm not angry at the Hawk he was only doing what nature designed him to do. Besides I like watching the hawks flight awesome.
Email Post
Labels: chicken farm hawk vets