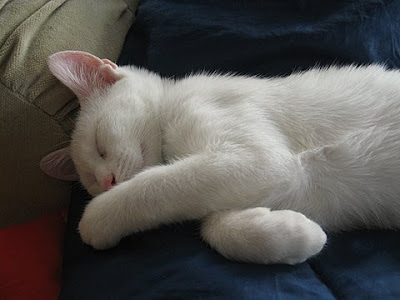 Lazy Sunday Afternoon..nice for some

I am totalled. I've spent the entire weekend gardening and looking for a missing cat. Emerald has been missing now for five days. We can't find her and Inaya is heart broken. We've rung the SPCA and notified the vets but so far nobody has seen her. Tomorrow will be another day but it's strange not having Emerald around anymore. We miss her despite having three other cats here to fill the void. 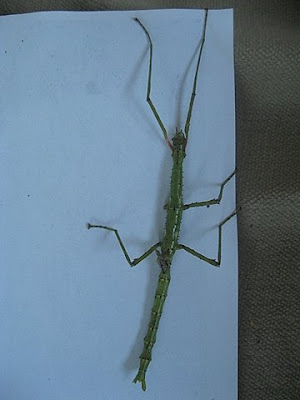 Crazy looking critters Stick Insects. We have green and brown ones all around the garden and farm. A quick search on the net and I found entire websites dedicated to keeping Stick Insects as pets. Well I suppose that's different. I like them but for a pet? Nah. No I have this for a pet... 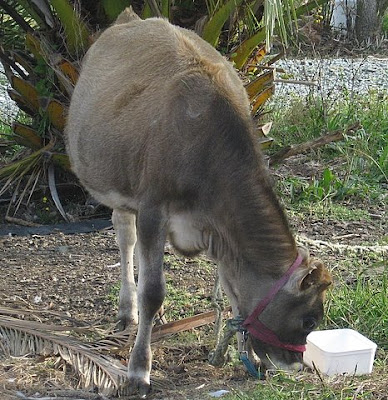 A pot-bellied Terrorist with an obsession for chicken feathers and old ice cream containers. She drank all the chickens water out of it as well and ate their bread. 8 months old and getting rather large I might add and those horns are sharp and badly in need of being taken off by the vet. Hopefully we can get that done sooner rather than later.And last but not least this naughty snail.. 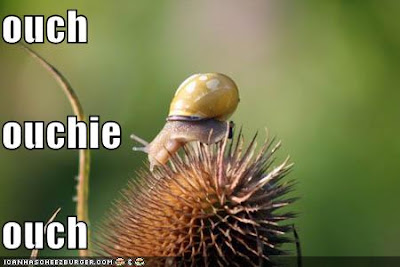 Serves him right for all those lettuces he ate during the night without asking first....
Email Post
Labels: 15kg terrorist cat Dairy Farming snail stick insect