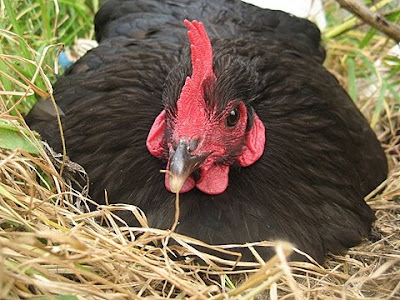 Yet again Maggie May decided to hoard her eggs and pick anyone attempting to help themselves. Sat stubbornly there in the middle of my (rather overgrown) so-called lawn there she sat grumping and fluffed out denying all comers. We wanted those eggs for an omlet but Maggie wasn't about to let the human nuisances help themselves to her little pile. So we waited...bided our time until the frumpy little hen had decided to go off briefly and have a pick at the food we had put out..while her feathery back was turned the kids and I stole those eggs and left behind a tennis ball. She sat on it for three days then finally decided a tennis ball wasn't the most comfortable kind of egg to sit upon Maggie gave it up. She's back to normal now - well as normal as anything living here on this mad farm can get. 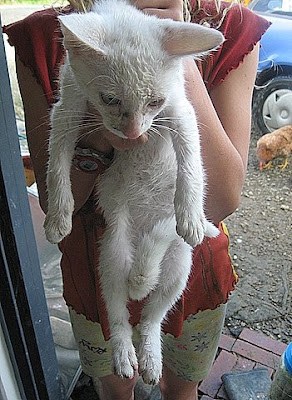 Sasquatch had decided to visit the stream and get a new look for his fur aka Mad Bush Wet-look. Not sure if the Kitty fashion magazines would consider the old eighties style of fur-do as an in look right now. He'll have to do better if he wants to make the big time. A towel soon took care of the new look. He didn't mind he'll try again next fashion season perhaps 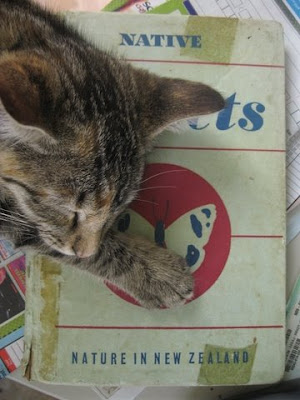 Yowie was being more diligent about her future plans. Instead she had chosen to do an indepth study of native New Zealand insects. That way she can choose which one she'll have for dinner tomorrow night - with or without cheese on top. Dragonfly was the main course for lunch yesterday. Hitting the books though obviously got on top of her so she had to take a cat nap between chapters. 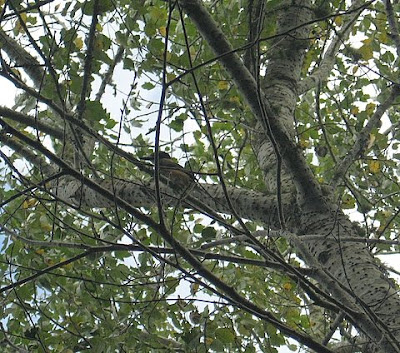 In the meantime Oscar the Grouch has been following me all around the farm. He's stopped being so grumpy - but everywhere I go he goes. Obviously the truce hasn't yet been quite accepted. He's now a self appointed superviser as if I need anymore? 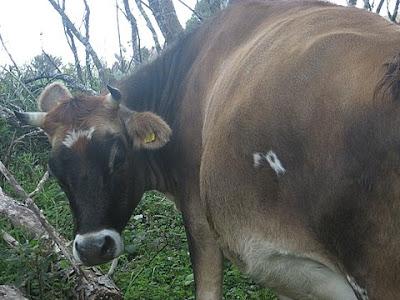 River is wondering why everyone is giving her so much attention. Fat,very very pregnant and she's starting to gradually slow down. The kids have been worried about her but River knows when the time will be right to have her calf. I don't ever worry - the old saying goes a watched cow (or mare) never calves (or foals) not in our time anyway. She's just fine and doing everything a cow near calving does. One morning I'll get up go and out and check the stock and River will have a baby with her. Then I'll get the camera out and take a photo. 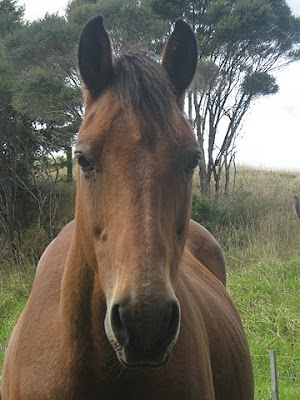