Labour Weekend (of course I wore my gumboots!) #FarmVoices #NorthlandNZ 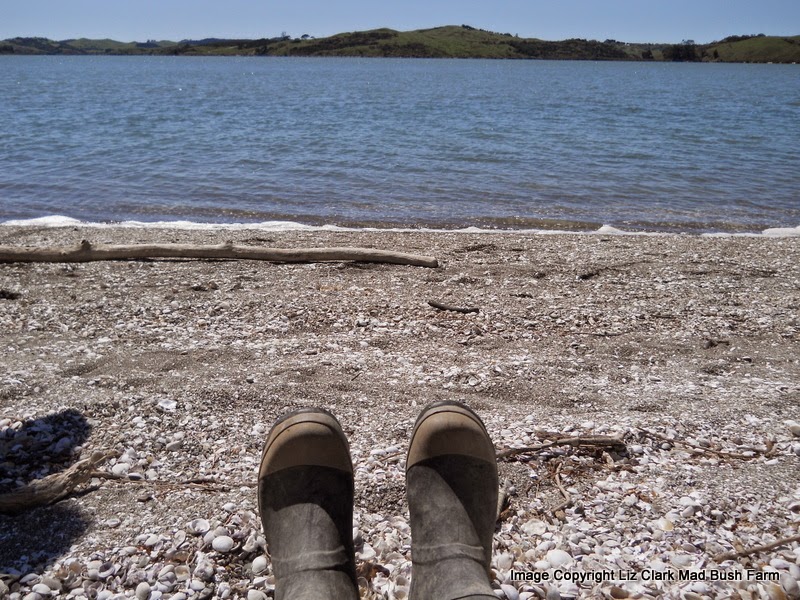 I don't do selfies of my mug.  I just do selfies of my gumboots instead. There are my gumboots looking out across beautiful Batley Bay yesterday. They got wet of course. I walked in the tide with them on as any self respecting Mad Bush Farmer would expect one to do. Amy and the kids came over, so we decided to go and visit the beach for a change of scenery. With my girls being teenagers these days, the beach was not an appealing option. Inaya wanted to stay home with the technology at her fingertips. Too bad I said we're getting you lot out of the crypt bedrooms well away from the Tumblr blogs and smart phones with discussions about Star Trek politics and heck knows what other fandom stuff. I used to do it too. Once a trekkie, always a trekkie. Just not yesterday. 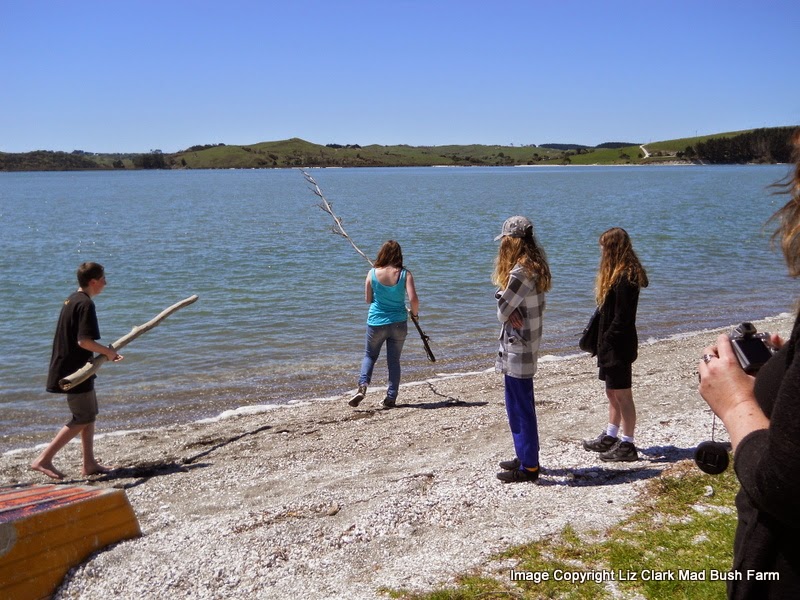 The kids weren't all that keen of course on some isolated bay on the north eastern arm of the Kaipara Harbour. Amy and I had our cameras with us of course. We were after getting some more shots of the area and especially on such a stunning day. The tide was in, people were out and about and it was just a perfect opportunity to get some great images to remember the day by. 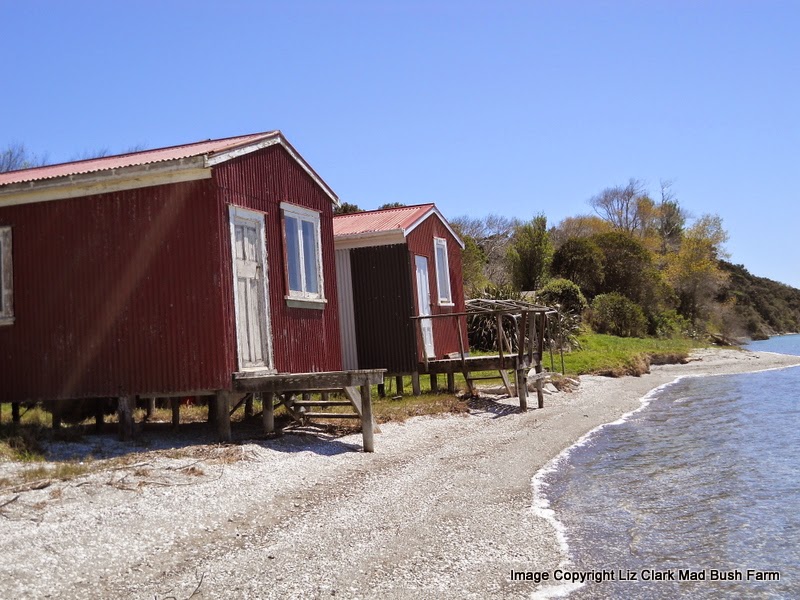 I love these old tin boat sheds that have been at Batley for years. People do use them to stay in. The paint is flaking off the old wooden doors and window frames. During the summer their owners sit out on the old timber decks, and just enjoy the harbour in all its glory. Batley itself has a long history. It was originally name Oahau, then later its name was changed to Batley. Named for the township in Yorkshire by a subsequent owner William Colbeck. Once there was a canning factory and a steam powered flour mill on the shore. All since vanished from memory. The only inhabitants of the now tranquil bay are Rex and Rae Roadley residing in the beautifully restored grand villa aptly named Batley House. 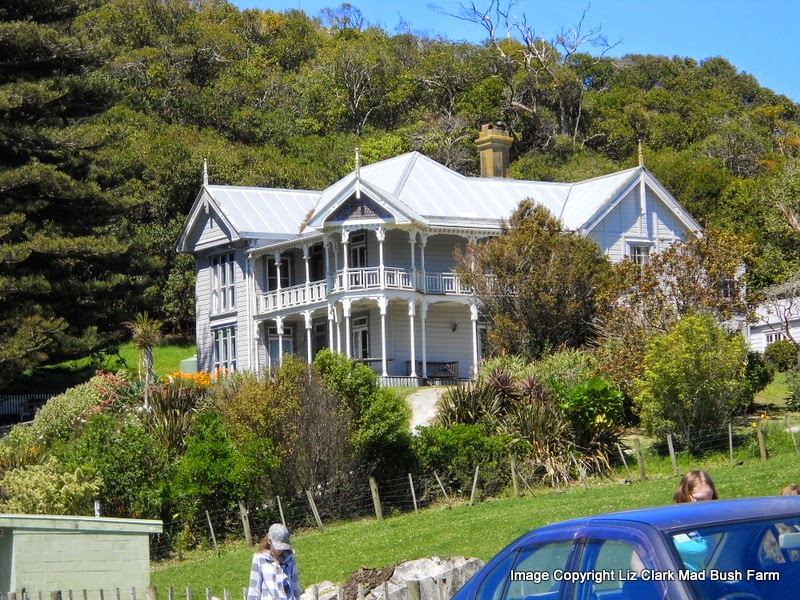 We spent a couple of hours catching up on everything while the teenagers denied of their technology roamed aimlessly around the beach. We'll have to take the technology away more often I think!
Email Post