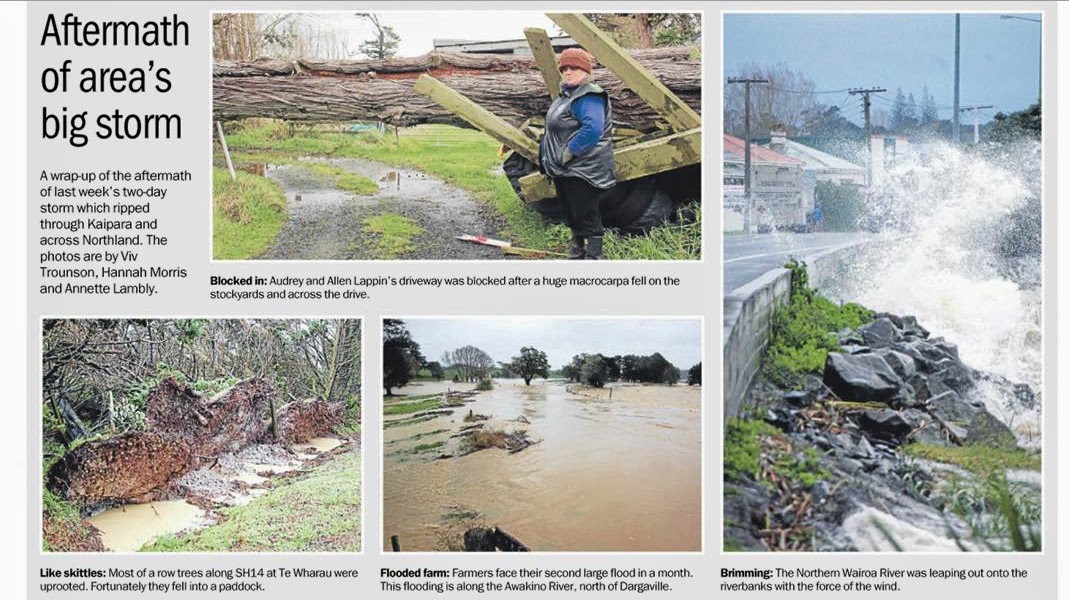 The weekend before last we had a massive storm come in from the Tasman Sea. Most of Northland was inundated with heavy rainfall, high winds and thousands of hectares of farm land under water. It couldn't have come at a worse time for our dairy farmers. With calving commencing for the new dairying season, losing pasture to flooding wasn't a welcome sight. I've spend most of the week clearing up flood damage and fallen branches that had broken one of my electric fences. I had hoped we'd be over the worst of it all and then bang the next storm has come along today with the Metservice warning of more heavy rain and high winds. After two consecutive droughts and now an over kill of rain this rather miserable winter I wouldn't blame anyone for wanting to walk away. But like many rural communities globally, people stick it out, clear up the mess and move on. The photos above were published in the Dargaville News last Wednesday. It's not over yet. Until the winter abates no doubt we'll have more bad weather to come. No point complaining we just have to get on with it. On a more positive note.... 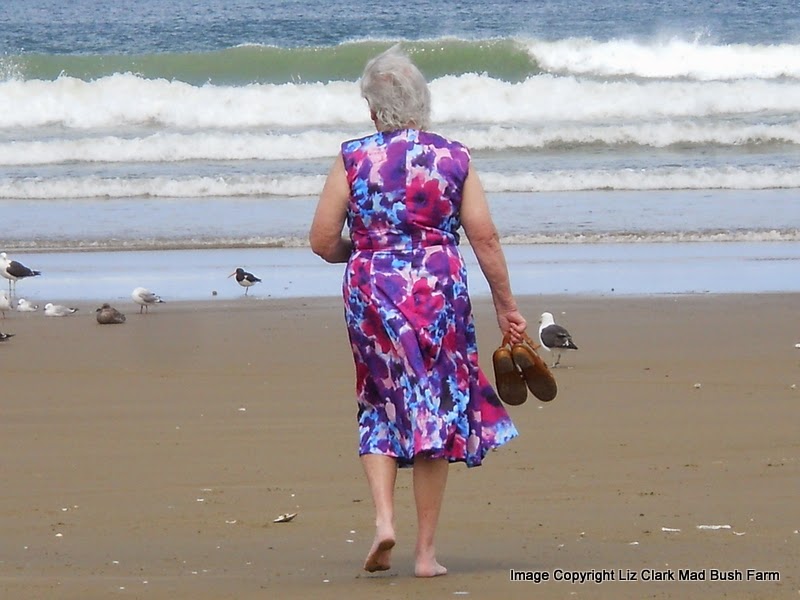 Back at the end of February this year Mum asked me to take her to a place called Glinks Gully. It's a small coastal holiday settlement on the shores of the very long Ripiro Beach. All up the beach is about 66 miles (107km) long. It's been the scene for many a shipwreck over the last 150 or so years. It also has a lot of old Maori pa sites which are protected by law. Mum I think needed that day. I just stepped back and let Mum go and take it all in. She hasn't been very well for a while now. The radiant smile and the joy on her face was just something I won't ever forget. There she is, with shoes in hand walking barefoot towards the waves. 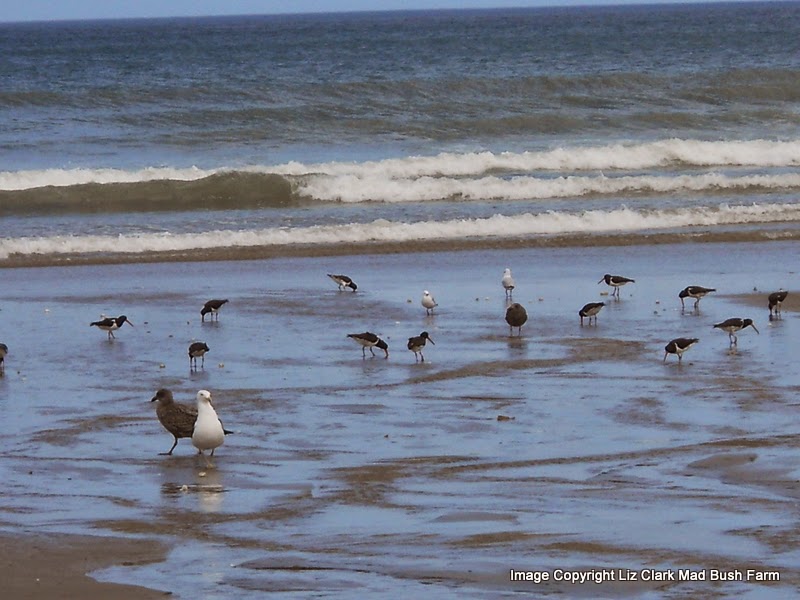 I asked after she had finished her walk if she wanted to go anywhere else. She was so happy that I was asking and not treating her like someone to be locked up inside. She needed the sunshine and some time just to enjoy herself and the amazing landscape the region we live in has on our doorstep. I love the entire district it is just so beautiful. So after a thought or two I asked Mum if she wanted to see the gigantic Kauri Tree Tane Mahuta (discovered 1923/24). She was really keen to see it again. So off we went. 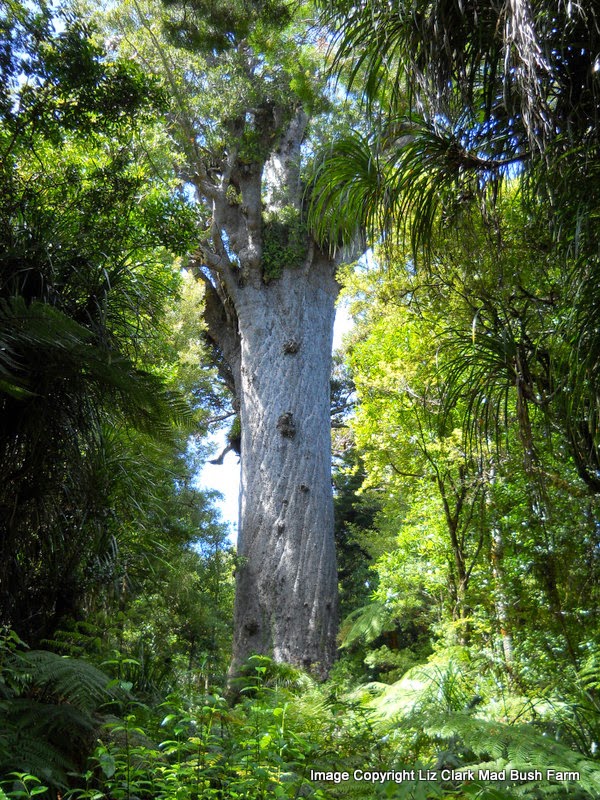 It didn't take too long to reach the Waipoua Forest where Tane Mahuta lives. I first saw this tree when I was just 9 years old. This was the second time I had seen it with Mum. I've been other times, but after 40 years it was so nice to have Mum with me gazing up at the massive truck and towering crown of a tree believed to be about 2000 years old. We spent a while there just taking in the stunning untouched forest, before Mum said she was feeling a little tired so we started to head back home. 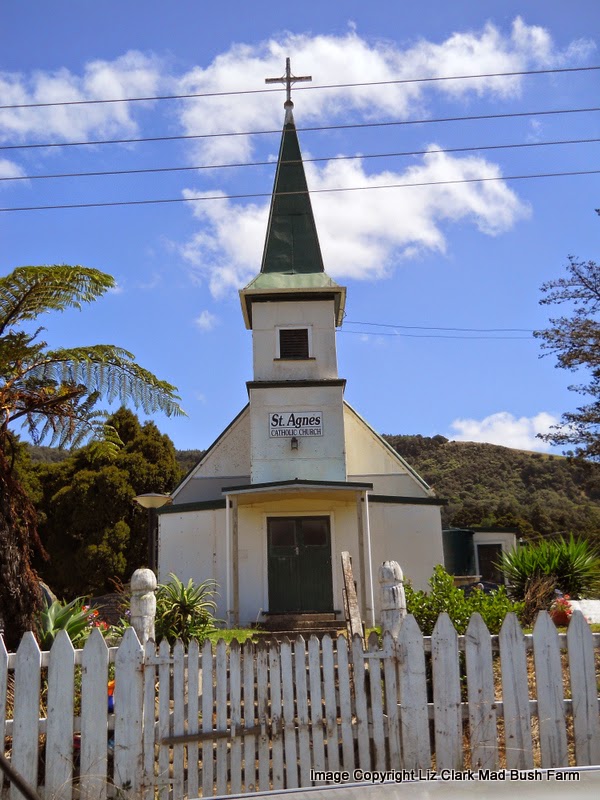 On the way home we stopped in at the former Kauri timber settlement of Kaihu (formerly Opanake) where I photographed the old Kaihu Tavern (1899) and the beautiful old St Agnes Catholic church which was built by the local Maori people in 1896. It's still in use even today. It's a special place worthy of preservation.

A few weeks ago I was asked by the Farmon Foundation in Canada if they could include some of my images in an exhibition now on in Alberta Canada. What a huge honour and a positive way to get the stories of rural life from across the world out there. The exhibition is on now. Worth seeing if you're in Canada. I've been involved indirectly with the Foundation through theirr #FarmVoices feed on Twitter. Check out their website there's some awesome stuff on there for farmers. Hope you enjoy this video Farmon Foundation put together to promote the Born to Farm- #FarmVoices exhibition.

Well that's another blog post done and dusted. I need to get back to more regular blogging but it seems the words just haven't been there to write down. Today made a change for once I actually wrote something.!
Email Post
Labels: #farmvoices Bad Weather flooding Glinks Gully I hate winter Kaihu NorthlandNZ Storms Tane Mahuta winter