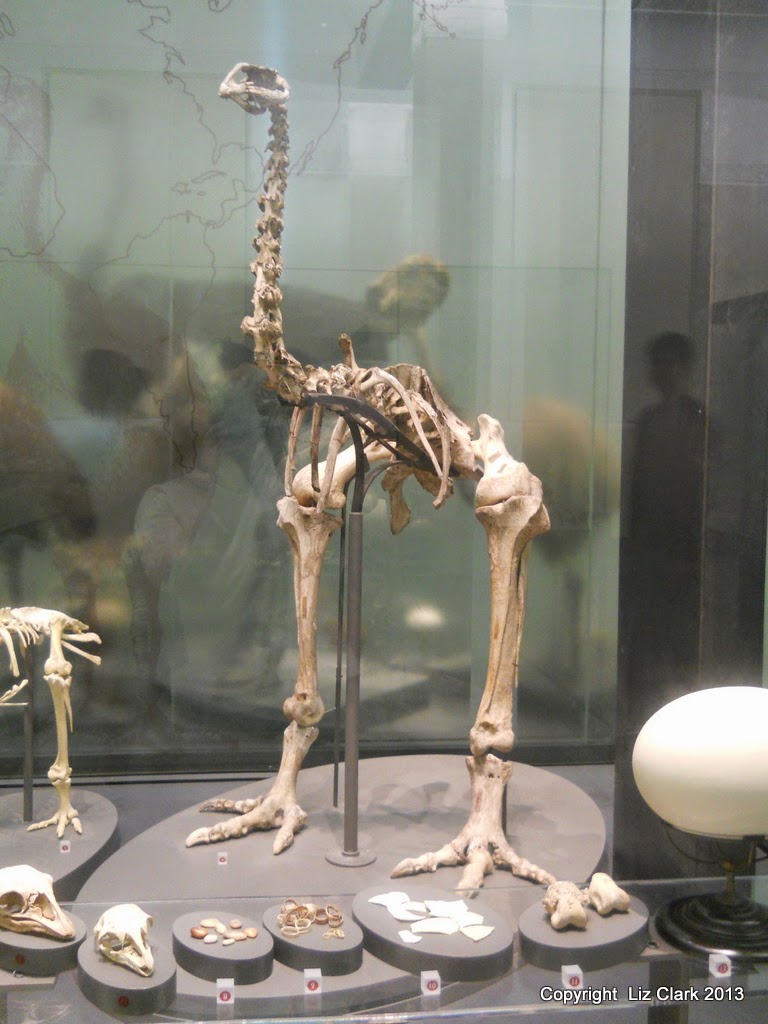 Years ago when my Dad was still alive and I was still a kid, we had a special get-away place at Tramcar Bay on the Whangateau Harbour. It was high up on a hill overlooking the bay, and from there we could see out over to Omaha Peninisula, and further out to the point where Tarawhanui ended at the rocky edge of Takatu point. Dad loved to have us youngest kids on. Sometimes we would ask him what was for dinner, and he would say "Bees knees and potato bread". Took a while to click that bees knees were a little difficult to obtain, and making bread out of potatoes wouldn't really work that well.

One summer Dad mentioned there was a "moa" in the bush. We had a lovely stand of ancient native bush just down below, with a clay track lined with ancient pohutukawa trees, and a rope swing over the water at the end of the short journey down to the bay. A moa? A real live moa? Of course, kids will believe anything at such a tender age, as I was back then.

Just before Christmas, I had learned all about the gigantic moa birds that once walked New Zealand's forests. Typically, the imagination was running wild about finding a HUGE moa bird hiding in the bush.  Still, with faith that my dear dad wasn't kidding about that moa bird - off a couple of kids went in search of a long since-extinct monster.

Up the trees we looked and down the trees we looked. Through the tracks, under the ferns, there we hunted for the giant, that shouldn't be able to hide from a couple of keen eyed kids. All afternoon we hunted high and low, but alas, no moa was to be found anywhere in the bush. Crestfallen, we both headed back with heads down and frustration in our minds. That moa had to be somewhere, it had to be, because Dad said it was.

And thus we returned sad in our defeat, to tell our dad that no moa was to be found. It just had to hiding, because it knew we were looking  for it. Dad though, had a cheeky grin and a little chuckle. He just quietly led us kids back down the path, then slightly off to the left. Indeed there was a mower - a lawn mower that was. A rusty old lawn mower long ago left by someone in the bush. All dad could say as he laughed loudly "See? I told you there was a mower in the bush!".

And the lesson for us kids was to check our spelling!
Email Post
Labels: Dad fooled kids moas mowers New Zealand Yarns