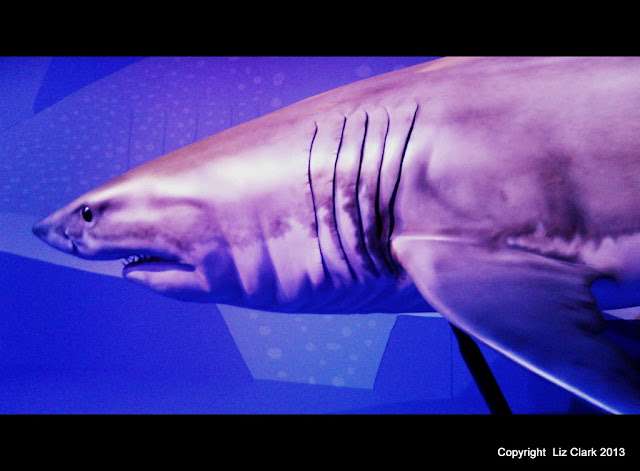 Lisa my lifetime friend (and author of the wonderful Timespanner blog) of over 30 years and I went out last Saturday to the Auckland Museum to celebrate her 50th Birthday. There was a wonderful exhibition on titled Moana My Ocean on the subject of New Zealand sealife. We had a ball. The displays were amazing. Huge model sharks were there to greet us all. They were amazing. 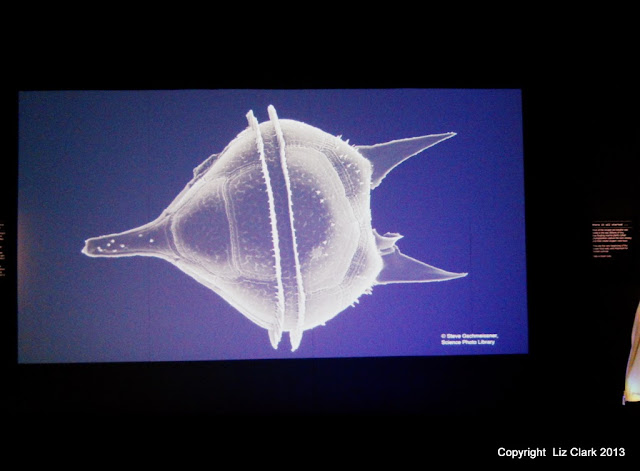 There were huge interactive screens showing images of the plankton found in the ocean, and other tiny sea life. The interior was darkened to give a feeling I guess of the ocean depths. You would be amazed at the kind of things that are found in the waters around the New Zealand coast. 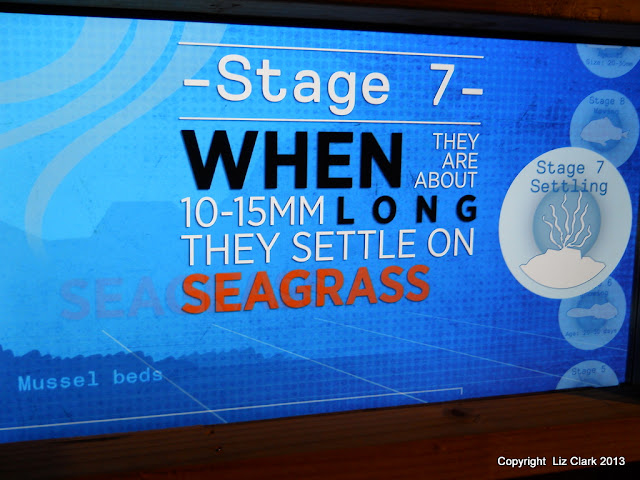 There was a great interactive display about the life cycle of the New Zealand Snapper, which is a popular fish for recreational fishing. When I was a kid, my father would take the entire family out in the boat to fish for snapper. Now the stocks are so depleted, the government have had to put in place limits on the catch and size of the fish taken. Fair enough. Better to keep our fish stocks safe for the future than to just let them end up being wiped out. 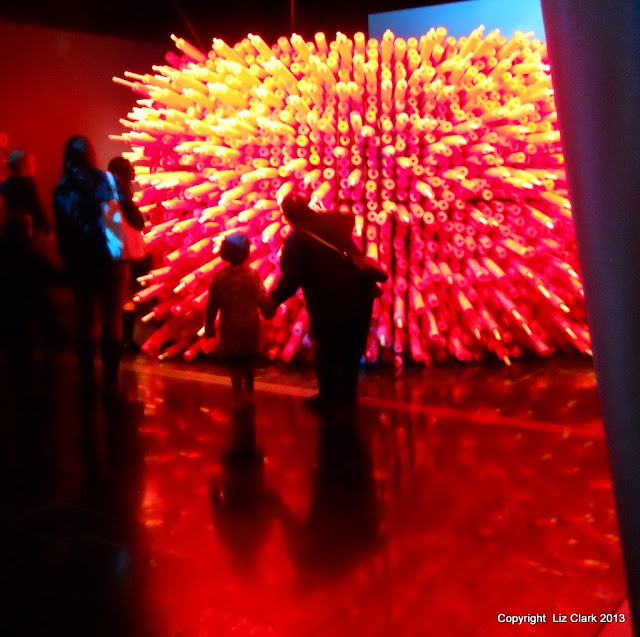 There were lots of interesting things for kids to get involved with and look at without them getting bored. A blessing for the parents with little kids in tow. What I loved most of all were all the fish species on display from the museum collection. 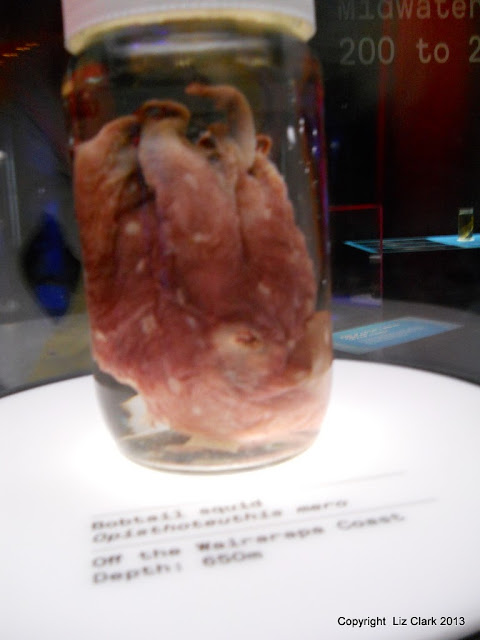 This is a Bobtail squid found at a depth of 650 metres off the Wairarapa coast. The image is a bit blurred because my useless camera decided to pack a sad!. This creature may not be pretty to look at. Below is a better photo. 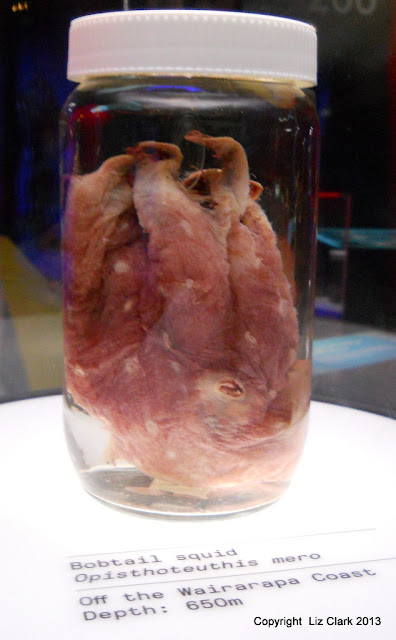 This squid was described fairly recently from what I can find around 1999. It's a fascinating creature to see. 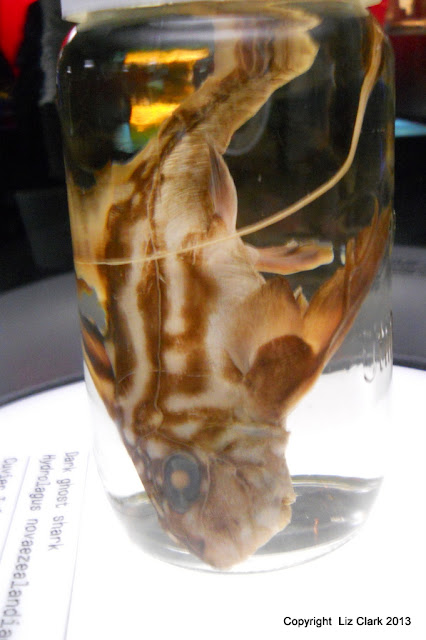 And then there is this amazing Dark ghost shark. It's related to the elephant fish from the information that I've found about it.Have a read it's very interesting and the markings are amazing.

Dark ghost sharkThe dark ghost shark is a relative of the elephant fish but lacks its trunk-like snout. It has a long, tapering tail. It is also smaller, averaging 50-60cm. This dark, mottled fish, occurs over the outer continental shelf in 350-1000m deep water, where it is caught in trawl nets.
This fish has a conical snout and an elongate, tapering body. On its back it has a triangular first dorsal fin (and spine) and a long, low second dorsal fin. The dark ghost shark is dark grey above with a mottled pattern of distinct silver-white markings, and pale silver-grey underneath. The mouth is small, and located well back and beneath the snout. 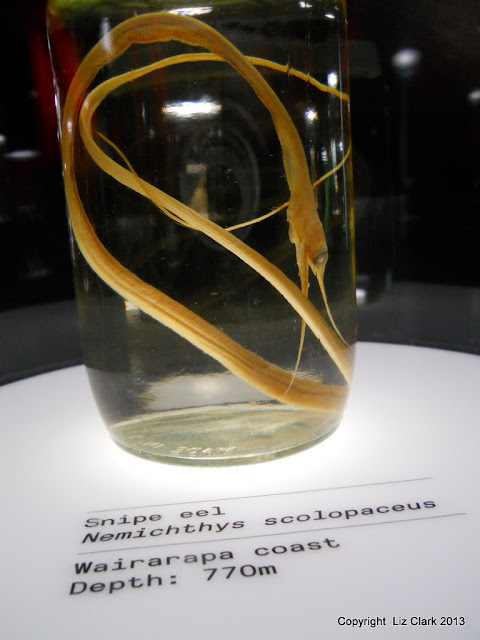 One of the wierdest of all was this Snipe eel. It's another deep sea creature we would normally never see beyond this creature in a jar. What I liked about the exhibition was the focus on our own sealife. I know I certainly appreciated seeing and reading about our amazing marine life. It's far more interesting than people would think.

Check out this amazing promotional video on Youtube about the Moana My Ocean exhibition. Best of all it's FREE!!! If you are an Auckland resident you get into the museum for free. Outside of the Auckland region it costs $10 for entry, but that includes the entire museum. It's cheap and well worth checking out. 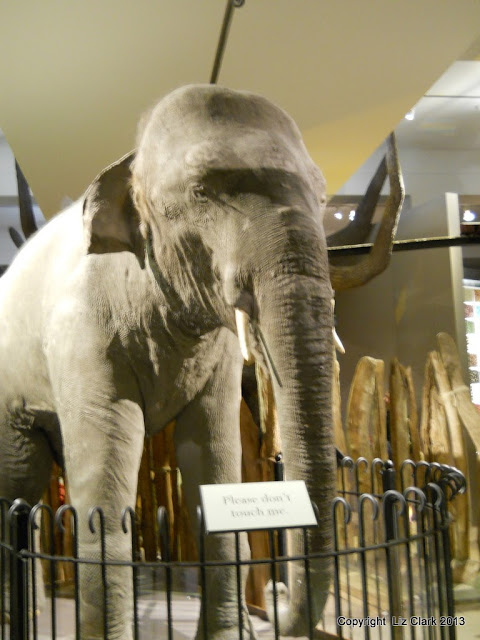 I have to mention dear old Rajah the elephant. He arrived at the Auckland Museum in March 1936. A very sad tale to tell has Rajah. He started life somewhere in the forests of Burma or India, and was caught when he was very young in an elephant drive. He went on to London where he was on display with a group of 15 other elephants in the Burma Court at the British Empire Exhibition in 1924. He was owned by an animal dealer named George Bruce Chapman. Chapman swapped the little elephant for Bennetts Wallaby and a Tasmanian tiger in 1925 with Hobart (Beaumaris) Zoo. Rajah had no name until he arrived at Hobart and was named "Jumbo" not very original. He gave rides to children until 1930, when he was sold to Auckland Zoo here in New Zealand. They renamed him "Rajah", but sadly things didn't work out for the poor elephant. I worked out from the photos I found of him that he was barely four years old when he arrived at the Hobart Zoo. He was around 9 years old when he left for Auckland and less than six years later at the tender age of around 14 years old, he was destroyed, and turned into an exhibit at the Auckland Museum. Some time back Lisa had posted a photo on her blog of Rajah. Something about the photo really got to me. So I researched his background. You can read the 2010 Guest blog post I wrote on Timespanner and a second post I authored this year about the myths on why Rajah was shot. 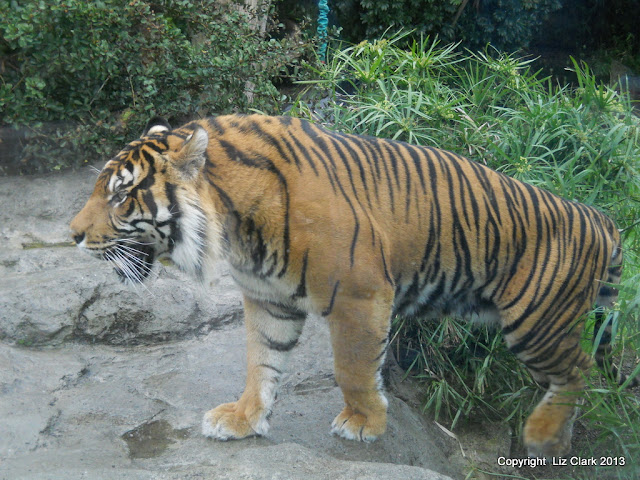 After the visit to the museum, we went to Auckland Zoo to watch the Tiger Encounter. The day was wet and miserable but seeing Oz the big male Sumatran tiger enjoy his enrichment session was a highlight. Animals in zoos need plenty to do, and the enrichment programme is one way of keeping captive animals welfare taken care of. 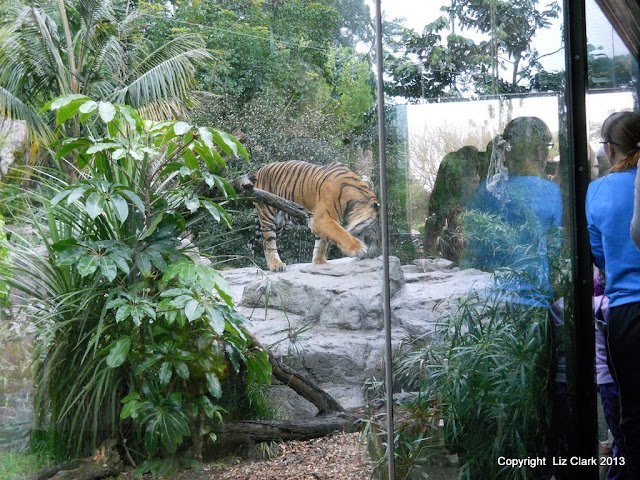 Now he is one happy Tiger!!! And that is good to see. There's so much more I could write about, but I'll leave it here for now. Lots more pictures and things to write about yet to come.
Email Post