Putting on a bit of a show 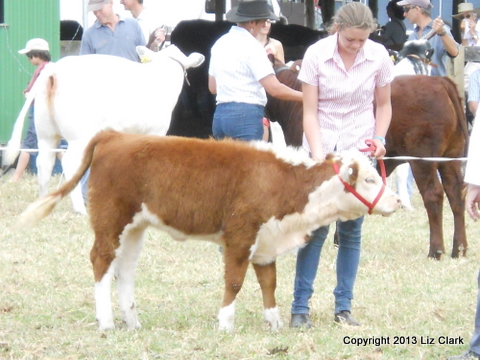 I've had a couple of rather sleepless nights thanks to the darned Terrorist and her nightly raids on my garden. Yes it's my fault she should be fenced in, but as usual like all the rest of the stuff to get done around the place something comes up. Helping out a friend yesterday kind of took priority over making a new fence. I'll get around to it sometime this week - yeah...right. Anyway at 3 a.m. this morning the Terrorist was at my front door. I opened it and she promptly licked me with her wet slimy sandpaper tongue just to let me know what a fine job she had done of wrecking my trees. How nice of her NOT. Never mind they'll grow back event Sending Terrorist to the works will of course never happen. Anyway, earlier this year I took a heap of photographs of the Paparoa Show. My wonderful friend Janet breeds Miniature Hereford cattle. If you have a smaller block these cattle are ideal. the calf in the picture is named Riverlets Diamond. She is from Janet's previous yearling shown back in 2011 named Sparkler. Sparkler was a little madam at the 2011 show but a friend of Janet's sorted Sparkler out and she ended up behaving in the ring. This little heifer is her first calf and what a beautiful calf she is. 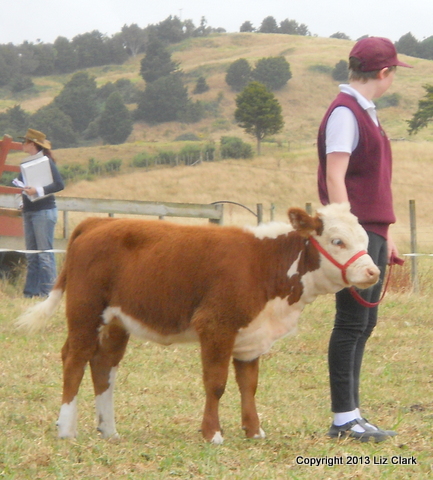 This little heifer is from another cow named Emma. I can't remember Emma's full registered name. This calf's name is Riverlet's Winsome. She's Emma's first live calf as the last one sadly was born dead. If you want to know more about Miniature Herefords then check out Janet's blog Hereminis. Janet has some great articles there she has written about this great smaller breed. We'll having Patrick one of Janet's bulls here later this year to get the two jersey cows in calf. He was just a calf when I first saw him back in 2010. The calves we get will be really nice animals. Great for the freezer!!! 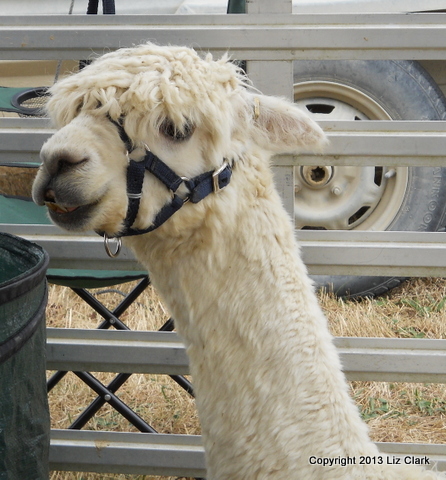 If you aren't into cattle you could always try having Alpacas I suppose. Would you believe these animals are actually part of the camel family? No? Actually they are a kind of a camel, except they originate from South America and not the Middle East. This was a wether (castrated male) that was for sale from Kandia Alpaca Stud. They average at a cost of around $900 each which is a lot of money.l Still people do keep these as pets and for their fibre. One thing about Alpacas they don't cut up the land like horses and cattle can do. 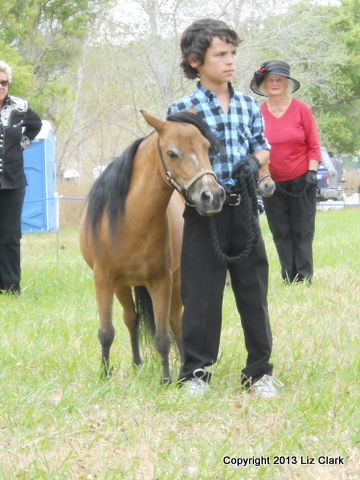 Still on the theme of mini animals here. There's also the miniature horses which really are great little fun pets, however it still concerns me that these animals are being bred simply for profit and not much else. It was nice to see so many well cared for and very much loved mini horses at the Paparoa Show. But again, please don't get one unless you know what you are doing, or can count on the support and knowledge of someone else who does. And if you have no experience with horses, avoid buying a young horse altogether. There are so many now of these little horses nobody wants that many are being put down or end up like little Shadia did being passed on from owner to owner. 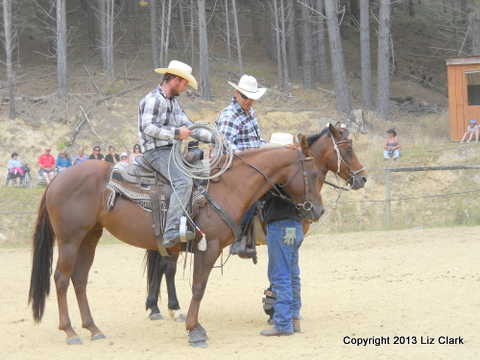 And last but not least at all were the rodeo guys. Every year they put on a great show for everyone. I just like this photo because it was a candid shot. I have a few of the barrel racing and the calf roping to post as well. So while I'm thinking up a yarn to write I hope you've enjoyed the photos. There will be more yet to come. And meanwhile I'll just go and put on the gumboots and chase the Horned Horror out of my garden now. No I can't win of course - I never will.
Email Post