If you wouldn't eat your cat - then why would you want to eat a lion? 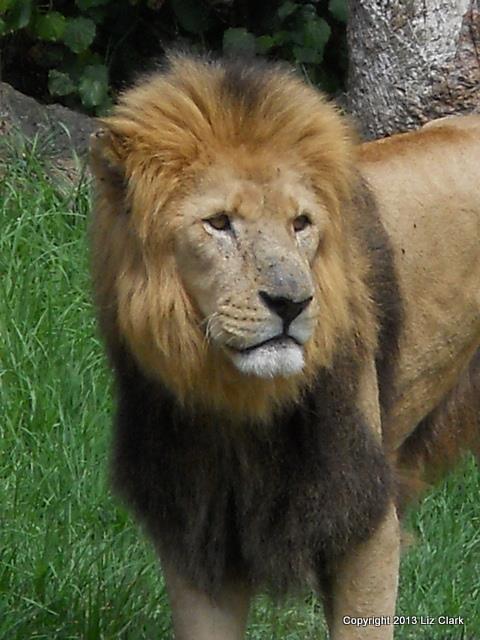 Would you eat your cat if a restaurant offered it to you as a gourment dish. At a guess most of us who have cats as pets, or would like to have one, would find such a suggestion absolutely abhorrent. Would you say if a restaurant had a lion or a tiger on the menu? In the USA such a thing has been occurring for the last few years. Now and then, in the headlines will appear yet another article about a restaurant offering lion meat on the menu. The latest controversy is in Tampa, Florida, where the owners of the restaurant Taco Fusion are offering lion meat as part of their safari menu.

"Since Taco Fusion, a Mexican restaurant known to offer unusual game meats like ostrich, camel, and bison in its tacos, added lion meat to its menu of "Safari Tacos" on May 2, the restaurant has had to field hostile calls from critics who are up in arms over the menu choice." - ABC News


Having a look at Taco Fusion's website makes for interesting reading in itself. Most of their posts seem to be about the missing husband of Carole Baskin the CEO of Big Cat Rescue, an intriguing aside to what is supposed to be the blog of a Mexican food restaurant. Some blog it is. Not much about food, and everything about other people they appear not to like very much. A few days later Taco Fusion withdrew lion meat from the menu.

"[People have been] coming into the establishment and throwing punches," restaurant manager Brad Barnett said.

"They say they are going to bomb us, burn us down, blow us up."

"They threatened to kidnap Brad and the owner," another manager, Bayardo Alvarez said. - Article by Ashley Davis

On the subject of Lion Meat itself? You might as well go and eat your own pet cat if you're willing to try a lion mean burger. New research has come to light that all members of the cat family including the family pet and the mighty African Lion all share a single common cat-like ancestor.

"Researchers say they have solved an 11-million-year-old puzzle: how a single feline-like ancestor in Asia spread throughout the world and developed into all modern cat species." - National Geographic News

Domestic cats and African Lions are all part of the Felidae family, also known as felids and felines, the family tree covers some 41 known species that currently exist today. Currently, the African Lion is on the decline. UK Charity organisation Lion Aid have stated the current African Lion population in the wild is down to a continental total of just 15,244 wild lions. A mere handful compared to the 200,000 or so back in the 1960s.

The answer is simple enough. Don't support any restaurants or suppliers that offer endangered species on their menu. If you can't eat your pet cat, then think of your pet cat, if you do decide to go spending money to try out the meat of the African Lion. It comes down to just another gimmick to get people to visit and dine at the table. By all means eat farmed animals such as Ostrich, cattle, sheep, deer and even Bison. But please avoid eating a predator, that is on the evolutionary scale of things, related to the cat that sits on your couch, shares your bed and is your companion. Lions don't sit on our sofas, or sleep on our beds, but genetically they are not too different from your loved feline pet.