In the Dog house and other rubbish 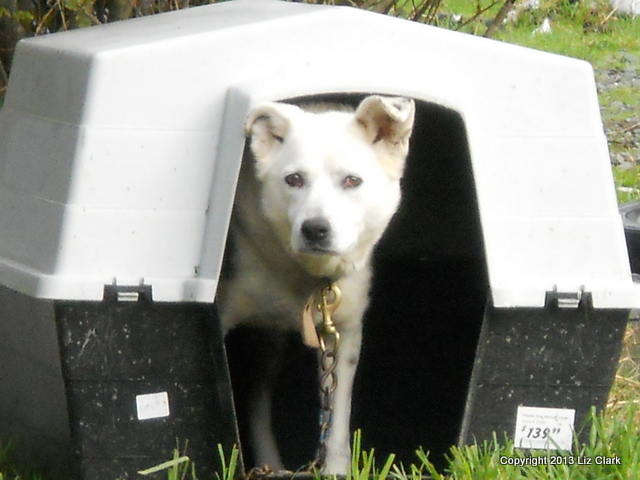 We had to get Simon a new kennel, after he totally demolished his old one. You would think that being given a whole brand new warm new house to live in, would spark some excitement. Yeah right. Well he wouldn't have anything to do with it for an entire week. Instead, despite the suggestion that it would keep him out of the weather, now that winter is well and truly setting in, the idiot would actually use it. No of course not. Instead he stubbornly sat on top of what was left of his old kennel, and slept out in the freezing cold. HELLO!!! I kept putting his dog biscuits inside it so he had to go in and get them. All week said dog remained firmly on top of the old kennel floor, with nothing but the sky as a roof and the grass all around him for walls. I'm surprised, he didn't end up like the funny looking nut obsessed squirrel thingy from the first Ice Age movie who ended  up frozen in a block of ice, along with his nut, and spent the next day or so thawing out. We know what happened there of course. He set off a volcanic eruption. EPIC FAIL! Any way on with the business at hand. So there he is one Friday morning, sleeping on top of his um 'kennel' and then the skies opened up, and it poured with rain down on top of him. I watched him as I drank my coffee. A wet, bedraggled farm dog, head down with water dripping off his snout considering his options. He pondered, considered some more that plastic thing, the stupid human had got for him, and then, high tailed it inside his new home. And there, he is in the new house. We got it on special - not what's on the price tag there. 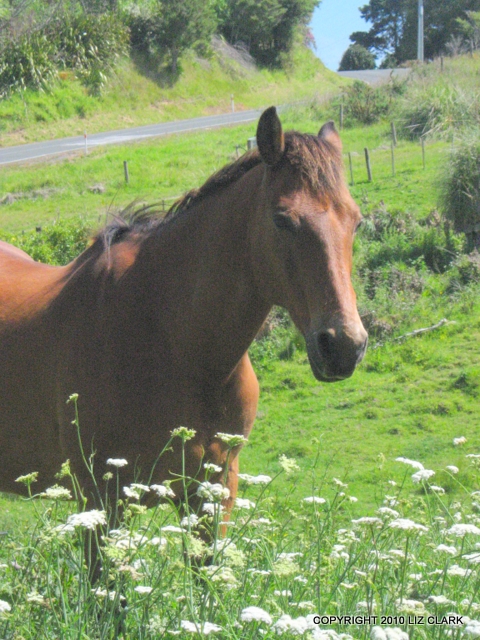 And then we have the old man. Now winter is here I've put him back onto his hard feed. Just one slight nine hand high problem named Ranger ended up in the mix. The old man would be trying to eat it, and Ranger would come along, grab the entire bucket with his teeth and walk off with it, So in the end I had to stand there, and keep Ranger away. Not fun standing in the rain. After getting sick of being drenched every other day, I decided to feed the old man at the door step. Yes feed everywhere. But it gets rapidly cleaned up by the equine mini mafia, and the old man gets to have his feed in peace. Means I can still drink my morning coffee, not get drenched and heck the place would be boring if I didn't have horses and cows at my door every morning. I love it actually. Trouble is now he's got the idea, he shows up all hours of the day wanting his feed. Oh who cares.