Well I thought I'd never do this but I have! 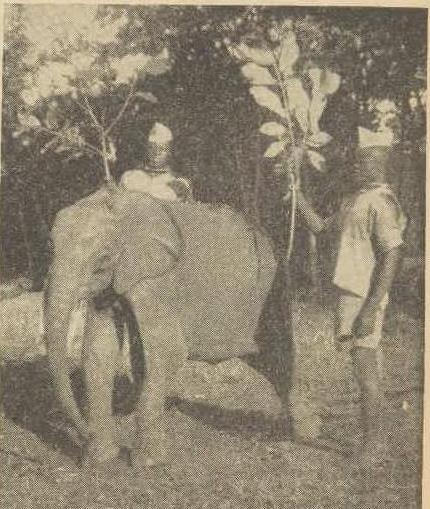 I've been researching so many animal stories of late, that I decided to take a leaf out of  Lisa's (aka Timespanner) book and produce the Australasian Zoo & Circus Animal Historical Journal. It's nothing fancy and it sure isn't the New York Times but I've enjoyed doing it. Not big, only 7 pages, but by the time I had finished writing up a story about the escape of a leopard from Auckland Zoo in 1925 we were into four pages. A blog post somehow just seemed to be out of the question. So this is my alternative to that dilemma. It started off because of an elephant named Rajah. Lisa had taken a photograph of the poor old long since deceased elephant at the Auckland Museum last year. Curiosity killed the cat so to speak - and next thing I knew I was digging deep into just where Rajah the so-called 'mad elephant' had really come from. So to Lisa and dear old Rajah the elephant thanks for giving me the inspiration to produce my little journal. It's non-commercial and for research purposes only but if it gives folks a good read that will make my day.