The greater plans of mice,cows,triffids and hacked off farmers? 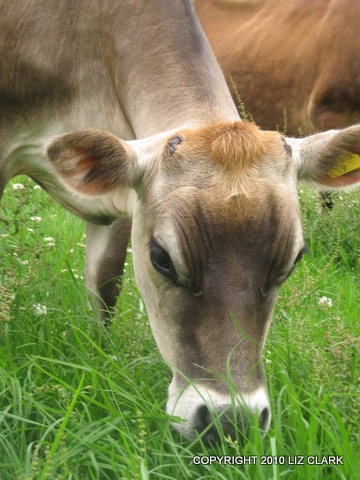 After two weeks of missing - we finally found The Terrorist. Turned out she had been locked up in one of the yards - not that she had minded all of that nice long grass. Mum saw her by the gate. So up I went and yes sure enough it was indeed The Terrorist looking rather guilty. As soon as I appeared she was up at the gate like a rabid camel. I forgot how rough her sandpaper tongue really ism and after having half of my skin scraped off my face I managed to open the gate. Any other normal cow would say Yippee!  -and head off for hills before said owners boot went up their backsides. Not this one. She knew she was in trouble, and walked back home to where she belonged, without any argument. Little toad acted like nothing had happened of course. 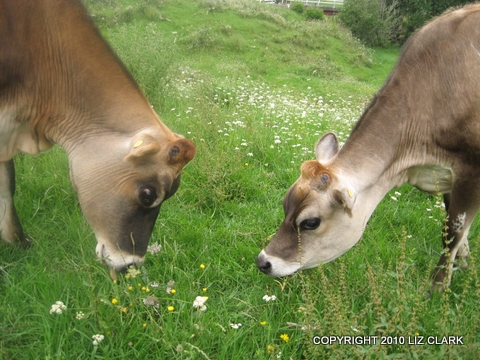 River, once she and the Terrorist were reunited, got on with a bit of sparring. River of course is bigger than said tiny Terrorist, who will be turning three this year. Nothing changes though with her. She still sticks near the house at night just to see where the hooman is at. Today I gave her a drench, and in turn, she tore half my hair out. That was nice - not! The truth is I wouldn't be without her - as naughty as she is. Glad I had her horns taken off though, at least now I don't get a sharp reminder in the rear end every now and then. Painful reminders I don't need any time soon. 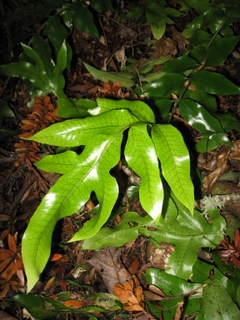 Oh well meantime it's just boring stuff going on. I have Triffids growing ever higher around my house I don't thing the herbicide did the job all that well. The cats are bringing in the mice faster than I can bop the little hairy critters off and our farmers in our area are really hacked off at the Kaipara District Council over this 'Outstanding Landscapes' proposal that if put into place will affect a lot of our local farmers. It means basically that if an area of their property is designated 'an outstanding landscape' then they can't farm it, they can't do anything with it and probably they won't be able to breathe near it. Madness in my view. One thing if it's near an urban area where areas like that are really in serious short supply. I agree that yes - we do need to preserve our stands of bush etc BUT the people who came up with this ridiculous idea didn't think to actually consider that the Kaipara District is in fact a FARMING AREA. No of course not - they suddenly got the PC bug, and decided to go making all kinds of areas 'outstanding landscapes'. Nobody was given enough time to make a submission.  The ironic part those on our local council are...you guessed it FARMERS. Meantime after all the hoo hah, the Council backed off at least a bit anyway. Now they're being taken to court by an environmental group for failing to include the outstanding landscapes in their district plan. There is a need for outstanding landscapes true, but in this case it's affecting private landowners in a huge way. I'm not one of them, but I know how I'd feel if suddenly I was told I couldn't do anything with my own land. I'd be ropeable to say the least. Food for thought anyway. Meantime I'll go and observe my 'outstanding landscape' of herbicide resistant Triffids.
Email Post
Labels: 15kg terrorist kaipara district council triffids