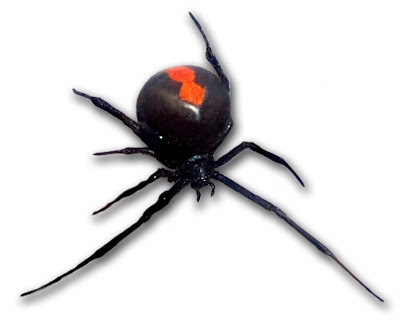 Research published this month in the international journal Biological Invasions shows that Australian redback spiders (Latrodectus hasseltii), which are already established in Central Otago and New Plymouth, could become established in many other parts of New Zealand, particularly urban areas around major ports.

AgResearch scientists Dr Cor Vink and Dr Craig Phillips are developing new approaches and tools to ensure harmful organisms are kept out of New Zealand. As part of this work they recorded sightings of redback spiders in New Zealand, then used biological and climatic information to reveal where redbacks could establish.

“Warm, dry conditions in some eastern areas of New Zealand are suitable for redback spiders to become established,” says Dr Vink. “The redback is likely to spread further in New Zealand than we expected. We originally thought the spiders couldn’t establish in even moderately wet climates, but they are surviving in places with relatively high rainfall like New Plymouth. ”The research strongly suggests that where there is shelter from rain, particularly in urban areas, redbacks can establish and survive. Spread of redbacks is likely to arise from the establishment of new invasions, rather than the spread of existing populations which have been here for some years.

“However, currently the distribution of redback spiders in New Zealand is still very limited, they are not aggressive, and eradication of geographically-limited populations may be possible,” said Dr Vink.

Dr Vink says that having redbacks in New Zealand is also significant to public health because they have the potential to become established in a number of areas that are close to urban populations. If this happened there would need to be public education of the dangers of these spiders.

“Our research shows that surveillance for redback spiders needs to be continued at major ports where cargo from Australia is unloaded,” said Dr Vink. Successful border control already produces regular interceptions of the redback as well as interceptions of the invasive brown widow and the western black widow. Both these species are related to the redback and all share a preference to similar habitat and climate requirements.

This research is part of Better Border Biosecurity, a large multi-partner 12 year science programme funded by the Foundation for Research, Science and Technology.

Link to the article published in Biological Invasions Journal http://www.citeulike.org/article/8125529