Art Stuff - Dog on the back of a Toyota Ute 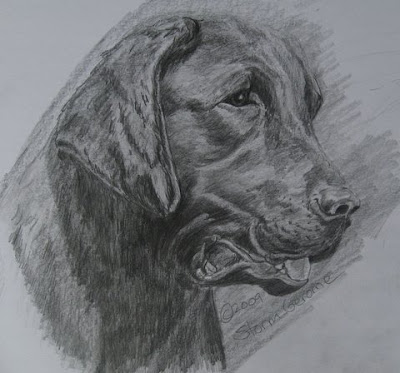 Just before Christmas last year I spotted a Toyota Farm Ute parked outside the local grocery store. Sat on the back waiting patiently for their boss to come back were two beautiful Labrador dogs. I had the camera with me so I grabbed a couple of shots and this is the result. I love dogs and I used to have them until I moved to the farm then started working in Real Estate. Having not enough time a dog was out of the question. They need company or they get lonely being left all day waiting for their owner to come home and give them some attention. It's a typical rural type scene - dogs on the back of the ute or the quad going out with the farmer to do the stock work. And of course Labradors are fantastic gun dogs as well as family pets. My former husband and I used to ahve a gundog called Winchester (named of course after the make of our shotguns). He was a great dog but sadly, an accident resulted in him having to be put down. I'd love another Labrador. Now I'm home that option may be considered a little later on. In the meantime I'll just keep on drawing them from time to time.
Email Post
Labels: art dog Labrador pencil pencil drawing