"Community is not an ideal; it is people. It is you and I. In community we are called to love people just as they are with their wounds and their gifts, not as we want them to be." – Jean Vanier


My mum would be very proud of our community and of the unselfish, compassionate people who put their all in to make our small rural town of Maungaturoto a better place.

Mum spent most of her later years giving time and energy to helping people in need as a community worker and later a chaplain for factory workers and Alzheimer's patients. The irony of it all was that later mum herself ended up with dementia. She passed away in January 2019 at age 86.

We always worried mum would end up in a secure unit - we were fortunate to be able to keep her in her own home. For most in my community, with a family member diagnosed with dementia, it means a trip 45 minutes or more away to Ranburn in Whangarei. For many, the trip is just that bit too far — which is where the power of a true community showed its might in our small town. 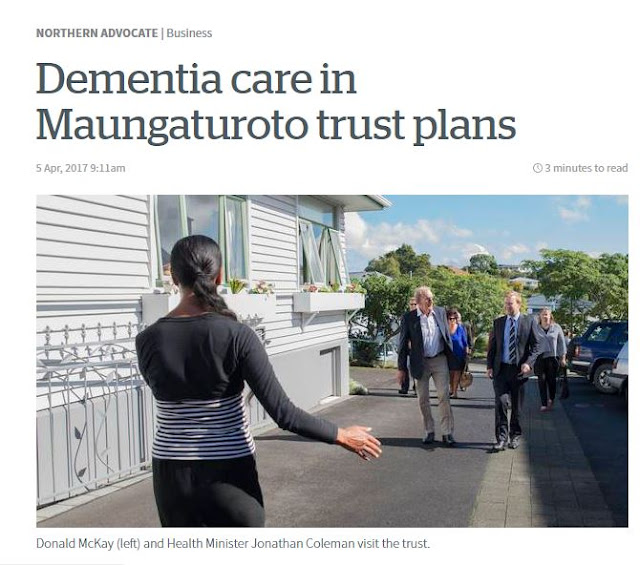 In April 2017, the Maungaturoto Community Charitable Trust launched a fundraising campaign to built a new dementia unit, as an addition to the Riverview Rest Home complex so local residents with dementia could remain in their community. It sparked a long story leading towards a significant amount of capital being fundraised by the efforts of many caring people in the surrounding rural communities. 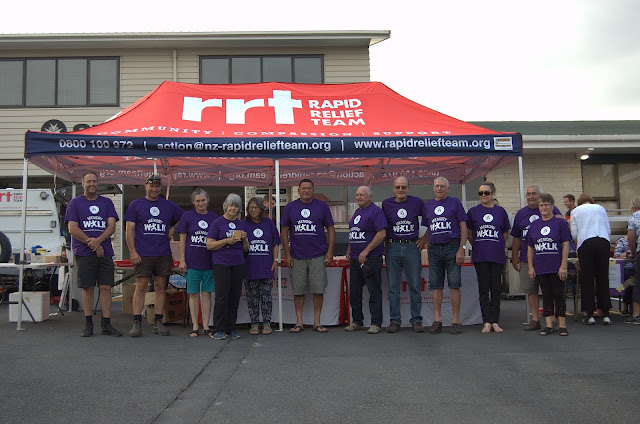 Fundraising breakfasts were held including this one from November 2019 with the legends of Maungaturoto leading the charge. The Rapid Relief Team (background) is an organisation run by the Plymouth Brethren Church to feed people in times of emergency. Through their immense efforts as well as the people seen in the photo (and many unseen) a concept began to become a reality. 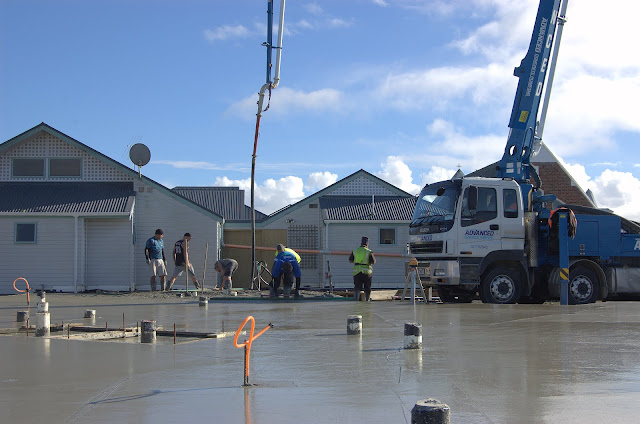 For a year the construction was on hold as more funds were needed until finally in March 2019 the go-ahead was finally given for the concrete slab to be poured. I went out one morning at around 10am and took the photos of the pour last year. It was a proud moment for many people to see the next stage of the build take place.

Fundraising continues as the next stage of the construction gets underway with the framing going up this month. Last weekend it was the turn of the Dahlias for Dementia Garden and House Tour with more than 650 people getting the pleasure of looking at 20 stunning properties including Woodleigh the 1947 art deco home of former MP and New Zealand High Commissioner to London Sir Lockwood Smith. The tour organised by a committee of amazing women  Karen Smales, Rae Roadley, Anne Pryde, Marg Paton and Kimberly Sinclair was a resounding success with more than $20,000 raised.

Community efforts extend as well into a former rail shed building later used as a Scout hall and now aptly named The Den. Led by the evergreen Albie Paton and his team of volunteers who pick up items donated by members of our local community to sell on and donate the proceeds to the dementia unit fundraiser

At 80 years old, community stalwart and an expert in lawn bowls, Albie has a wicked sense of humour and a drive that motivates so many others to follow suit. That's him below with a fractured finger giving the camera a bit of cheek during a planting day last year at the former Maungaturoto landfill site. 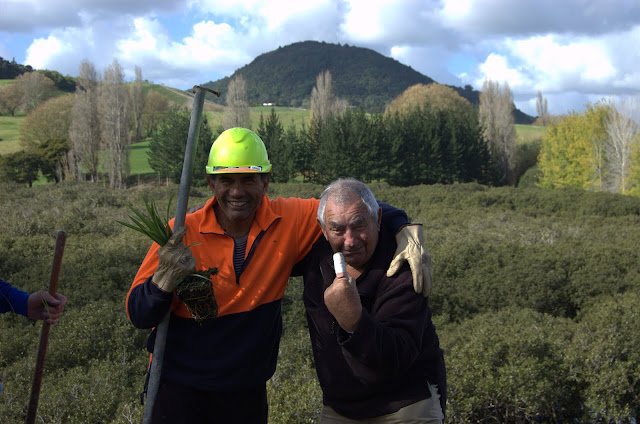 If it isn't the power of true community to care enough to raise an immense amount of funds so loved ones can stay close – what is?