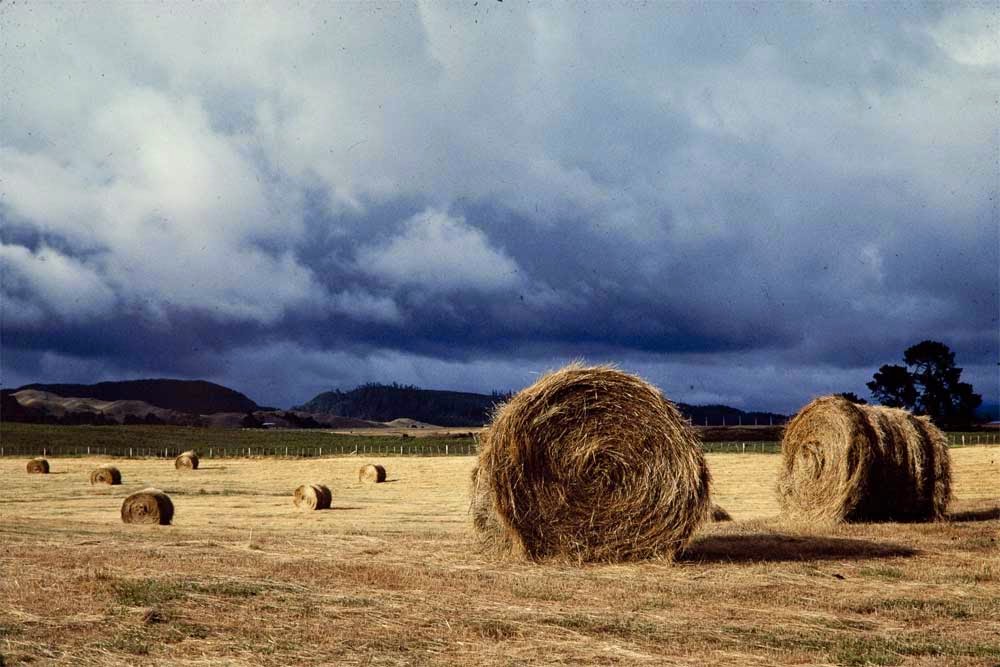 This image by Eric Young of a moody New Zealand landscape with the storm filled sky in the background reminds me very much of what the sky here over the farm has been for a couple of days. I am so over this continuing bad weather. The soil is so wet growing anything right now is an impossibility. The grass growth is so slow I'm starting to think we will never actually get to have a decent spring. Despite all of that woeful outlook, it's a matter for everyone reliant on the weather to get things done heedless of the challenges faced. I've hardly blogged about much of anything lately, not much really to write about except the mud, more mud and yet more bad weather. I could discuss my endless digging of drains to keep the water away from my humble little home - but that is a rather boring subject. I've lost my digital camera as well. I just 'know' I put inside somewhere. WHERE it is ? Idiot here has no idea where she put it or why it is the electric fence is still shorting despite checking cables, insulators, every bit of fence and yet I still can't locate it. Frustrating so say the least! I'm completely over it all. On with this post and blow the moaning. 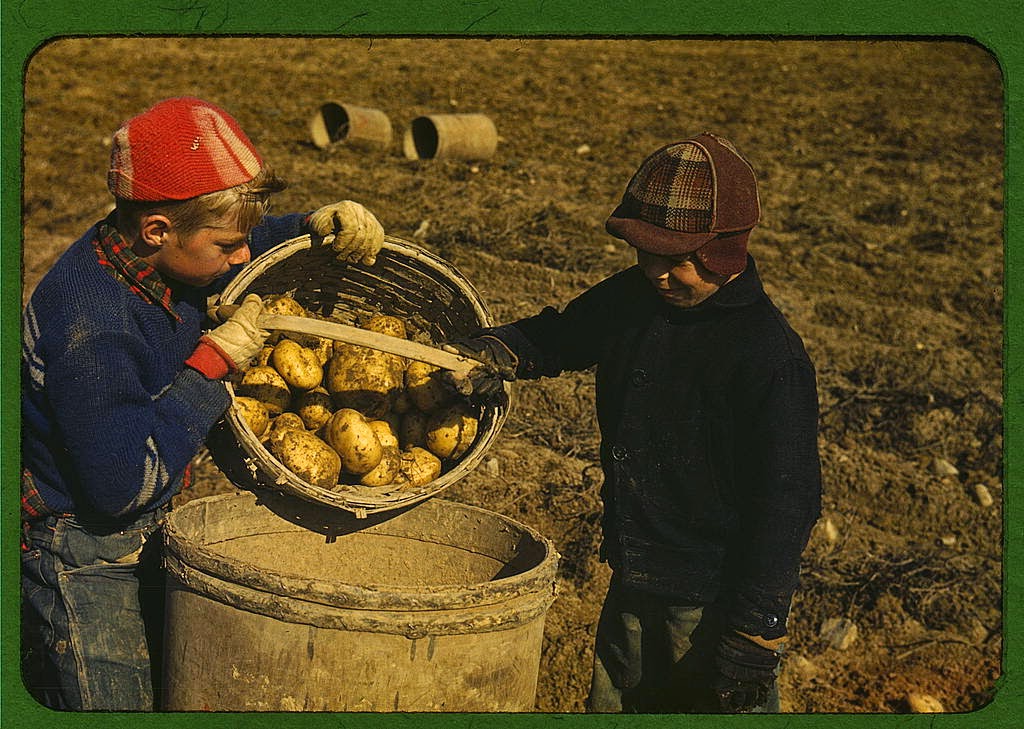 Children gathering potatoes on a large farm, vicinity of Caribou, Aroostook County, Me. Schools do not open until the potatoes are harvested (LOC)

On October 16th, World Food Day is upon us. There was a bit of a discussion going on Twitter with the awesome crew @farmon about the focus being this year on family farms. The concept of a farm being in the ownership of the same family for generations is sadly a vanishing ideal. Many farms now are owned by the banks and urban based investors. Despite that reality globally, there are still farms maintained under family ownership. As most now these days, are used to just going to the supermarket and buying the neatly packaged up items to put on their table, not a lot of thought goes out to just where all of that food actually comes from or who grew it so they could eat. Farmon.com based in Canada have suggested the idea of the hashtag #ToastAFarmer for celebrating the farming families that grow our food across the world. We had a bit of a chuckle about a toasted farmer being served up with butter and jam. Of course it's the other kind of toast - as in raising a glass to those who work hard to feed us all. My farm only grows weeds and a few struggling trees right now - my soil is horrible and will take years to sort out. Even so I've grown a great garden in the past, the last few years I really haven't had much luck because the cattle, possums, pests and the frosts have had their way. This year.......I am determined to have a good sized bit of productive garden feeding me and the kids. Fruit and vegetables are so expensive these days they are becoming a luxury for many low income families. That is ridiculous and shouldn't be happening but it is. I was watching Country Calender a few weeks ago about Ben and Sharon Smith who farm up at Hikurangi Swamp. They overwhelmed severe flooding after the storms in late June. What had my interest was what they were feeding their cattle. Waste food from the supermarkets which a company in Auckland as I recall processes into pig and cattle feed. It's staggering just how much food gets wasted each and every day. I suppose because of all the health regulations a lot of perfectly good food can't be passed on to cash strapped foodbanks to feed families and people who are going without. Something to think about. The last couple of weeks have been filled up with the kids getting organised for the Christian School Convention at Willow Park in Auckland. The girls spend a week there with different competitions from art to singing and spelling. Michelle last weekend had competed for the first time in the Northland Festival of Arts competitions. For the past year she has been having singing lessons to help her to improve her speech. Michelle had a serious speech delay when she was at preschool. It's part of her autism and has needed a lot of time and effort to get her to where she is now. She came back with a highly commended which is awesome. Maura and Peter Flower have been a rock for Michelle and they kindly took care of her while she was away from home. Inaya and Michelle both did really well at the convention. Michelle took out a first in the coloured pencil drawing section, first in running and a third in her singing. Inaya won the Pen and Ink Drawing section, the spelling and got a first for her black and white photography entry. I am so proud of my girls they are awesome kids. I am actually sorry they are growing up! I've enjoyed them so much. Well that's me for now. Keep World Food Day in mind mark it on your calender October 16th 2014.