Until the cows came home! 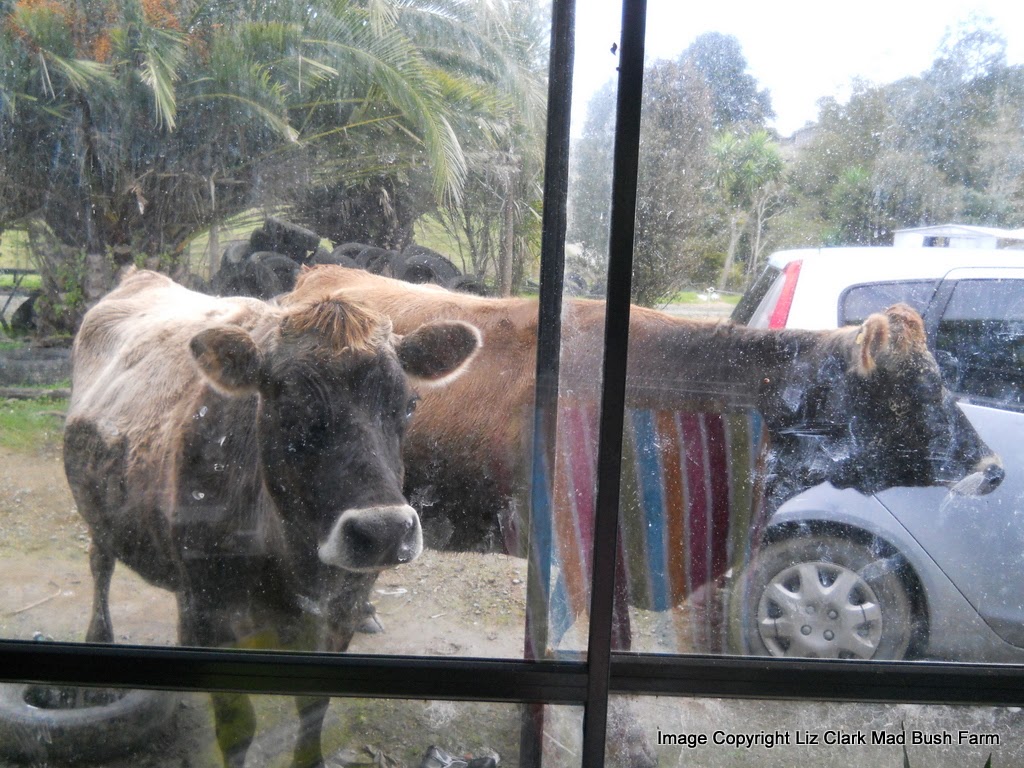 It was nice and quiet earlier today. This afternoon I heard the quad the boys use to shift the cattle on the farm next door. For weeks my two wayward Jersey cows have been running in with a group of other cows and some bulls. I'm not scared of bulls, but I would have been an idiot to go nto that paddock with a few mean looking jersy bulls and most likely get flattened. We just had to wait. Well the result is more than likely Terrorist and River will both be in calf and due next autumn. The first thing these two did was come straight down to the house and wouldn't stop mooing until I came to the door and gave them both some attention. Heck it's like having two bovine kids. I'm just glad they're home and okay. Very grateful to the boys for looking after them. Hopefully Ranger will not ram the fence and let them out again! Winter has very definitely set in. It's overcast most days and cold along with it. Not much really has gone on of late - guess we'll be back to the Terrorist and her comedy show. Hope she doesn't want to climb into our old bath tub again!
Email Post