Back with a rattle and a small banger of a post 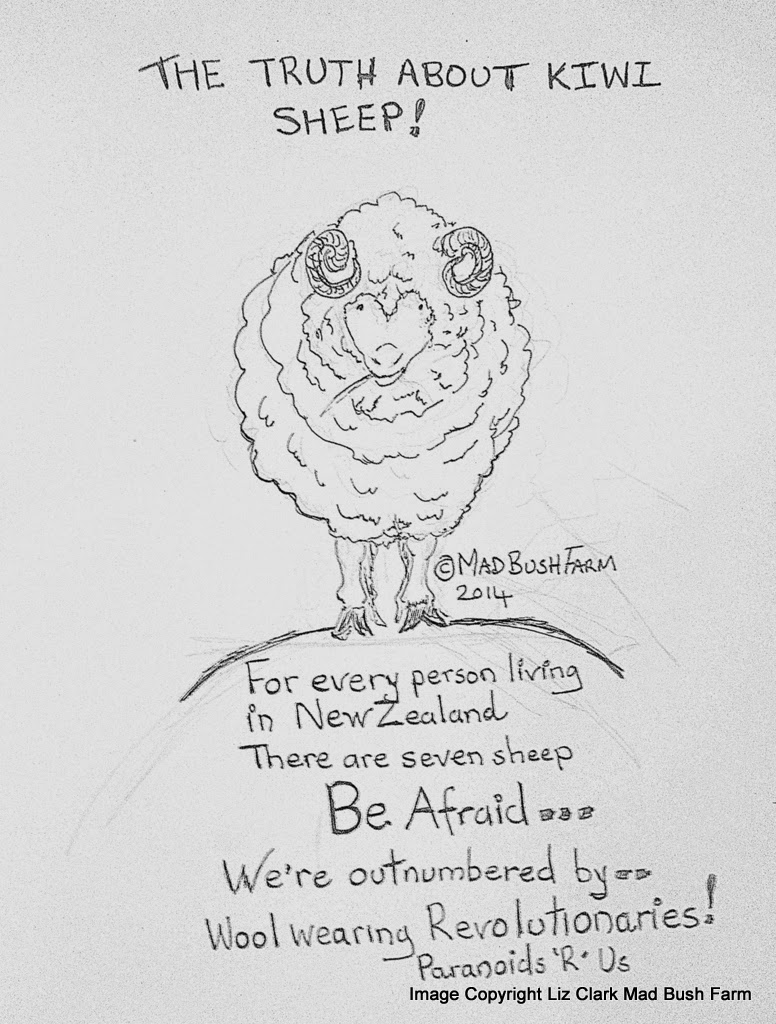 Oh lordie I haven't blogged in weeks. Way too much going on and each time I thought "I'll write a blog post" the words just weren't there to put down. I attempted to have a draft post on standby with little diary type notes and then that fell by the wayside as well. Bleeding my woes all over the internet just isn't how I do things. I've had challenges both family ones and farm ones. We've lost our two cows to next door again. The kids found them in with Terry's future autumn calvers and some bulls. Whoops guess we'll be seeing a couple of jersey calves next year. Any way this is just a quick post to say yes I am still here. When some more words come to me I'll write another post. One thing I can tell you - we have earlier than normal frosts this year. The rainfall hasn't been overly significant either. In a way I'm glad we haven't had huge volumes of rain otherwise by now I would be up to my eyeballs in mud! For some odd reason I looked up how many sheep there were per person in New Zealand. Rather trivial I know. Seven sheep for every person. It used to be 20 sheep per person which just shows you the numbers of woolly brethren have dropped significantly over the last few years. Still we're outnumbered seven to one by wool-wearing revolutionaries! Yes that's my sad humour coming through again I suppose. I was watching an interesting documentary just the other day about a farm in Devon in the UK, and the implications of what intensive scale farming can do to the land. It's worth watching because it's done by a young woman who took over the family farm from her father. It's quite an eye opener. Titled "Farm for the Future" We need our farms and our farmers, in syaing that we also all need to change how we do things to grow our food.
Email Post
Labels: cant be bothered cartoon Farming not writing sheep sustainability