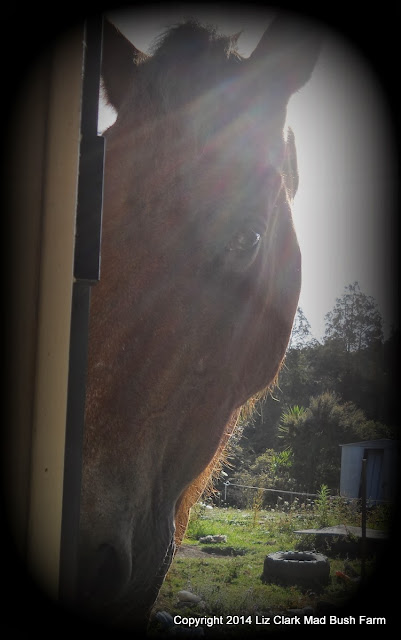 My old friend I've had for over eight years has grown very old. Over the last few days his walk has become slower, and the sparkle in his eye is gradually being replaced by that look that says "I'm tired and soon I will go to my forever sleep" I called him this morning from the other side of the farm. Usually, he would be the first one to arrive at a gallop, knowing he would be put onto some lush grass for the day . The ponies do not need it, but old Ed at over 30 years of age needs the best possible pasture each day. Today though, it took him a very long time, longer than usual. He had stiffly made his way back to where I was. I took him nearly 20 minutes to reach me. All four legs have developed arthritis in the last few weeks, and he's lost some condition. Why? The answer is very simple. He is just very, very, old. It means now for me, I may have to say goodbye to a loyal equine friend I love very deeply. 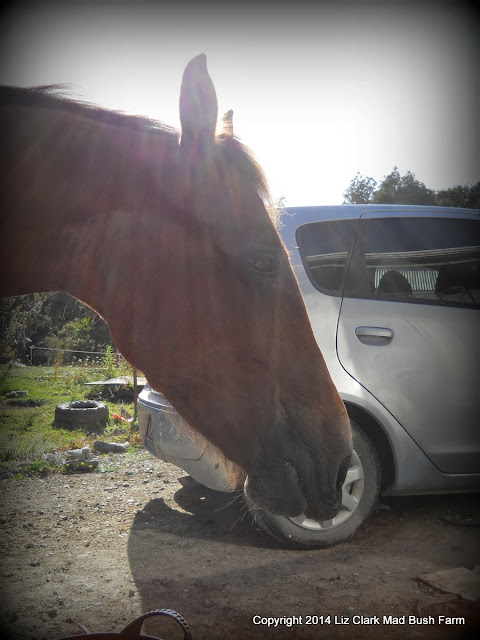 He's given me and the kids so many years of joy.  Hard to believe he was a rather frightened horse, when we first got him. Free to a good home, never be any good for riding and maybe he would last a year or so before he would have to get a bullet. Almost 9 years on the horse we were told would always be lame and not much good has given me some incredible rides, taught the kids a thing or two about cunning old trickster stunts and kept four young horses in their places, is telling me he is tired. He was down here tonight eating his feed, and even that took a long time for him to do. 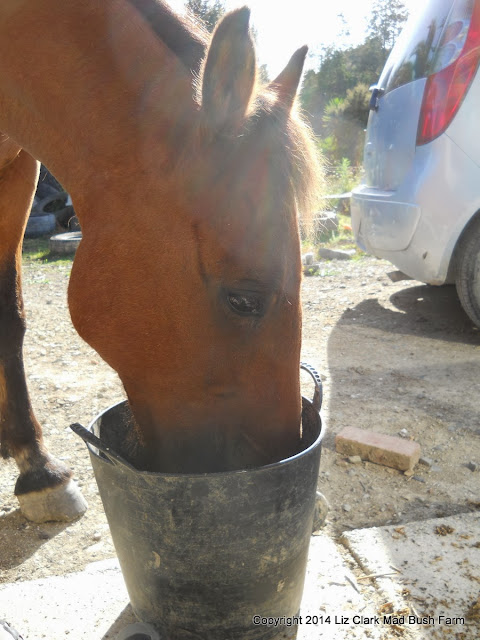 I'm dreading having to make a decision to send him over the Rainbow Bridge, but that day is sadly approaching; sooner that I wanted. That day will not be a happy one for me, but I also know it will be the right thing to do. When the time comes, he will tell me in his own quiet way, as our old animal friends always do, when it is time to rest. For now, I'll enjoy each day I do get to have him here, and keep a close eye on his well-being. He won't be sent to the hunt club to feed the hounds. I won't be repaying his loyalty in that way. Time now to start preparing to say that final goodbye. And when that day happens, I will miss him - a lot.
Email Post
Labels: hard decisions horses old age rainbow bridge