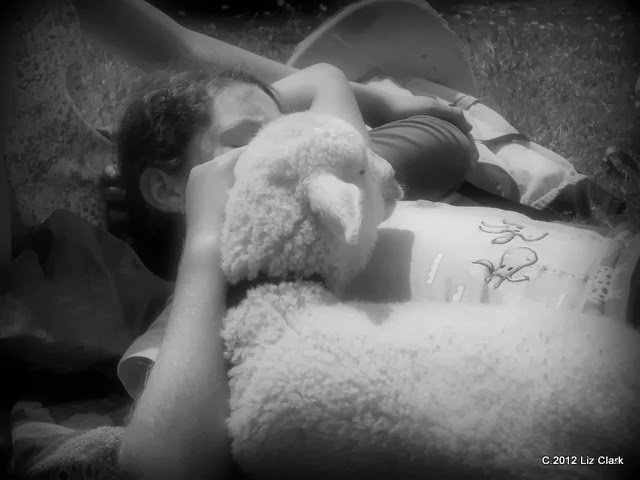 Just over 20 years ago, a friend of mine had a dad who was a very hard man. Rex was your archetypal hard-nosed farmer, who liked his seasonal duckshooting, and a beer after a long day out on the farm. He farmed sheep, mainly for the fat lamb market. Each year, the ewes would give birth to appealing little lambs, and each year once they were old enough, the lambs would go off to the works. No lambs were ever kept even if they were hand raised. Once they were old enough, pet lamb or not it was off to the works! No exceptions made.

One late winter, when Rex was out checking the ewes during lambing, he found a wet, bedraggled new born lamb lying in the mud. It was so small, he considered right there and then, putting it out of its misery. But, instead he stuck the tiny lamb inside of his swandri jacket, climbed back on his quad and carried on the rounds. The lamb was one of triplets, but the ewe that gave birth to it had decided the tiny bawling wet bundle was one too many to mother, and had left it to the elements.

A couple of hours on, Rex got back to the shed with the quad, and headed inside to have breakfast. He had forgotten all about the lamb now sleeping inside his swandri jacket. He had sat down to eat, when his wife asked him what the bulge was under his swandri. Rex shrugged, and told her it was just some lamb he had picked up. He planned to put it down, after breakfast was over.

After a good size feed of farm killed bacon and fresh cooked eggs, Rex headed back out to do the deed. By the time he had got out to the shed to get the knife, he decided this lamb was worth trying to save. Why that was, there never was any explaination. Just a gruff "We'll sort this one". Rex got a bottle, the lamb formula and an old towel, then sat down with the lamb on his lap. He gave it a feed, put it back inside his jacket, then went back out on the quad to check the fences.

For a couple of days, it was the same routine, with the same gruff response each time Rex was asked by his wife just when he was going to put the lamb out in the barn. "Not yet, it's still needing to be kept warm". Off Rex would go again, with the lamb under his swandri and back out onto the 400 acres or so of rolling hill country. By now the hard nosed farmer was getting attached to the tiny wool clad bundle that now followed him around like one of  his farm dogs. So he gave it a name. Thus Lincoln the lamb was christened.

Giving a name to a lamb on a farm that sent sheep off to the works each year, was not the done thing to do. Rex though had decided Lincoln the lamb was his and that was that. One afternoon, after a long hard day of thumping in posts out the back of the farm, Rex the hardnosed farmer came tiredly inside. He switched on the television to watch a rugby game, then settled on the couch with a beer to watch the game. Lincoln the lamb had followed him inside. Perhaps Rex was just too tired to care. The lamb was found, along with Rex sound asleep on the couch, with a rugby game still blaring and a half consumed can of beer left on the side table.

Lincoln Lamb never ended up being sent to the works. Instead he remained on the farm as a whether, used to keep the back lawn down. He lived 16 years, before finally one morning, Rex found him dead. Old age had finally caught up with Lincoln Lamb. That was the first, and last time, Rex was ever seen to shed tears. Even the hardest of farmers, can at times have a very soft heart. There never was another pet lamb on Rex's farm. He always told us all, there was never a lamb that could ever replace  Lincoln, his special mate.
Email Post
Labels: Farm Story lambs sheep yarn