Takeover Cats,Mudlarks, Eels in buckets and kids with calves 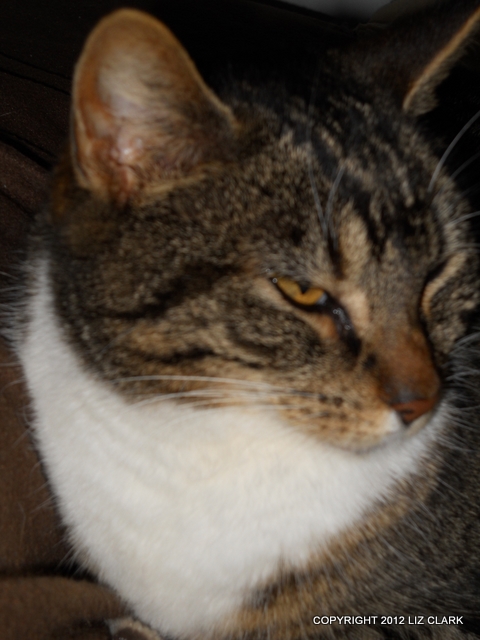 Other than nothing but rain and if we're lucky a mere glimpse of that longed for sunshine we have the usual madness going on. Take the above picture of one cat with a "CEO Takeover Cat has ur bed" look. Inaya goes into her room to have a sleep. Just a slight technical hitch with that plan. Emerald decided to take control of the pillow and part of the bed where one would normally lay themselves down to rest. Result the above glare. Cat Takeovers........watch out for them they're always waiting to pounce... 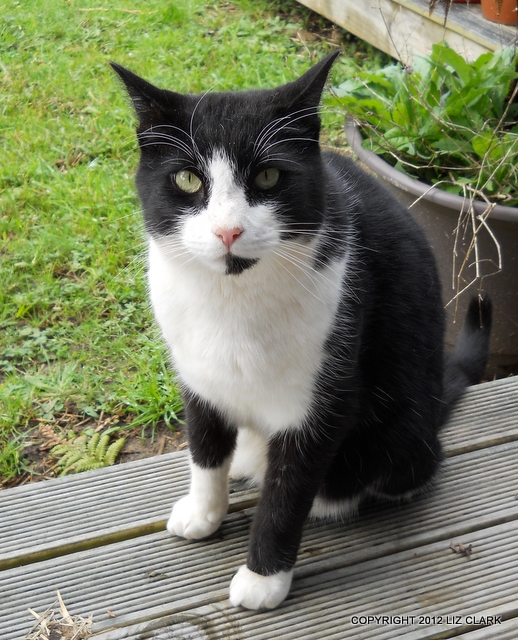 Meanwhile the next day up at my Mum's place a certain almost 'transformashun to basement cat 100% complete cat' named Buffy decided to be an evil farm fishing cat and capture a goldfish. Um....lucky I found it in time and biffed it back into the pond. He was not impressed by this at all and gave me the 'wink' I'll have to be very careful...very careful indeed. 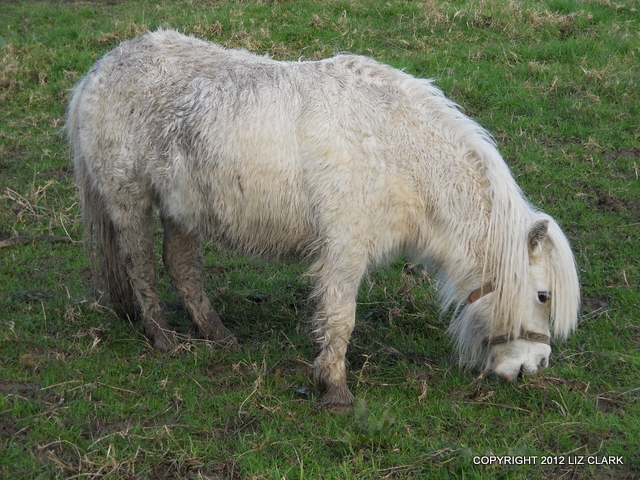 The next few photos really show just how wet it's really been here for several weeks now. The farm is sodden and with it comes very muddy ponies and horses. The Tempest was one of the cleanest.! 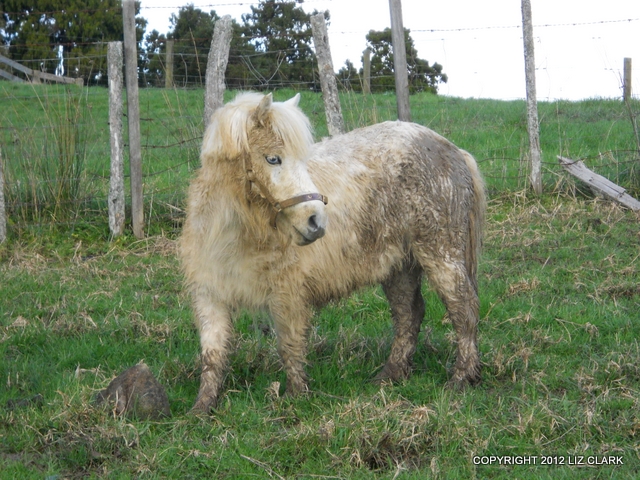 Little Spiritus was absolutely filthy and it took a while to brush all of the mud off once it had dried. Fun...not! 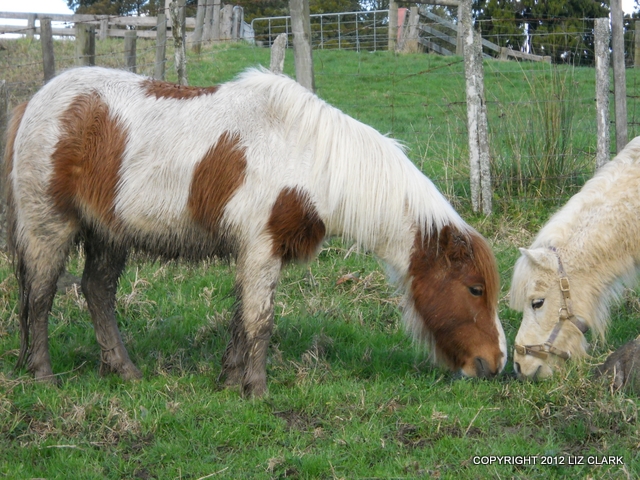 Ranger wasn't too bad, and for a change he was actually being nice to the little horses, instead of chasing and kicking them like he usually does. We suspect Ranger is a rig, but his temperament overall has been very good. I think he's just a little bully. Even the cows get chased! 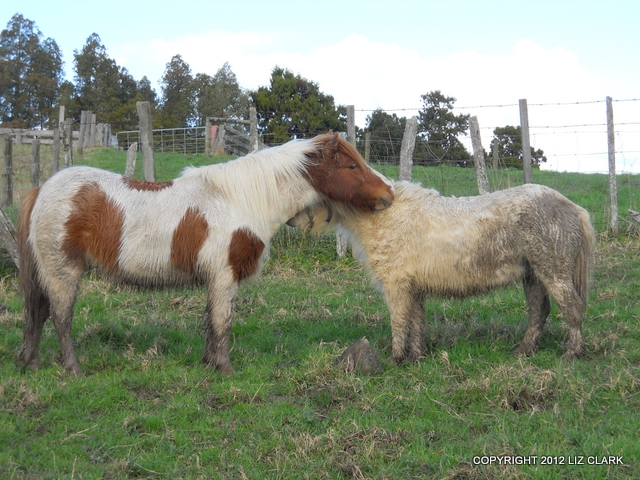 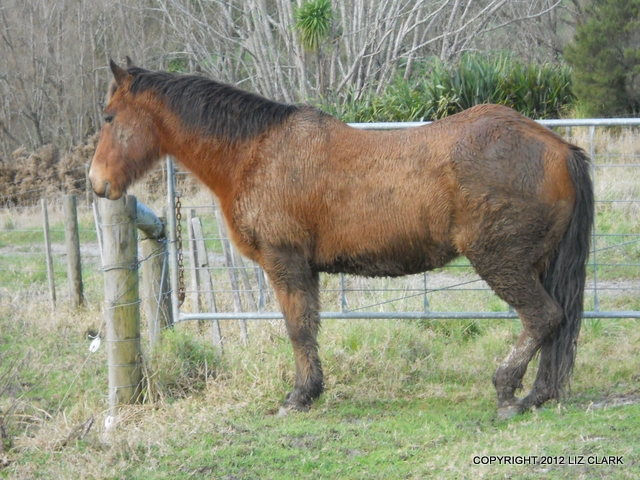 The old man at 32 isn't doing so badly. He was filthy as well and took a couple of hours to clean up. Of course it just had to rain again and he had to roll. So muddy horse and brushing will be the norm for a while. He's on hard feed to maintain his weight. Older horses do need extra care. We're just waiting for his cover to come back from being repaired since he loves to tear them up into bits. 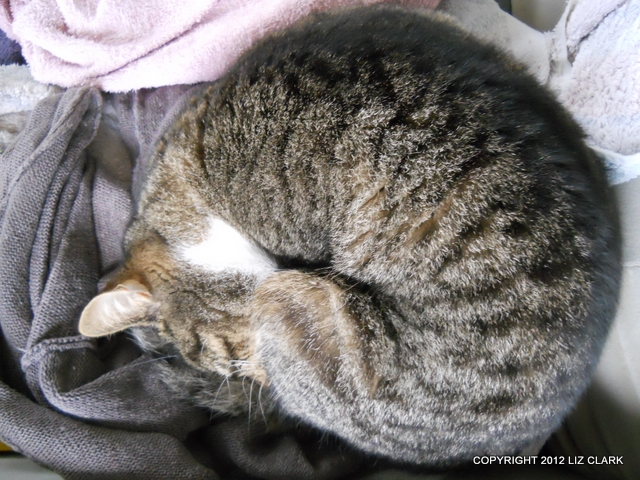 Meantime while I was out brushing four horses and getting covered in mud CEO takeover cat decided to become a striped nautilis cat, and sleep her life away on one of the sofas. And of course there had to be a... 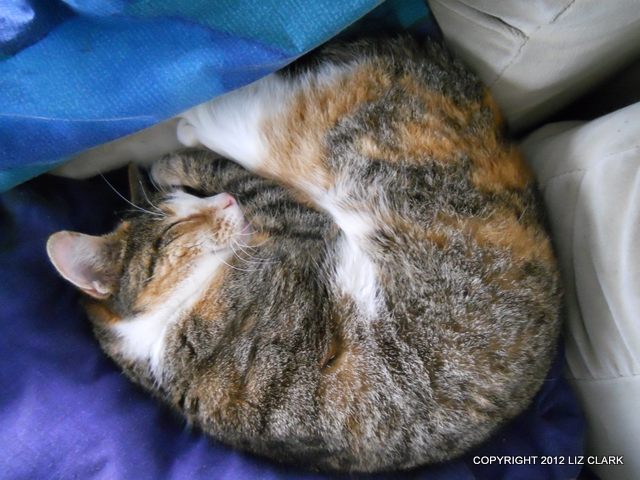 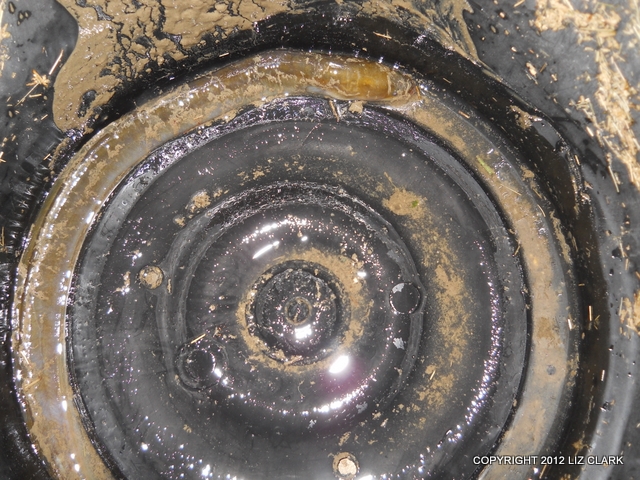 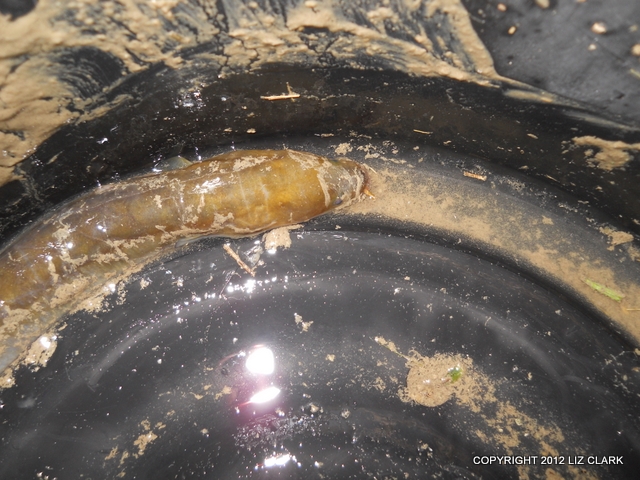 this eel that was minding its own business and sliming its way across our rather muddy lawn. Trouble was Dream decided to capture it then drop it on the driveway. Inaya shot out there with a bucket and nabbed the poor eel before Dream could bump it off. It's a freshwater eel which in New Zealand here is rather endangered. The stocks are down quite a bit. I used to catch eels and eat them. But this one kind of deserved to be let go which it was. So hopefully it found its way back into our stream at the bottom of the farm here. 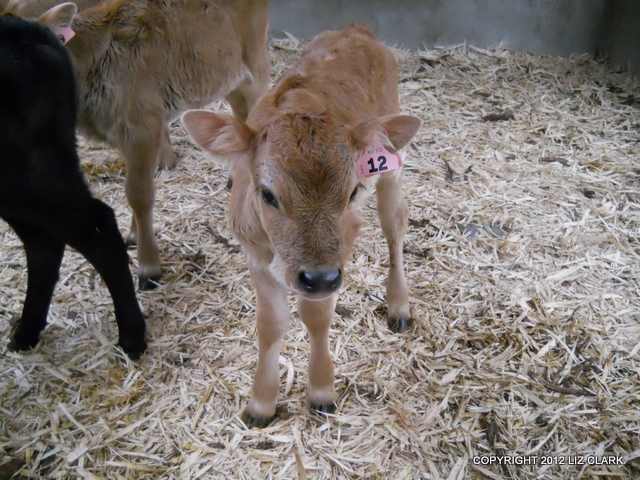 And for Dairy Farmers it's that time of the year when the calves are being born and the cows are back in the shed. This little heifer is one of the replacement calves at the property of Sheryl and Wes Cullen here in Maungaturoto.  Michelle my youngest is taking one of their calves to the Pet Day for the Otamatea Christian School later in October this year. Wes and Sheryl are running an organic dairy farm one of 50 in the Northland Region. That means no artificial drenches or fertilisers allowed on their property. They're 100% organic which makes for a lot of hard work but very interesting farming. 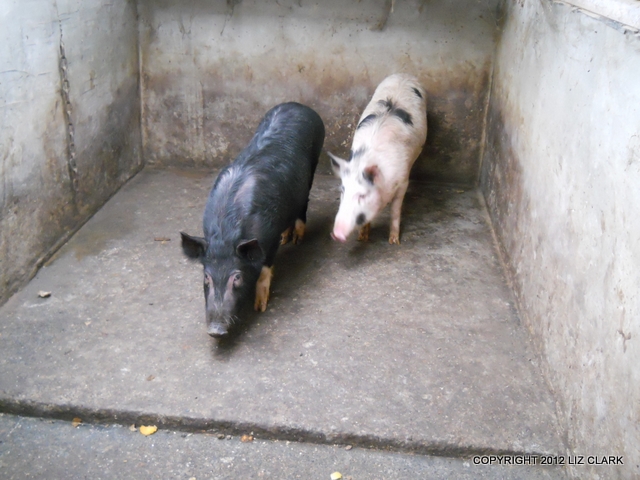 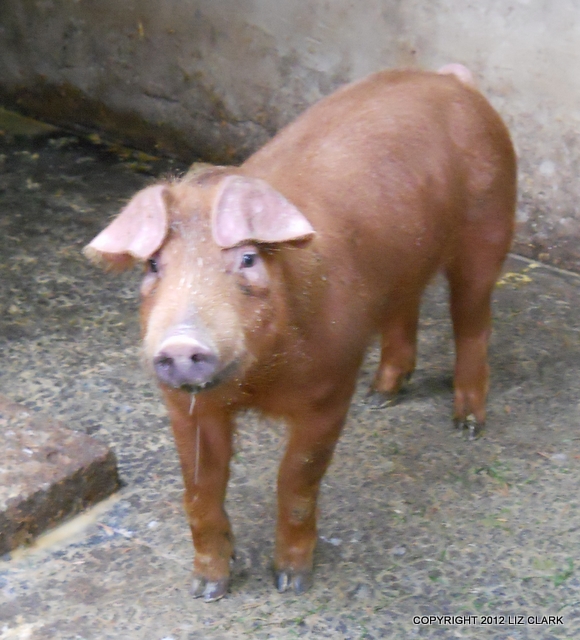 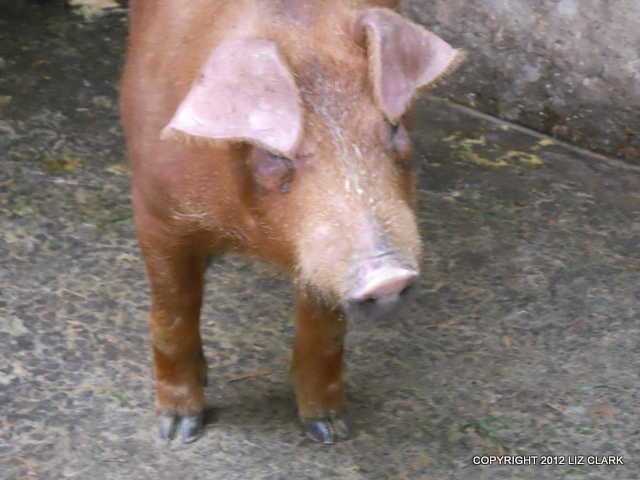 Instead of three little pigs there are four little pigs on the farm which of course will be turned into bacon when they're old enough. The orangy red coloured pigs are called Tamworth which are a heritage breed. They do make for very good eating and can be left out in the paddock. 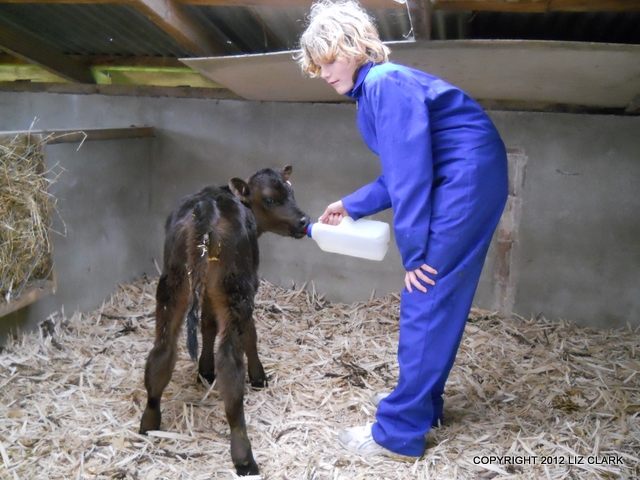 And here is Michelle with the little calf she has chosen to take to the pet day. Sheryl loaned her a pair of overalls to wear. So I think her idea of wanting to be a farmer later on is kind of on its way there.
Well that's me for another blog post. Hope everyone is well, happy and doing okay. Until then have a lot of fun and keep on smiling.