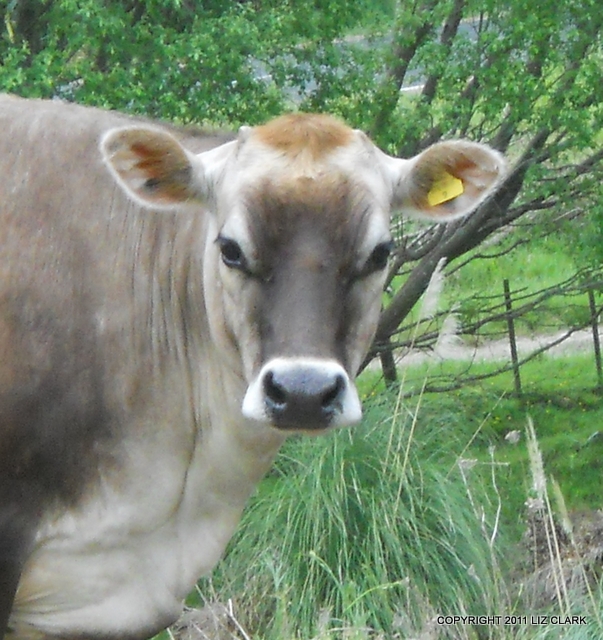 It seems to me life would never be the same without my two jersey girls. The Terrorist at three and a bit years and River at 5 years old are due to have a visit by a friend's miniature hereford bull.  Oh fun...another bull. This time though it's only for a short duration. After discovering the cable on my electric fence was shot to pieces, a new replacement has seen the Terrorist and River both at last behaving themselves and not escaping into my mother's garden. Let's just say the Terrorist on her last 'let's barge the fence' attempt had a shocking time. No more of that tactic going on. 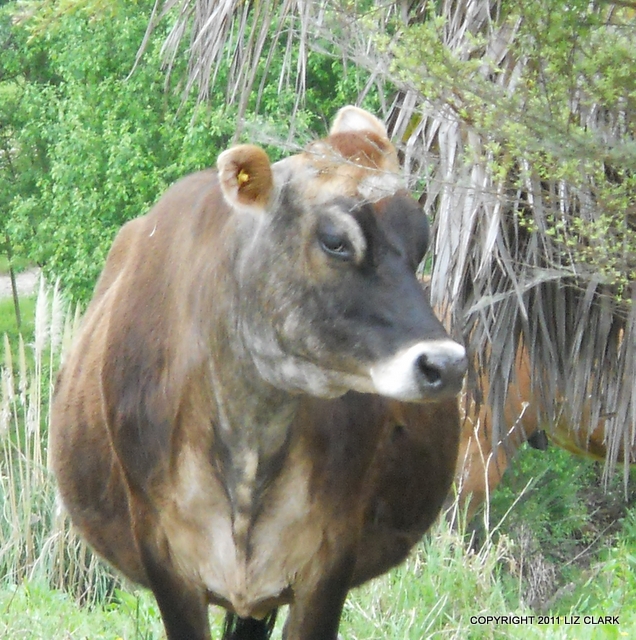 Meantime Miss Greedy Lily is growing fast. She's almost 8 weeks old and has suddenly sprouted a pair of longer legs and the appetite to go with it. Jersey calves are always very cute and then they grow into well...cows that eat your garden, ram your fences and basically cause a life of mayhem. I wouldn't have it any other way. Life would be very mundane indeed without the antics of the Terrorist. She ate my hair the other day - oh what's new there! 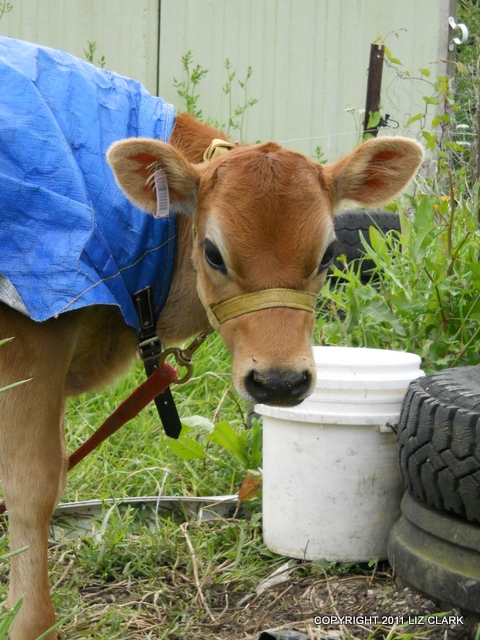 Meantime just the other day I heard a shrieking sound, and next think I know there is a White Faced Heron dropping down just beside the house. I managed to get a photo before it flew off. The cats were figuring on heron pie for dinner but with that big sharp beak and long long legs the idea of that happening was soon put on the shelf. Silly cats! 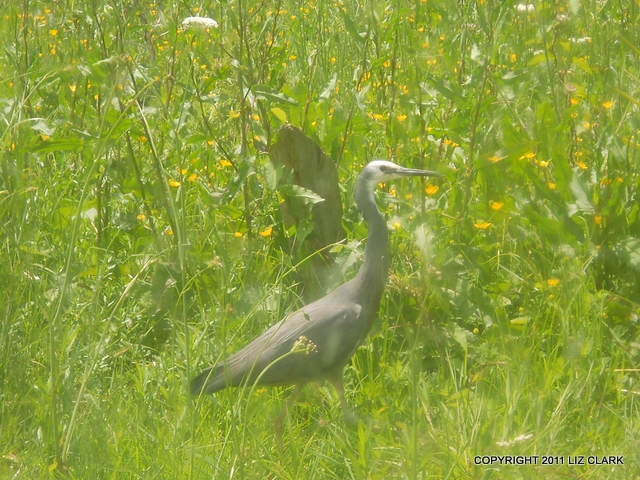 Hope you like the photos! Have fun folks and hope everyone is well and happy.
Email Post