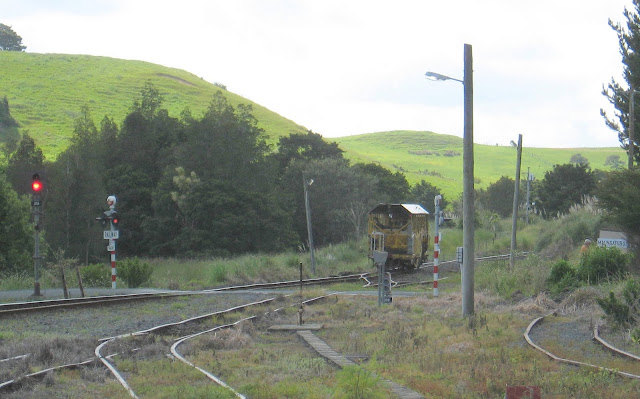 Somewhere in Wellington our capital city, in some dark little office, a troll-like economist is busily typing away, making up grand schemes at the behest of our ahem current 'National Government' to take the axe to much of our government infrastructures.

Way way back in the dark ages of Rogernomics, free market economy, brick cell phones and yuppies in BMW's, not to mention everyone being glued to the latest episode of Dallas on the box - there came to be the legend known as Asset Sales which continues, even now, to this day, if the current government gets their way.


YOO HOO - MR RAPTURE GUY
WE HAVE A NEW JOB FOR YOU
In 1993, dear old Uncle Jim Bolger, aka then Prime Minister of New Zealand, and head honcho of the National Party, privatised New Zealand Railways. In one foul strike of Uncle Jim's pen, our entire national railway network got flogged off to Wisconsin Central, a bunch of NZ Based Merchant bankers, and 'the Berkshire Partners' for a song. And thus was the birth of the newly privatised and now newly named Tranzrail. The irony is,  Uncle Jim later ended up being Chairman of the future Government owned Kiwi Rail. 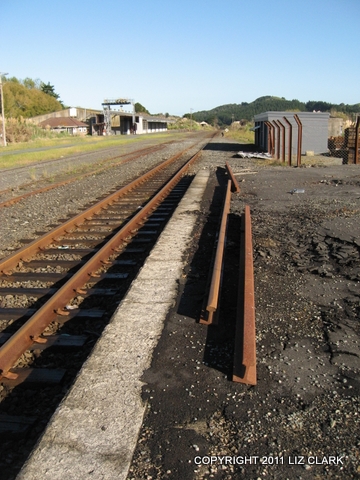 By 2003, our friends didn't want Tranzrail anymore, and in turn flogged it off to Australian based TRoll..I mean TOLL Rail who basically ran it into the ground and said oh well too bad - here have it back but you'll  have pay us a fortune for it...The Labour Government then bought BACK our national railway network in 2008. And here is where we come to the story of Kiwi Rail, and the little troll-like economist in that dark room saying AXE for you!

In order to ahem..rationalise our rather bad lousy economic situation, the axe is being take with a sledgehammer like precision to Kiwi Rail.


If it don't make da money it get da axe! Bring on the rapture guy they say..
Northland Railway network you are doomed!

Well, actually, not quite. But, that possibility, is seriously one of the options that could be on the cards. As a media release from Kiwi Rail in December 2010 advised


Mr Quinn says a review does not mean automatic closure or mothballing of lines.

“It is a process by which KiwiRail can identify lines’ current and future business, long term trends or developments that might influence future traffic and non-financial benefits that lines provide to communities.

“As part of any review of a line, we have committed to following a process of engaging with the community and establishing all the facts, opinions and possibilities for expanding revenue."

“If a commercial view is that a line should close or be mothballed, we discuss with Government and the community options to bridge the gap between a commercial approach and keeping the line open.”

Some folks are saying OI! Like HECK you'll close our Railway!

Still, here's a little bit of history from the tiny town I live a few miles from. One tiny town where once there was a Railway. Led by staunch believers that little old Maungaturoto should have access to a rail service, the noises were being made.In 1873, John Hurndall, one of the settlement's early leading lights put his signature to a letter, on the behalf of the Kaipara Progress Committee, imploring the government to extend the Kaipara Railway to Auckland. Then, Maungaturoto along with most of Northland, still didn't have a railway anywhere near it. Folks had to contend with lousy muddy roads, or take the boat across the treacherous Kaipara Harbour to get to where they were going.


THE KAIPARA RAILWAY. A memorial having been addressed to the Government by the Kaipara Progress Committee, praying for the extension of this line into Auckland, the following reply has been receivod by the chairman: —"Public Works Office, Wellington, 23rd August, 1873 :
Sir, —I am directed by the Hon. Mr. Richardson to acknowledge the receipt of your memorial relativo to the continuation of the railway from Helensville to Auckland, and to thank you for the statistical information relating to traffic accompanying it. The memorialists will probably have alroady become acquainted with the intention of the Government in reference to this line, which was announced to the House of Representatives on the 8th August to the effect that, on the completion of the now survey, specification and plans will bo prepared for contract — 1 have the honor to be, & etc., John Knowles, Under Secretary. —J. Hurndall, Esq,  and the other memorialists, Maungaturoto, ."—[Correspondent.]

In 1886 the late Minister of Public Works was asked by the Chamber of Commerce to furnish a report on the Railway Lines. Mr Edwin Mitchelson at the time spoke favourably of establishing a rail network in the North


Mr Mitchelson, M.H.R. on Proposed Railways
In response to a request from the Committee of the Chamber of Commerce, Mr Mitchelson, M H.R., late Minister of Public Works, has furnished a report upon several lines of railway.  Railway. Relative to the extension of the main trunk line from Helensville northwards to the Bay of Islands, he says the best route for this line is undoubtedly from Helensville, through Kaukapakapa, Port Albert, Maungaturoto, Waikiekie, Maungakaramea, Maungatapere, Mangakahia, Kaikohe, passing Lake Omapere, thenco on to some point on the banks of the Hokianga river, thence on northwards.

There appears to be some difference of opinion as to whether the line should extend from Helensville, or branch off at Henderson or Swanson, passing through the Wade and on to Maungaturoto. But there can be no question about the advisability of adopting the line indicated, as it would undoubtedly be the most profitable one.

The length of the line would be about 140 miles from Helensville, and the cost of construction would not exceed £7,000 per mile to finish and equip the line thoroughly. The extension of this line is of far greater importance to the city of than any line now under construction or in contemplation of infinitely more value to tnis city from a commercial point of view than the North Island Main Trunk line. When complete it will be the means of settling thousands of families, as there is a very large area of really first-class land that will be opened up by it.

Arrangements have been made for the section of railway between Ranganui and Huarau, on the North Auckland Main Trunk line, to be taken over by the Railway Department from the Public Works Department from to-day (April 1st). It is expected that an- official opening ceremony will take place., and probably the new Minister for Public Works, the Hon. J. Gordon Coates, will attend and declare the section open for use by the general public. The section is about seven miles in length, and includes three stations—Bickerstaffe, Maungaturoto and Huarau.