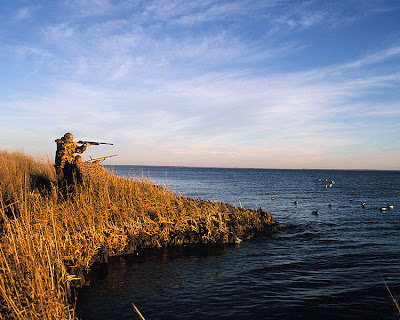 Image US Fish & Wildlife Service on Wikicommons
Federated Farmers rejects a recent push by Fish and Game looking to force landowners to pay new hunting fees to shoot ducks on their own land.


"Any attempt by Fish and Game to charge farmers for the right to shoot ducks on their own properties will be opposed,” says Donald Aubrey, Federated Farmers game and pest management spokesperson.

“Fish and Game chief executive Bryce Johnston wants this new 'tax' to be introduced so that they can collect more revenue from farmers. There is no good reason to tax those attempting to control duck numbers on their own farms.

“This is also completely outside the legislative requirements of the Wildlife Act which specifies that any private land owner may hunt on their land without a licence. This includes all family members.


“Farmers, like anyone else, must hold a current firearms licence and abide by the other restrictions imposed by under the Wildlife Act before participating in the shooting of ducks.

"Most recreational duck hunting is also undertaken on private land or as a result of access provided by farmers. As hosts, landowners will not welcome being charged any new fee.

"If Fish and Game are having cash flow problems then they need to look more carefully at their own expenditure, rather than attempting to hit farmers with burgeoning new costs,” Mr Aubrey concluded.