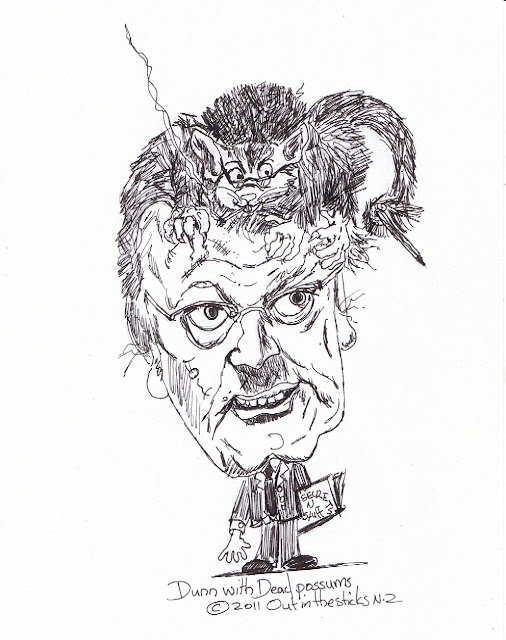 Peter Dunne of United Future is dunn with Dead Possums. He hates Road Kill on his head so he told the New Zealand Herald just a few days back.

We here at Mad Bush Farm have a solution to Mr Dunne's dilemma of the jealous bald journalists and their mean comments.


We propose to provide Mr Dunne with a living politically minded possum that will fulfill all the needs that are required of said dead possums stuck on a United Future MP's head.


Mr John Campbell of TV3's Campbell Live can then properly interview the furry new addition and will need to insist the hairy creature stops dropping fag ash on his new Versace suit while they're live on air.


The glasses of course are provided by a Parliamentary Select Committee having evening drinks at Bellamy's and hiding those meat pies they aren't supposed to be eating.


So to you who are the jealous bald journalists, all one of you....give us a call we'll provide a jealous bald possum to sit on your head and ask all those awkward questions.
Email Post
Labels: bad hair days cartoon Dead possums Peter Dunne