Butter wouldn't melt in the mouths of this (mad) lot! 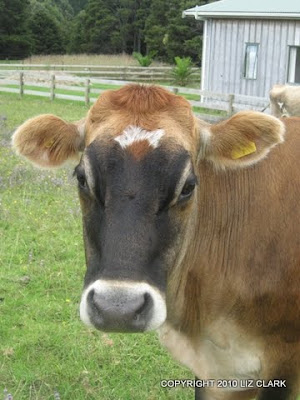 River
Anyone would think they owned the place the way this lot are looking at me. We're down to just three now here on the farm. Ocean made one too many escapes so she has been sent off to another place. 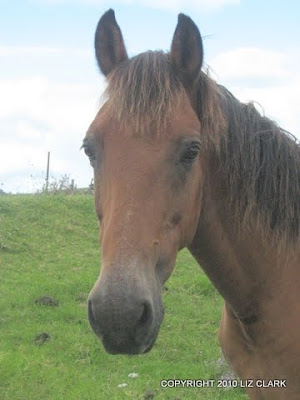 The old man is getting on in years - he's now 30 and starting to slow down. He's the boss of the other two and even though he is a horse he rules over the herd. If I separate him he frets for River so it's easier to leave him in with the cows. 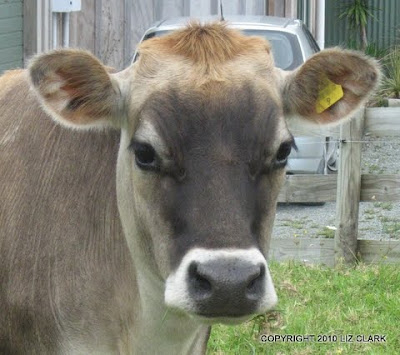 The Terrorist - artistic bovine (NOT) in training

Meantime the Terrorist went for a visit into my art studio a few weeks ago. What a mess! She had eaten some of the poster paint, pooed everywhere then slept the night in there with me none the wiser for any of it. I don't think she would make an artist anytime soon, unless you count the poo paintings she left on the concrete floor. 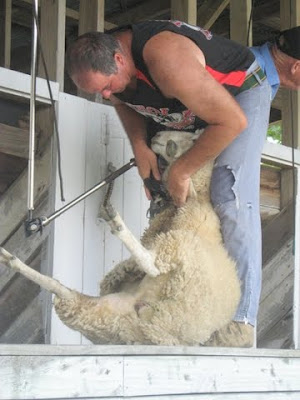 It's hot hot hot hot here. We've had a cyclone plow through and another one expected later this week. Have to feel sorry for the folks in Queensland who have been hit the hardest by these tropical storms. Our weather is changing more rapidly than we can anticipate. The temperatures in New Zealand in 2010 were the highest on record. 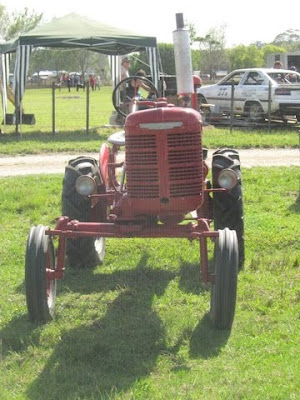 An old tractor reminds of days gone by

The only good thing about all of this rain we've had recently is the grass growth. The summer before we had a bad drought and it looked like we were headed for another one. Even so soil moisture content is still very low. 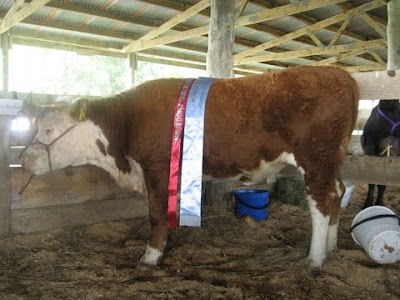 We're looking at a bull for River and The Terrorist for December. Close friends of mine breed Miniature Herefords. Inaya showed one of their 2 year olds at the Paparoa A & P Show last Saturday and came a way with a Reserve Champion. We've had a look at the two bulls, and one named Ernie may come over to visit at the end of this year. We'll see what happens there. You can view some of these wonderful Miniature Herefords on the Hereminis
blog and read some of the great stories Janet has written about her passion. She runs Riverlets Minature Hereford stud. Check it out.
Email Post
Labels: 15kg terrorist Edward horse jersey Miniature herefords old man paparoa a and p show River