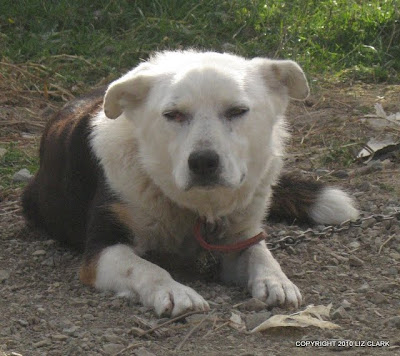 Talk about having one of those weeks. It's the same old routine around this time of year. Certain Chickens decide to hoard their eggs and hide them in the deepest depths of my weed infested excuse for a garden. Broody hens are a pain in the rear. Last year we piled Feather's nest with rocks and stole her eggs. What did she do? Moved location next to the pile of rocks for the love of..oh never mind. There she sat stubbornly for 6 more weeks on nothing but flattened grass. Go near and heaven help you. Ninja Chicken attacks! 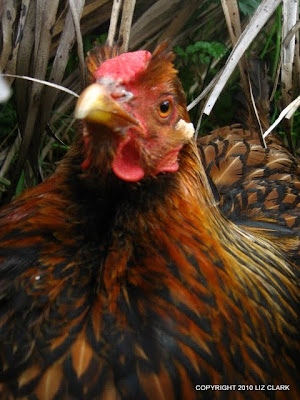 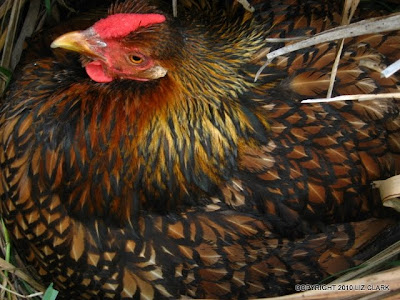 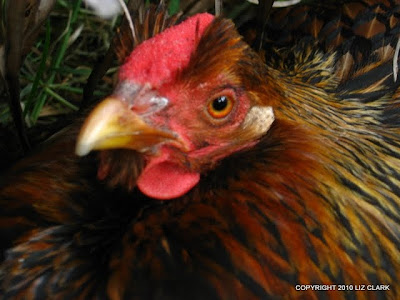 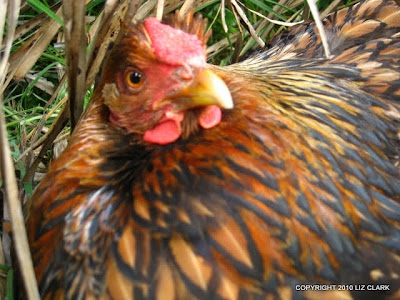 RIGHT! That's it! Now you lot are FOR IT! 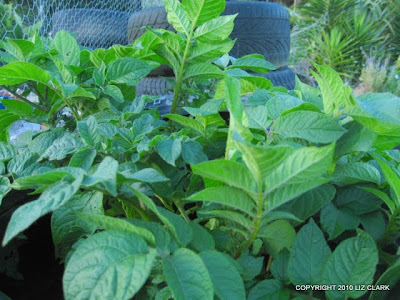 Meantime I've finally got off my backside and got the vegetable garden sorted out. It's all fenced to keep the chickens out. I even have potatoes growing in old tyres on the outside. I was racking my brains to figure out what else I could use as a growing medium other than potting mix. Our soil here is terrible as in glop in winter, and concrete in summer. It's so bad few plants even want to grow in the stuff! 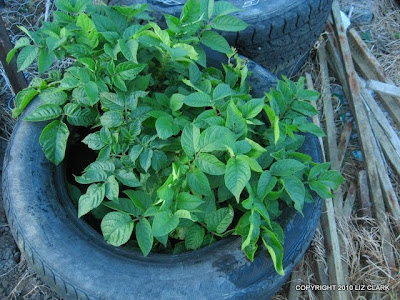 I put paper in the bottom of this tyre then heaps of horse and cow manure then put in potting mix and the horrible clay to get the potatoes going. I added blood and bone as well and prayed it would work. Which is has. Then the lightbulb came on. I remembered that we had a heap of dead Argentinian Pampas down in one of the paddocks. They clump and build up in layers. Underneath is beautiful rich soil. So guess who has been going down there to nab the stuff.. Two more tyres have been filled up with manure and the soil from the pampas with potatoes thrown in. 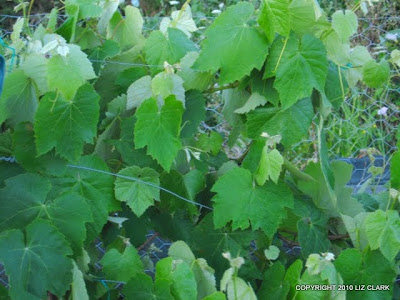 Three years ago I bought a heritage grape vine named Bishop Pompalier. It's struggled terribly in the terrible soil so last year I put a tyre around it and put in loads of manure and whatever else I could find to try and improve its situation. This year it's paid off. The vine is fruiting and we should have loads of grapes in the new year. 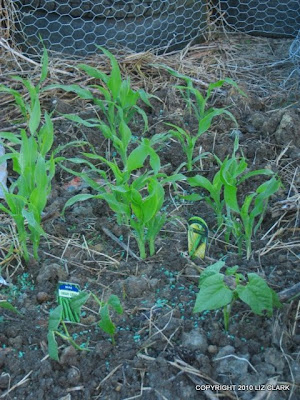 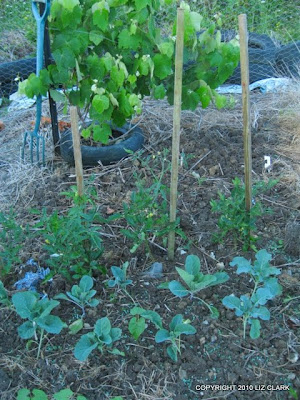 I've planted corn, tomatoes, broccoli, cauliflower and beans so far. More stuff to go in but at least it's a start. I did have a Zucchini BUT despite lots of snail pellets being put down the sods had a field day on that and on most of my seedlings one very dark night. I can only put it down to an Alien Conspiracy. They sent those mutant snails because they knew I had at last provided their creations with the perfect food source. I hate snails.. 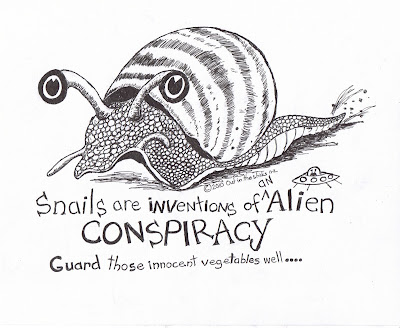