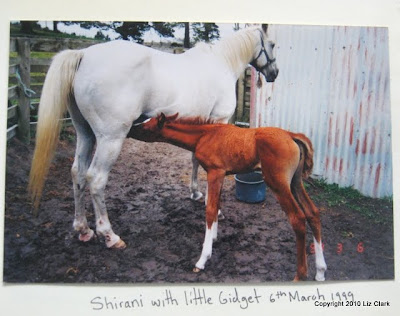 This was my eldest daughter's pony club mount Shirani. She was a lovely Arab mare who had been a mother to six foals. Little Gidget was her 7th foal. Shirani was 23 years old when this photo was taken. 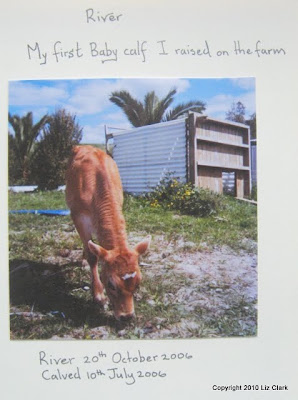 River our eldest cow at just over two months of age when this was taken. She was so cute as a calf. She's still friendly even now..but I have to watch those horns of hers. 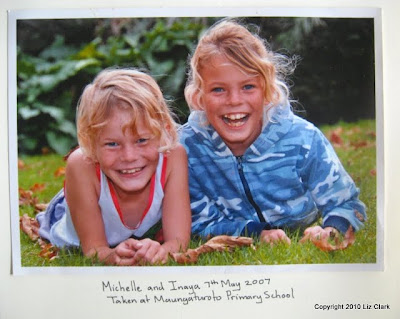 Inaya and Michelle Aged 9 and 8 this was one of those lovely school photos we get taken each year. 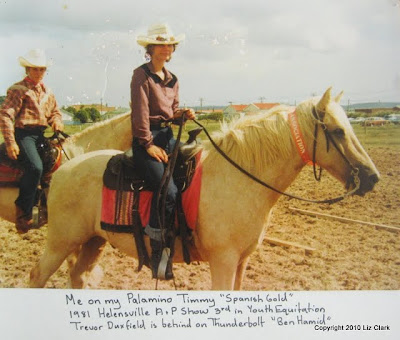 Yes this is me at 17 years old at the Helensville A & P Show in the Western Ring. Then there were no hard and fast rules about the proper way to do things. Western Riding was relatively unknown in New Zealand. I feel in love with it (must be a cowgirl at heart). The pony is Timmy. He was my best friend and I was about the only person he never tried to throw off. Great pony. Sadly he had an accident and had to be put down. 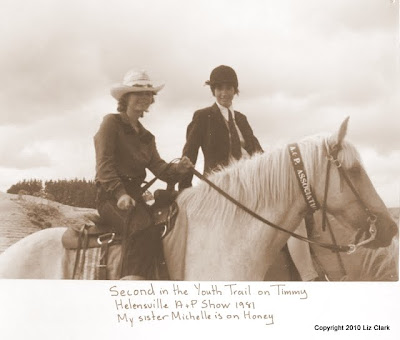 Hmm yes there I am again on Timmy and my younger sister Michelle who also still rides is on an old mare named Honey. She had hurt her foot after a thoroughbred gelding she was riding in the hack ring decided to stand on it. So she was sidelined. We had such a fun day. Our Mum and Dad came along to watch their two youngest kids get out there and have fun. I had a couple of ribbons out of it and a few lessons learned in the process.

Well it's not exactly the Family Album but a random collection of loose photographs I found and decided to put into a small scrapbook just in case they got lost or I forgot what they were all about. Some are from over 20 years ago as above. Hope you enjoyed them. When my camera is working again I'll photograph the rest of them.
Email Post
Labels: animals country kids Dairy Farming family photo