Where has the week gone!? Or maybe it was two weeks? 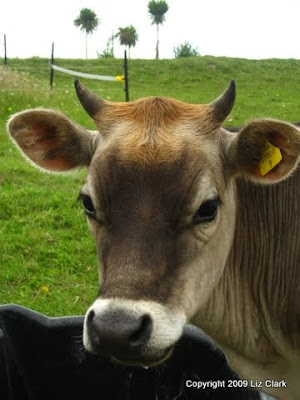 I'm starting to lose track of the days with the lead up to Christmas. Today is the 21st of December. It seemed only yesterday I was writing a blog post about Christmas in 2008. I've lost track of people as well! I think at this rate I'll be losing track of myself! Where has the time gone. So much has happened 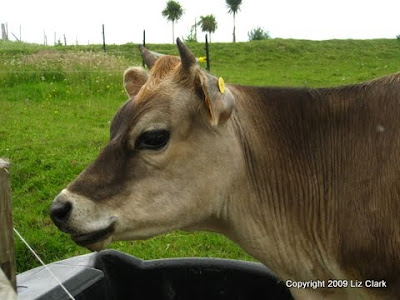 I photographed the Terrorist the other day. She has grown so much but she is still the smallest Jersey I have ever seen. Popcorn River's calf is just over 4 months old and he is nearly as big as she is! The Terrorist is now nearly 17 months old but you wouldn't know it judging by her size. Popcorn will soon be bigger that she is. He has to go shortly off to another farm to start a new life as a future herd sire for beef cows. Meantime his father Micah is still having a wonderful time over at Terry's although he has been toned down a lot by the bigger bulls he is with. 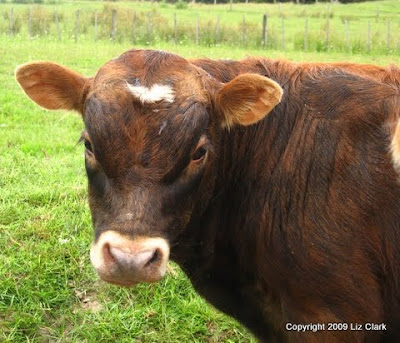 Popcorn looks more Jersey than anything else, but he has inherited Michah's Hereford blood and the Fresian as well. We're figuring he might just be throwing, as far as his size goes, to the Fresian end of things. One thing I do know is he won't be a small bull when he is older. Oh what fun. Not. Glad I won't be putting up with him. When I moved them yesterday he tried to bulldoze a sheep that keeps coming onto our place...yes it's back the one with the wire still around its leg. I hate seeing it limp, but I can't catch it and nobody around at the moment has a gun to shoot it with. I'll try getting it into the yards with the cows when I drench them all next. 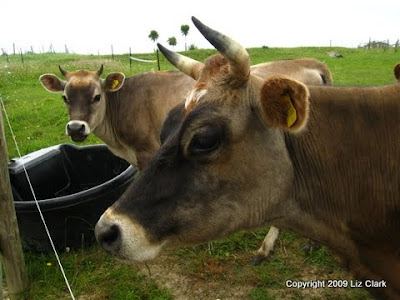 River I think is back in calf and possibly the Terrorist with her. Micah was a very busy little short fat bull before he jumped the fence the first time. So I think the cows all must have cycled before he lost interest. The vet is coming out after Christmas to sort out the two remaining calves here for dehorning and to castrate Ocean's calf - I'll get the cows pregnancy tested then as well. 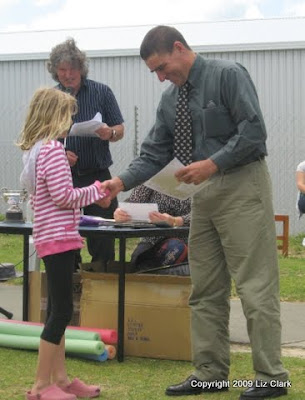 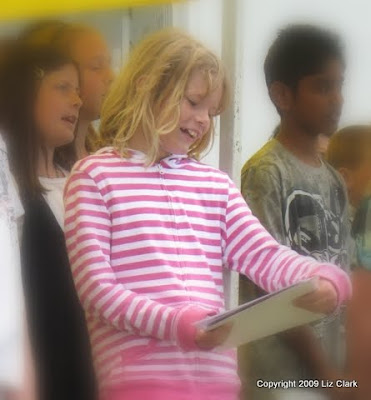 One thing I did have to be proud of and that is the achievements of my two youngest daughters. Michelle (pictured above) received the Academic Award for Art in Year 6. Now that is some achievement for a little girl who has had to battle with her Autism and overcome some great obstacles. Her report said it all. Michelle has reached a reading age of 11 - 12 years. Her mathematics and her written language plus story writing is at the level of year 6 (Standard 4 in the old school system). She has done brilliantly. She also did Road Safety Patrol, Peer Mediation and was also a School Librarian plus she took part in the Kapa Haka Group and the School Choir. Now that is just awesome. Then there was Inaya's big surprise.... 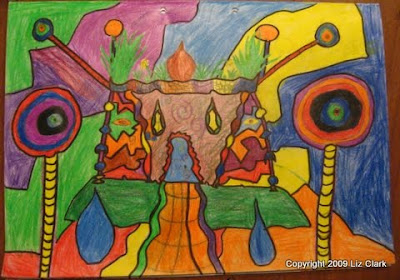 The photo above is an artwork Inaya did during the year at Otamatea High School as part of a study on the life and works of the outstanding artist and architect Friedensreich Hundertwasser
Her art teacher couldn't speak highly enough of it. I love it so much. Inaya thought it was bad...not according to her teacher it wasn't. And I'll back her on that one. Great artwork. I love it! 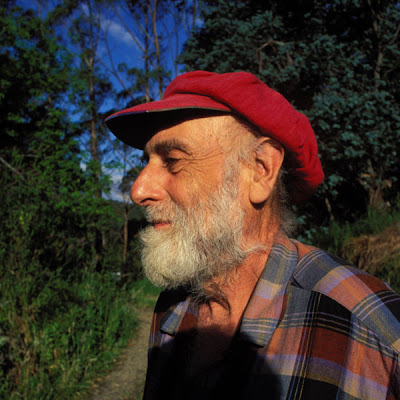 During this year Inaya had struggled with bullies and other problems that go on at all High Schools regardless of where they are. She doubted her own self ability to cope with the school work or to handle the new school she now found herself in. all I could do was to keep telling her to stay positive as hard as it was for her and to keep persisting. She ran a marathon in November and came in the top ten girls. That was another achievement for her. Little did any of us know that in the meantime other achievements had been made. Inaya went to the junior prize giving not really expecting anything. Well how about this. A Certificate of Excellence for Endeavour in Year 7 and with it she was awarded the Cullen Memorial Trophy. She was also the top girl in year 7. A Certificate of Excellence for First in 7SS (Her class number) Social Science, and last but not least a Certificate of Excellence for Endeavour in 7SS Girls Physical Education. And her average exam mark was 80%..so excuse me?That is awesome. Unfortunately I didn't get a photo! I think Inaya somehow will achieve her goal of becoming a wildlife vet
The girls are now in Sydney Australia with my brother and his family for a couple of weeks they will have a ball. I do miss them though. It's too quiet here! 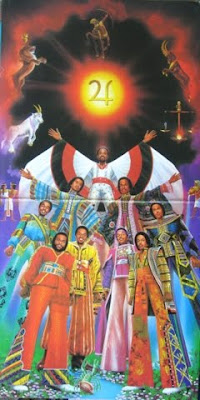 You're probably wondering what this is all about? It's one of my old record sleeves I found when I was clearing out a cupboard the other day. This is the centre of the album "I Am" produced in 1979 by the still very popular group Earth Wind & Fire. I still remember their song "Fantasy" I still like that song. The artwork for this album is a masterpiece in itself. This was done by Japanese Artist Shusei Nagaoka. This so remininscent of the last of the 1970's style where the fashion side of things went. At the time the New Romantics (Ultravox, Visage etc) were slowly starting to take over..I know I was so into it back then and yet I still love that time...ah teenagers for ya.LOL

More to come but I'll finish this blog post here. I have some great websites to tell you all about, some awesome blogs and ...incriminating pictures of Sasquatch up to no good...
Email Post
Labels: 15kg terrorist art farm my kids old albums